Sinead O'Connor vs. the pope, round two 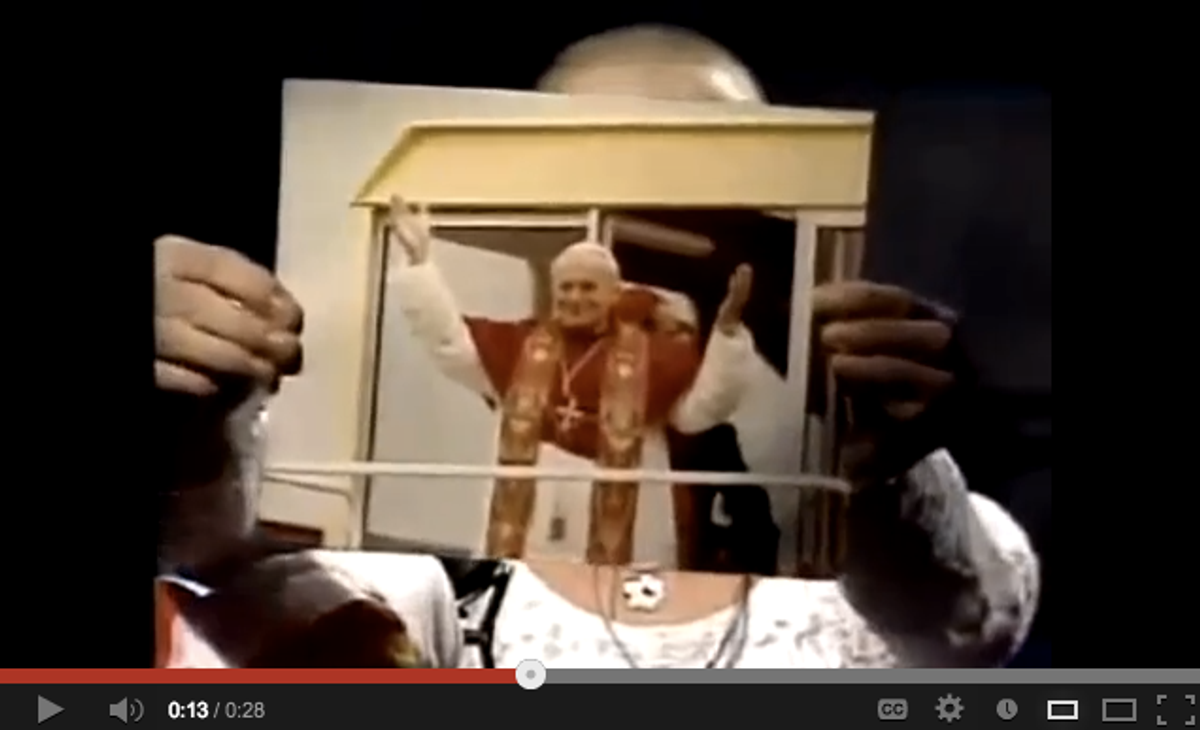 Remember when Irish chanteuse Sinead O'Connor went on "Saturday Night Live" and ripped up a picture of Pope John Paul II? (Of course you do, everyone remembers that!) A move that so shocked the television-viewing public that none other than Madonna -- who only a couple of years earlier had seduced a saint, burned a ton of crosses and committed other sexual unsavories inside a church for her "Like a Prayer" video -- remarked to the Irish Times, "I think there is a better way to present her ideas rather than ripping up an image that means a lot to other people... If she is against the Roman Catholic Church and she has a problem with them, I think she should talk about it."

Well, O'Connor's picture ripping days are behind her, but she hasn't gone soft. Now she is just slicing and dicing the papacy with words.

In a statement on her website, O'Connor "congratulated" the pope on his resignation, writing:

I would like to congratulate Pope Benedict on his wise decision to retire before the very worst of what has been going on is discovered. I appreciate his alluding to some of it in his statement and assure him The Most High forgives those who can faithfully say they did wrong.

I also note with with interest the choice of a day so close to St Bernadette’s feast day to make the announcement. Perhaps her body could now be given a respectful burial and cease to be exploited in the macabre way it has been for decades.

The church has been brought into dreadful disrepute by lies and blasphemies against The Holy Spirit. Benedict’s greatest achievement is this act of retiring. There is a chance now for the church to be re-built and made fit to house The Holy Spirit.