The ineffectual State of the Union

Tonight, the president will probably propose a bunch of good things, and then Congress will ignore them 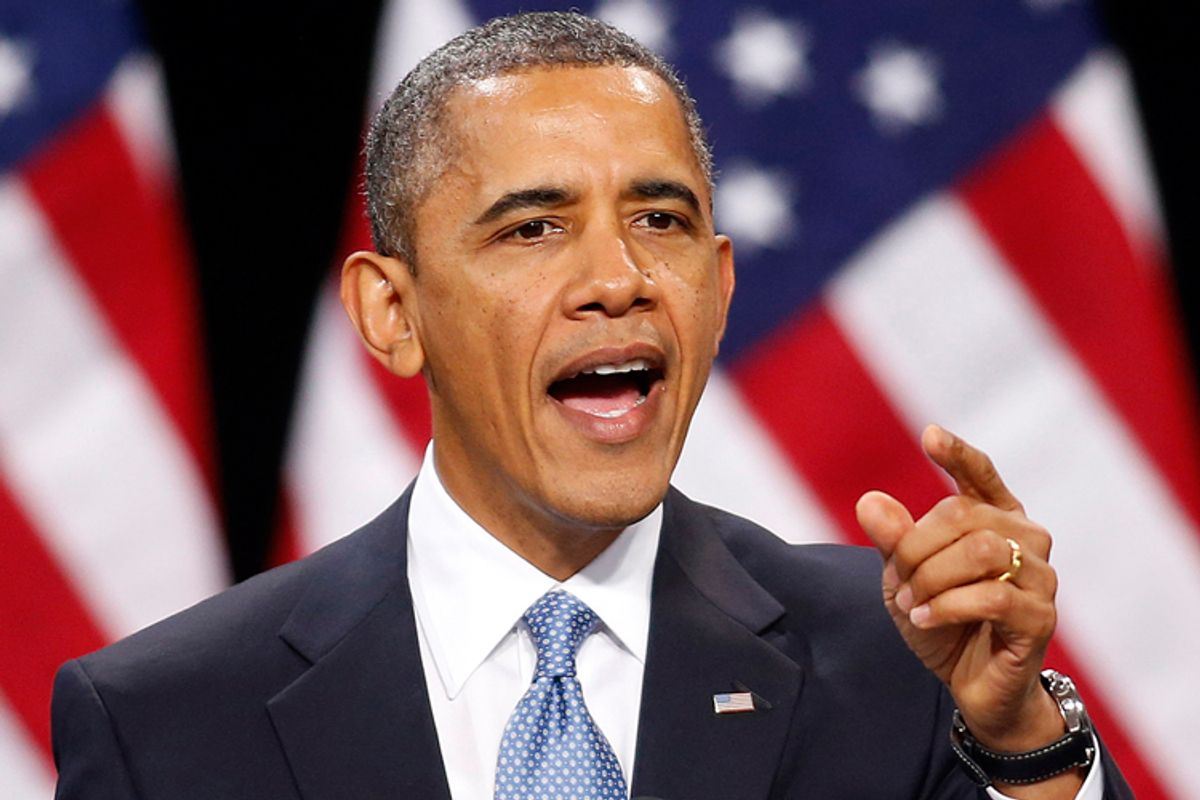 Every year, millions of people watch the president give a speech in which he says he is going to do a bunch of stuff, and political journalists everywhere play along for a while and pretend that the president has the power to do all the things he is going to promise to do. He doesn't. But the way the speech is covered is one of those things that leads regular people to believe that presidents have power over gas prices.

State of the Union addresses from newly reelected second-term presidents are full of grand plans that never amount to anything, like George W. Bush's Social Security privatization and Harry Truman's sad, doomed "Fair Deal." Truman proposed a huge package of economic reforms and programs, from the repeal of the anti-union Taft-Hartley Act to a universal healthcare program -- and Congress shot every single piece of it down. America was saved, once again, from becoming a pleasant European-style social democracy.

There will be no new Fair Deal proposed by President Obama tonight. At most we'll get a stirring call ... to invest a bit more in national infrastructure projects. Which is a great idea, because lots of our bridges are falling apart. The president will also politely ask that government spending not be further massively cut, while the economy is still awful. The president will also likely push for immigration reform and mention that there is altogether too much gun violence in the United States.

But whatever the president proposes, no matter how convincing his arguments, the nation's domestic policy agenda over the next year will be set not by him but by a handful of people -- some of them crazy people -- in Congress. And Congress doesn't really care what the president wants.

McConnell is predicting "a litany of left-wing proposals, with plenty of red meat for the president’s base." So, he's clearly keeping an open mind. Remember that despite his being the minority leader, McConnell effectively has the power to decide what proposals the Senate bothers to debate and vote on, thanks to Harry Reid's hilarious filibuster "compromise."

The Senate is usually where good ideas go to die, but should any piece of the president's agenda make it out of that august institution intact, its fate will then rest with the Republican majority in the House of Representatives, where Speaker John Boehner can't even get his party to reliably vote for Republican proposals. One member of the House is bringing an idiotic ex-rock star clown who hates the president to the speech, for attention. Another member is literally Michele Bachmann. The Republican position on infrastructure spending is that it should be limited strictly to a massive fence along the Mexican border.

Of course, our presidents aren't powerless. On the contrary, in one field they have the sort of unchecked power any aspiring autocrat would kill for. While Congress regularly declines to allow our presidents to establish single-payer healthcare programs, presidents can wage war basically any way they like, and that is how many second-term presidents busy themselves. That's how you end up with a president who had the sole authority to decide whether or not to drop multiple atomic bombs on Japan but who couldn't get Taft-Hartley overturned.

So Obama will mention the troop drawdown in Afghanistan, and probably say some vague threatening stuff about North Korea. (He will most likely not explain in any detail his administration's legal justification for targeted killing of Americans suspected of terrorism.) Most likely he will say that America "will remain resolute" in the face of bad stuff and all the Congress people will applaud, because everyone likes that sort of stuff. Just don't get your hopes up about the infrastructure spending.