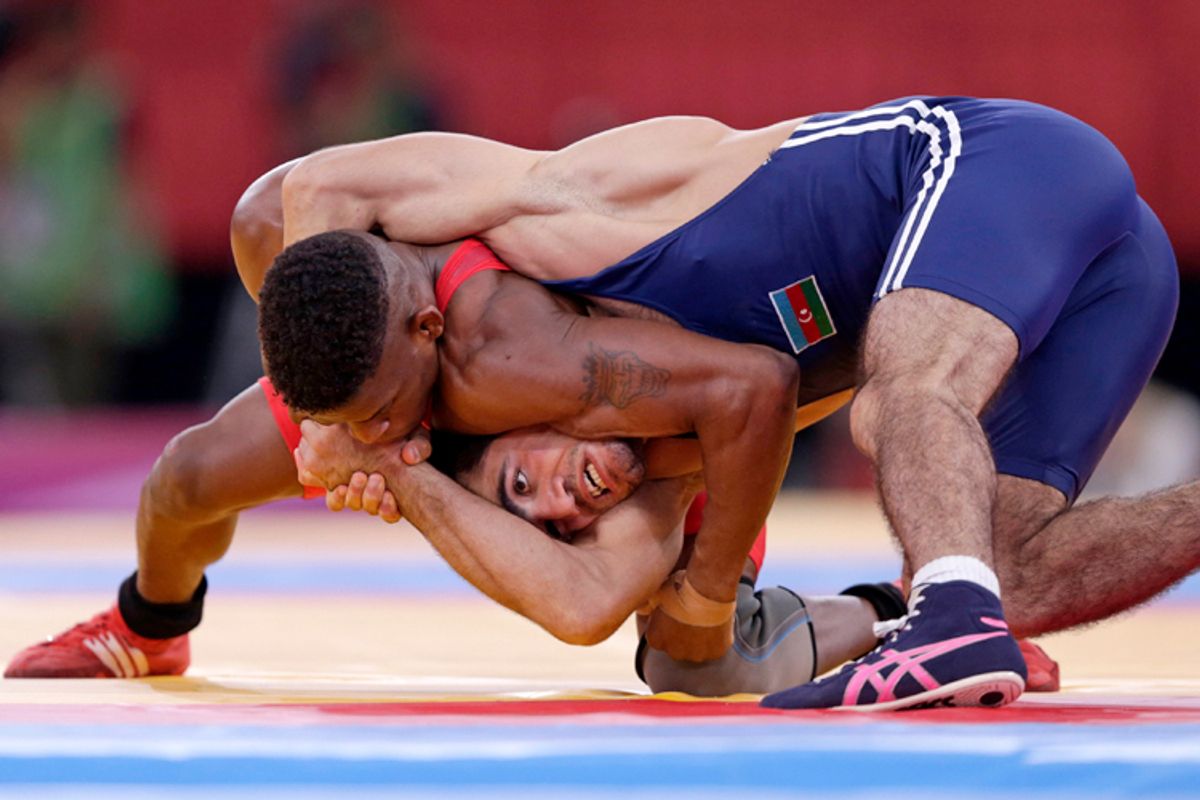 The Olympics are getting a little further away from their roots.

The International Olympic Committee has decided by vote to remove wrestling from the slate for the 2020 Games, to be held in either Istanbul, Madrid, or Tokyo.

As noted by Yahoo Sports, wrestling has roots in the ancient Olympiad and has been included in every modern Summer Olympics; the move comes as each of the "core sports" of the Olympics came up for a vote and other sports (including squash, wakeboarding, and karate) bid for inclusion. Wrestling, too, will be forced to bid for re-inclusion in the 2020 Games, and there's a chance (however small) that it'll continue uninterrupted; the current IOC does not seem to have much faith in the sport against flashier (diving) and quirkier (modern pentathlon) sports.

Swapping sports in and out has been a recent tradition at the Olympics, which dropped baseball and softball after the 2008 Games (they're bidding for re-inclusion in 2020), will bring rugby sevens and golf to the 2016 Games (golfwas last an Olympic sport in 1904), and reinstated skeleton in the 2002 Winter Games after 54 years without.

Gold-medalist U.S. wrestler Rulon Gardner told TMZ said that he was "appalled" and did not think that there was much chance that wrestling would in fact be reinstated. "Seeing the hardship baseball has been through, I am not too confident."