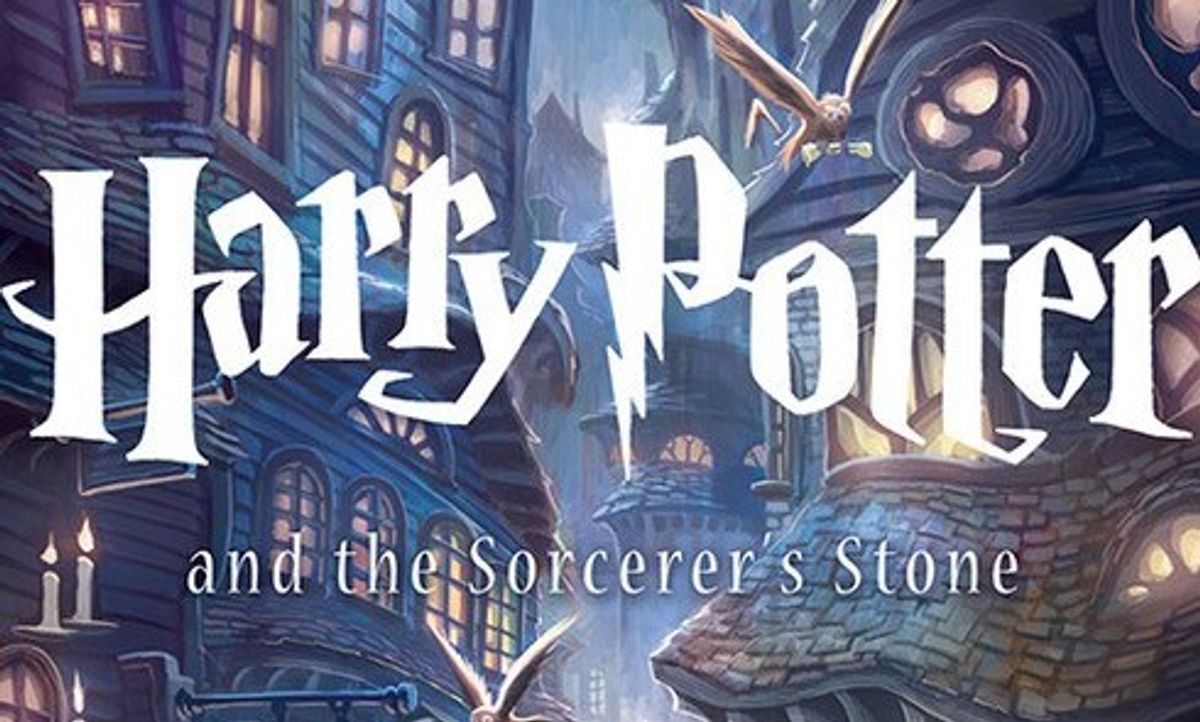 In honor of its 15-year publication anniversary in the U.S., Scholastic has released the first illustration in a series of new cover art for the "Harry Potter" series, due out in September. All seven illustrations have been created by graphic novel author and illustrator Kazu Kibuishi, of the "Amulet" series, with the first one pictured below: Kibuishi was hesitant to take on the project at first, however; GrandPré's original pastel covers "are so fantastic and iconic," he said, that "when I was asked to submit samples, I initially hesitated because I didn't want to see them reinterpreted."

But Kibuishi's illustrations are not meant to replace GrandPré's. Instead, Ellie Berger, president of Scholastic Trade Publishing, explained to the Guardian that the covers were a "way of attracting the interest of a new generation of 8- and 9-year-olds who may know Harry mostly through the movies," for the trade paperback versions. GrandPré's art will still appear on hardcovers and certain mass-market paperback editions.

Kibuishi added, "I could bring something to it that many other designers and illustrators probably couldn't, and that was that I was also a writer of my own series of middle-grade fiction."

"As an author myself, I tried to answer the question, 'If I were the author of the books - and they were like my own children - how would I want them to be seen years from now?' When illustrating the covers, I tried to think of classic perennial paperback editions of famous novels and how those illustrations tend to feel. In a way, the project became a tribute to both 'Harry Potter' and the literary classics."