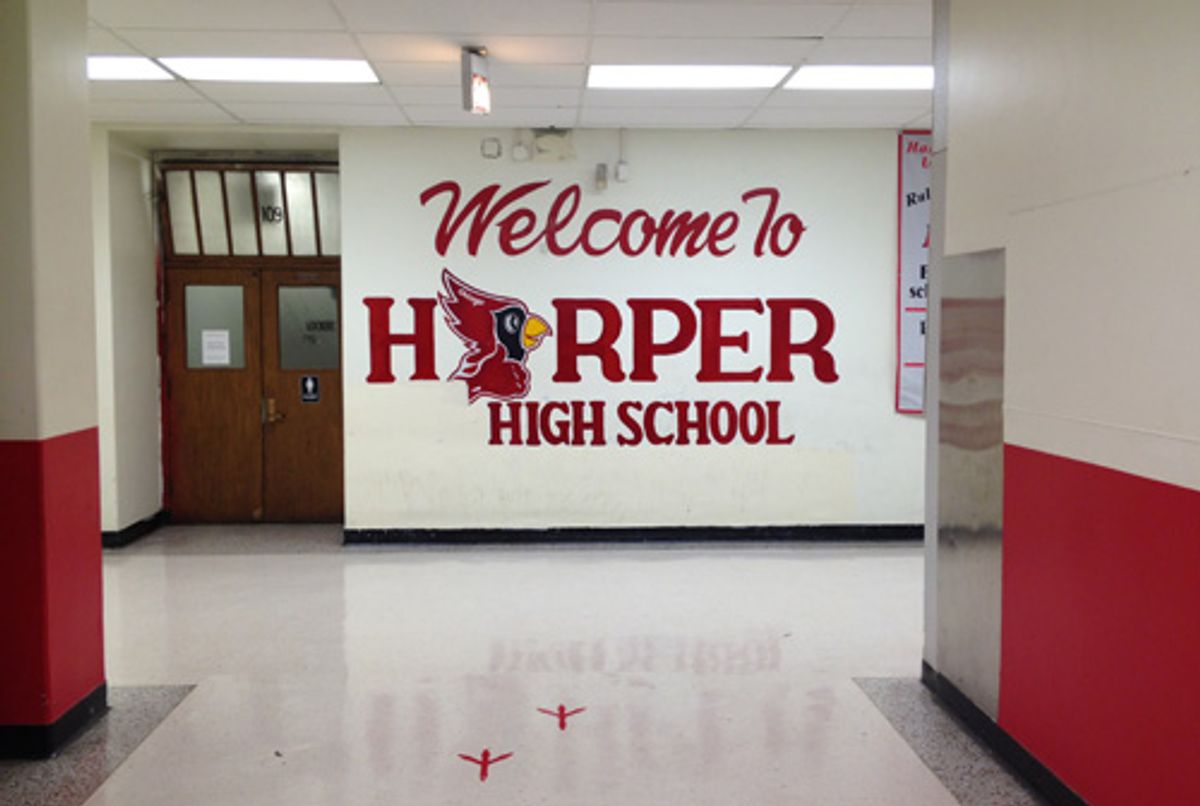 The December school shooting in Newtown, Conn., which left 26 dead by the hands of armed gunman Adam Lanza, finally jolted the nation into action on gun control: President Obama has since organized a task force to tighten restrictions, politicians are initiating conversations about mental health and even the once-stubborn MPAA has begun to question its role in the perpetuation of gun culture.

But in parts of Chicago, gun violence among teenagers is a daily reality--and has been for years. At Harper High School in West Englewood, 29 Harper students were shot last year alone. "This American Life" reports that twenty-one were wounded and eight died.

Gun violence at the high school, which has more than 15 gangs in attendance, will be the focus of two full episodes of "This American Life" airing this month. The episodes are a culmination of the work of three reporters, Linda Lutton, Alex Kotlowitz and Ben Calhoun, who spent five months at the school.

The reporters were given intimate access; according to a press release: "When violence struck, the reporters recorded the staff as they jumped into action. They recorded private, difficult meetings with families and students. The result is a portrait of school administrators who know their students well, and take energetic measures to keep these teenagers alive."

One of the most startling insights reporters gained, however, is that many of the stereotypes the public holds about gangs don't apply at Harper:

The gangs at Harper shoot each other, but it's almost never about drug territory. Many don't sell drugs. They don't have colors, or wear caps tilted to the right or left. Most important, boys are nearly always assigned a gang affiliation, whether they want it or not, based on where they live.

So "what are the shootings about?" the show asks. "The same things kids argue about anywhere: girls, 'he said-she said'" stuff, money owed, a fistfight."

"For everything we've all heard about children and gun violence," says host Ira Glass, "there are basic things we don't hear so much about. Like what it's like to live in neighborhoods that have to cope with so much bloodshed. This is a school that knows this problem in a way that most of us around the country don't."