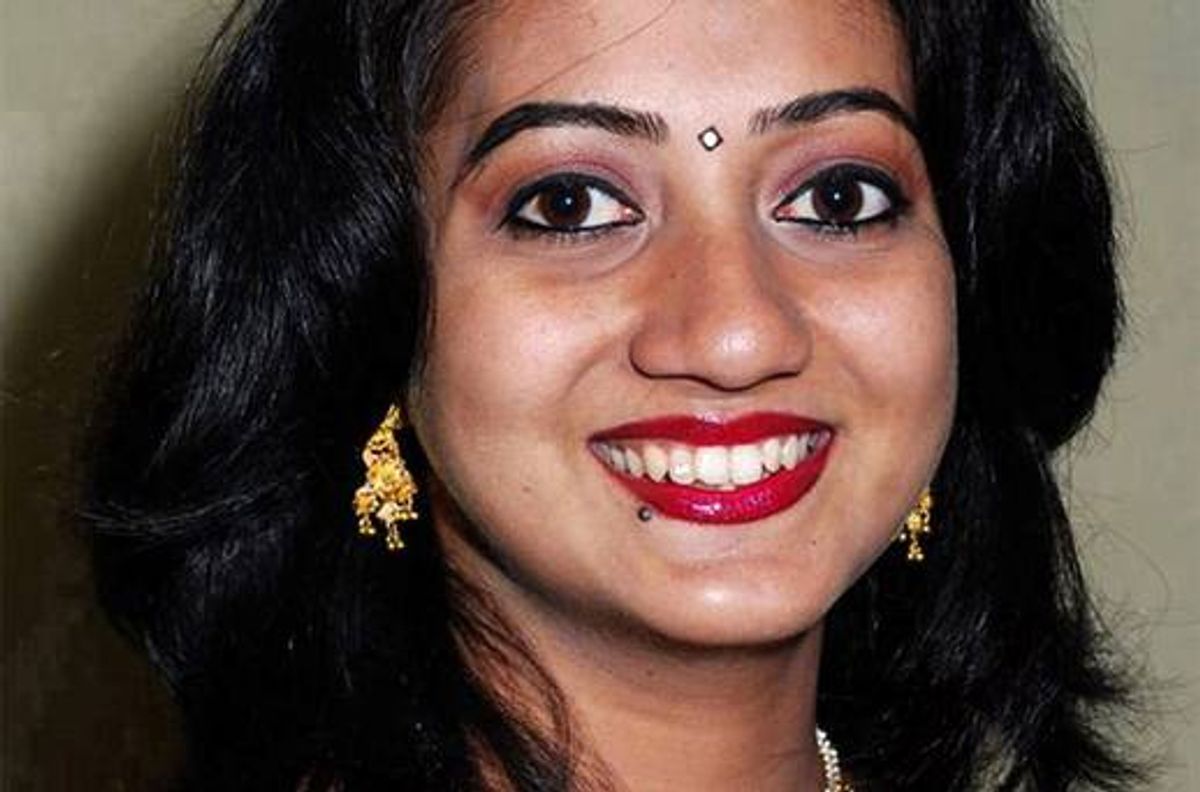 Savita Halappanavar was 17 weeks pregnant when she arrived at Ireland's Galway University Hospital complaining of severe back pain. She was soon informed by her doctors that she was miscarrying, and that her fetus had become nonviable.

It was then that she asked for, but was denied, the abortion that could have saved her life.

Doctors told Halappanavar that it would be illegal to terminate the pregnancy while the fetus’ heart was still beating. They explained that, because of Ireland's strict laws governing abortion services, their "hands were tied."

Halappanavar died of septicaemia days later. She was 31.

It's a horrifying enough story, but a recent leak of a hospital investigation into Halappanavar's death provides a much, much more frightening look at the multiple failures in medical judgement that killed her.

The Independent reported on the leaked draft report, and the findings are shocking:

The hospital refused to comment on the case while the investigation is still ongoing, but these initial findings appear to show that it was more than Ireland's restrictive abortion laws that killed Halappanavar. A grossly negligent medical staff played their part, too.