A voice-activated command-and-control center for the quantified self? Get in line now for your iWatch 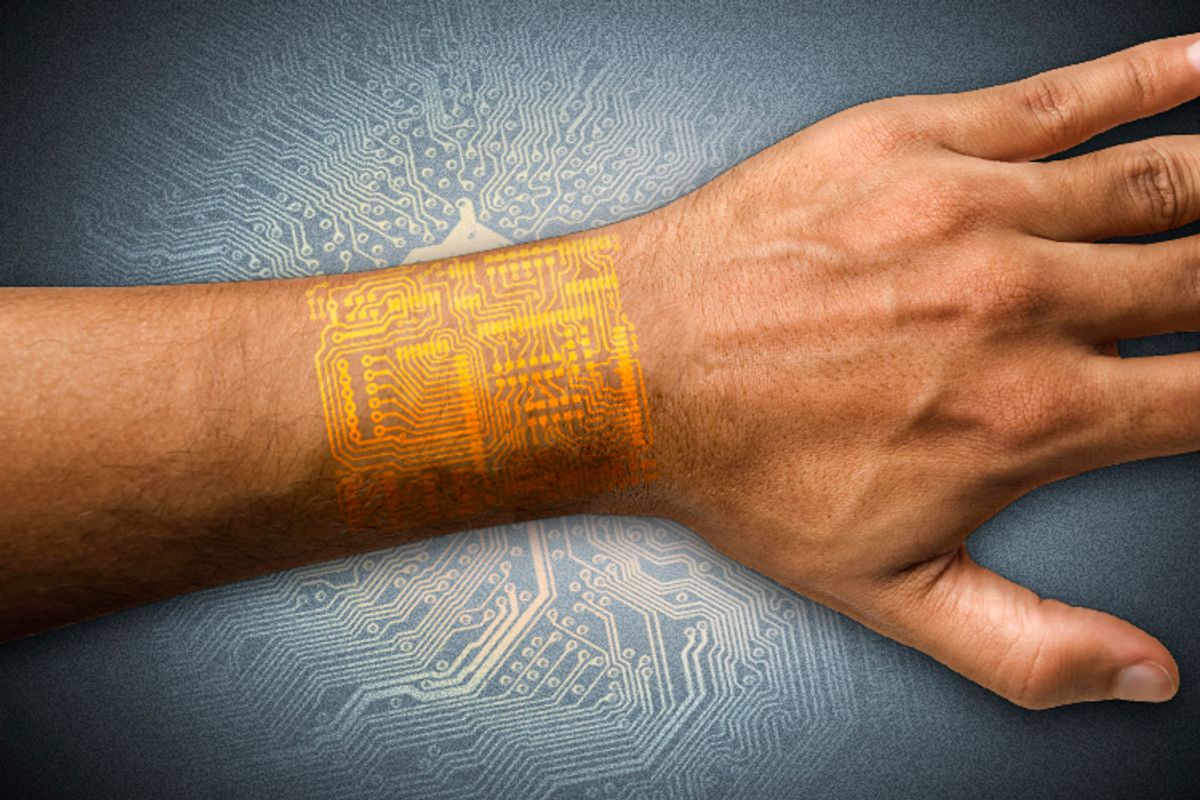 Do I want an iWatch? Do you? And if I do decide to adorn my wrist with an Apple computer, should I go full hog and accessorize it with a pair of Google glasses that grant me online access with just a twitch of my eyeballs?

Or is that just asking for a world of cross-platform communication headaches? What if my glasses don't like my watch? It could get ugly.

How cyborg are we willing to go? The question becomes more relevant by the day. Google glasses are not yet commercially available, but co-founder Sergey Brin has been spotted wearing a prototype. More to the point: Fresh reports from The New York Times and Bloomberg suggest that Apple is now devoting significant resources to an iWatch product. And when Apple debuts new product lines, the earth itself shudders.

We don't know exactly what an iWatch will do or how it will look -- heck, we don't even know if Apple will be the first to market with a full-featured "smartwatch" -- but something's definitely coming around the bend. The logic of late capitalist consumer product business cycles demands new categories of consumption! An entire generation has grown up with naked wrists! Space must be filled.

We can guess that whatever Apple delivers will have a nice high-resolution screen, state-of-the-art voice activation, and the ability to connect to and control our smartphones. Advances in computer miniaturization and glass technology are making new things possible. Cyborg lifestyle accessories are set to become a consumer staple and it is pointless to argue otherwise. Chalk it up as just one more data point proving the inexorable triumph of the geeks. Twenty years ago, "wearable computing" pioneers like MIT's Thad Starner, Steve Mann and Bradley Rhodes looked ridiculous, weighed down by helmets and backpacks and keyboards all wired together in ungainly jumbles. They couldn't possibly have come off as bigger dorks. But today, we're just one successful product launch away from the hipster cyborg singularity. Our technological capabilities have caught up with our geekiest hallucinations. We're ready.

There are and always will be doubters. We're already distracted enough by our phones and tablets; must we bring the digital interface closer? What pressing problems are solved by merging ourselves with microprocessors? Why do we even need smartwatches when we've already got networked supercomputers in our pockets? In New York magazine, Kevin Roose delivered an impressive, sobering list of failed smartwatch products from the past before declaring it's "unclear what [Apple] could try that nobody else has done before."

Smartwatches are the jetpacks of personal computing, in that they're a sort of futuristic, sci-fi-movie technology that people want badly in theory, but hardly clamor to buy when it's actually introduced.

The last critique is the easiest to dispose of. Apple has already proven, several times over, that it doesn't necessarily have to do something that nobody else has done before in order to be insanely successful. Music players existed before the iPod. Apple's version was just much, much better. Before the iPad launch -- and indeed, during the iPad launch -- critics slagged the notion that there was a mass market for tablets. They were wrong, because Apple made a tablet people wanted to buy.

We can definitely wonder whether the passing of Steve Jobs has left Apple without a trustworthy final arbiter of design aesthetics. It's certainly possible that the company has no more tricks up its sleeve. But why don't we wait until Apple actively bungles a new hardware launch before we start writing epitaphs? Odds are, an Apple iWatch will look cool, instead of clunky. Bendable glass? Who won't want to play with that? Many smartwatch illustrations evoke memories of the clunky LED watches of the 1970s. But what if it was something different, like wraparound curved glass bracelets, Wonder Woman style? You know you want one.

Forget about cyborg clumsiness. Technology writer Farhad Manjoo suggests that iWatches and Google glasses could act as social lubricants, serving as tools that smooth over the rude social interactions so common in the smartphone era. Instead of fumbling in your pocket to check whether that chime signifies a call or email or text that you must pay attention to, you could just flick a glance at your wrist to evaluate your various notifications. By moving away from the phone interface, Manjoo suggests we could focus more sharply on the present. "“One of the key points here,” Thad Starner told Manjoo, “is that we’re trying to make mobile systems that help the user pay more attention to the real world as opposed to retreating from it.”

"During my hour-long conversation with Starner," writes Manjoo, "he was constantly pulling up notes and conducting Web searches on his glasses, but I didn’t notice anything amiss. To an outside observer, he would have seemed far less distracted than I was. 'One of the coolest things is that this makes me more socially graceful,' he says."

Beware of socially graceful geeks! They will be unstoppable.

I suspect, however, that the real iWatch market opportunity is for the device to become the most powerful fitness tracker/health monitor we've yet seen. Think of the iWatch as the voice-activated command-and-control center for the Quantified Self, a clearinghouse where the data that defines you physically is gathered, stored and crunched. An iWatch could monitor all your jogs and rides and workouts, update you on calories expended, even keep an eye on your heart rate. And you can text on it and check ESPN scores too!

It would be foolish to underestimate how influential a fitness tracking device with the design sensibility of the iPhone could be. Data feedback influences our behavior -- if it didn’t (or if we didn't think it did), there wouldn't be much of a market for bathroom scales. By the way, I'm betting the iWatch would be able to talk to my bathroom scales via Bluetooth, and generate constantly updated-in-real-time fitness plans for me based on every pound gained or lost.

If an iWatch looks cool and helps us lose weight, Apple's going to move a lot of units. We've got no problem with incorporating technology into our bodies that results in self-improvement. The first person to don reading glasses made that bargain and we've never looked back. The promise of smart technology -- of smartphones or smartwatches or smart glasses -- is that it promises to ameliorate defects of the mind -- bad habits -- instead of defects of the body.

That's no guarantee of success, but then again, a lot of people own bathroom scales and still carry some extra pounds.