Pick of the week: This is how you overthrow a dictator

The Oscar-nominated "No" spins a crazy-true story of the dopey TV ads that sank Gen. Augusto Pinochet 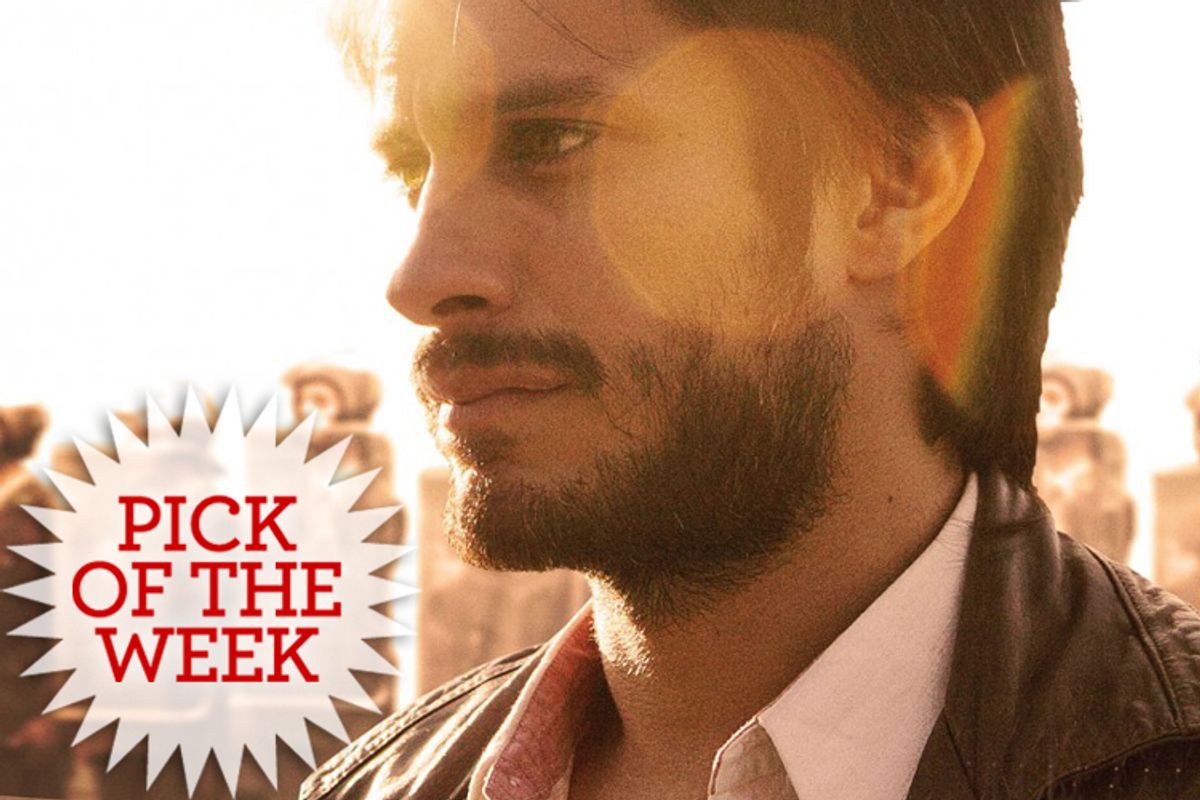 Early in Chilean director Pablo Larraín’s Oscar-nominated “No,” a young adman is having an argument with his boss about whose side the Americans are on. It’s the late 1980s, near the tail end of Gen. Augusto Pinochet’s dictatorship, and Lucho (Alfredo Castro), the owner of the ad agency, is berating the younger René (Mexican star Gael García Bernal) for supporting a “No” vote in the upcoming national referendum on the Pinochet regime. Only Commies support the “No” cause, Lucho sneers; the financial support is coming from Cuba, Nicaragua and the Soviet Union. Besides, the Yankees and the CIA are behind Pinochet, and they’ll never allow him to be defeated. You’re wrong about that, René calmly insists; this time the Yankees are with us.

A troubling, exhilarating and ingeniously realized film that’s part stirring political drama and part devilish media satire (deliberately shot on old-school, crappy-looking analog video), “No” argues that they’re both partly right. But it’s René who sees the changing course of history and seizes the moment. He will go on to design a whimsical, sentimental and relentlessly upbeat series of TV commercials for the “No” campaign, selling the idea of democracy precisely as he sells a new brand of cola. As the media strategist for the pro-Pinochet “Yes” campaign, Lucho will desperately try to counter, fighting back against René’s images of alegría, or happiness, with fears of terrorism, political extremism and economic deprivation. On one level “No” is an inspiring tale of peaceful liberation, self-determination and the fundamental clash between optimism and pessimism. On another, it’s a darker and more complex fable about the birth of the media age and the rise of the neoliberal consensus that conceived of all humanity as a market, which swept up Chileans on all sides along with everybody else.

As Lucho and René and everyone else in Chile knew all too well, it was the CIA who sponsored a 1973 military coup that overthrew the elected government of Salvador Allende and installed Pinochet in the first place. As we see in newsreel footage in “No,” the usurping general was embraced by the likes of Jimmy Carter, Ronald Reagan, Maggie Thatcher and Pope John Paul II. Chile became the textbook example of America’s Cold War relationship to the Third World: Brutal right-wing dictators were uniformly preferable to fractious and disobedient elected leaders, and secret police, torture and midnight disappearance were just the cost of doing business.

But by 1988 the Soviet empire was running on the fumes of perestroika, and the collapse of the Berlin Wall lay just a year into the future. With the Cold War winding down, the silver-haired troglodyte in Santiago with the appalling human-rights record had become an international embarrassment. Almost everyone in Chile initially viewed the Pinochet referendum as empty political theater designed to prop up the regime: Left-wing dissidents would refuse to participate, ordinary people would be cowed into voting yes or staying home, and in any case the government would be counting the votes. Instead, the Chilean vote that October became the focus of worldwide attention, and a harbinger of the winds of change that were sweeping the globe from one historical epoch into another.

So while Lucho is right that the Americans had erected and sustained the Pinochet regime, René can see that a new logic now governs the Western world, and old-fashioned tyrants in fruit-salad uniforms are no longer necessary. René is a fictional composite – a depressed, divorced and apolitical American-style messaging whiz, trained in Mexico City – but the ad campaign he creates for the “No” forces, with its “Footloose”-style dance numbers, rosy-cheeked picnickers and “We Are the World”-flavored jingles, really happened. Larraín says, in fact, that roughly 30 percent of “No” consists of vintage television footage from the period, so seamlessly blended into the rest of the film that it’s almost impossible to figure out what’s real and what’s not. To shoot the 21st-century footage, Larraín even tracked down a 1983 U-matic video camera, so that the harsh, squarish, lo-res images, complete with flickers and flares, are visually indistinguishable. This also points to a streak of artistic or philosophical perversity that’s important in Larraín’s work; he describes the antique analog camera used for this film as “a statement against the aesthetic hegemony of HD.”

As a recent New York Times story described, “No” has provoked a “Zero Dark Thirty”-scale controversy in Chile, for reasons that will be invisible to most North American viewers. In both cases, the underlying issue may be a filmmaker’s desire to cloak his or her agenda in narrative ambiguity, or to strive for a detached historical perspective rather than an obvious political message. Some of the film’s critics are upset that “No” focuses almost exclusively on the competing media campaigns around the 1988 referendum, and makes no mention of the ground-level political organizing and voter registration drives that were at least as decisive. That’s fair enough, but it also amounts to wishing that Larraín had made an entirely different film; his subject here is less the victory of democracy over despotism than the sudden arrival of American-style political advertising in an isolated Latin American dictatorship.

Another problem the director faces is that his parents were prominent right-wingers and Pinochet supporters, and some Chilean critics have claimed to detect crypto-fascist sympathies behind his artistic or ironic detachment. But Larraín himself was 12 years old when the dictatorship collapsed, and in any case he has now made a trilogy of dark and complicated films about Chile under Pinochet, none of which display the slightest hint of nostalgia or affection for old “Pinocho.” The first of those films, the 2008 cult sensation “Tony Manero,” is one of the blackest comedies you’ll ever see, with “No” co-star Castro as a middle-aged John Travolta impersonator who uses the regime’s violence as cover for a serial-killing spree. If “Tony Manero” transgressed against orthodox liberal opinion, it was in suggesting that American pop culture can be a tool of delusion and enslavement, rather than always and everywhere a force of liberation.

Pedro Peirano’s screenplay for “No” (based on a play by Chilean journalist Antonio Skármeta) doesn’t aim for anything like that degree of bleakness, but it does strike a tone of deliberate ambivalence. The film makes abundantly clear that some left-wing activists -- who in many cases had personally undergone torture or witnessed abductions and assassinations -- were outraged at the prospect of adopting the sunniest and most asinine tactics of advertising, instead of reminding the public of the Pinochet regime’s abundant crimes. For García Bernal’s phlegmatic hero, the central question is a simple one: Do you want to speak truth to power, and lose the election? Or do you want to beat the dictator at his own game, and move Chile into the future? Because the road to the future is paved with focus groups and cheerful rainbow logos, mimes mugging for the camera and soap-opera bombshells voguing on rooftops.