A U.K. television star is just the latest to be accused of child sexual assault 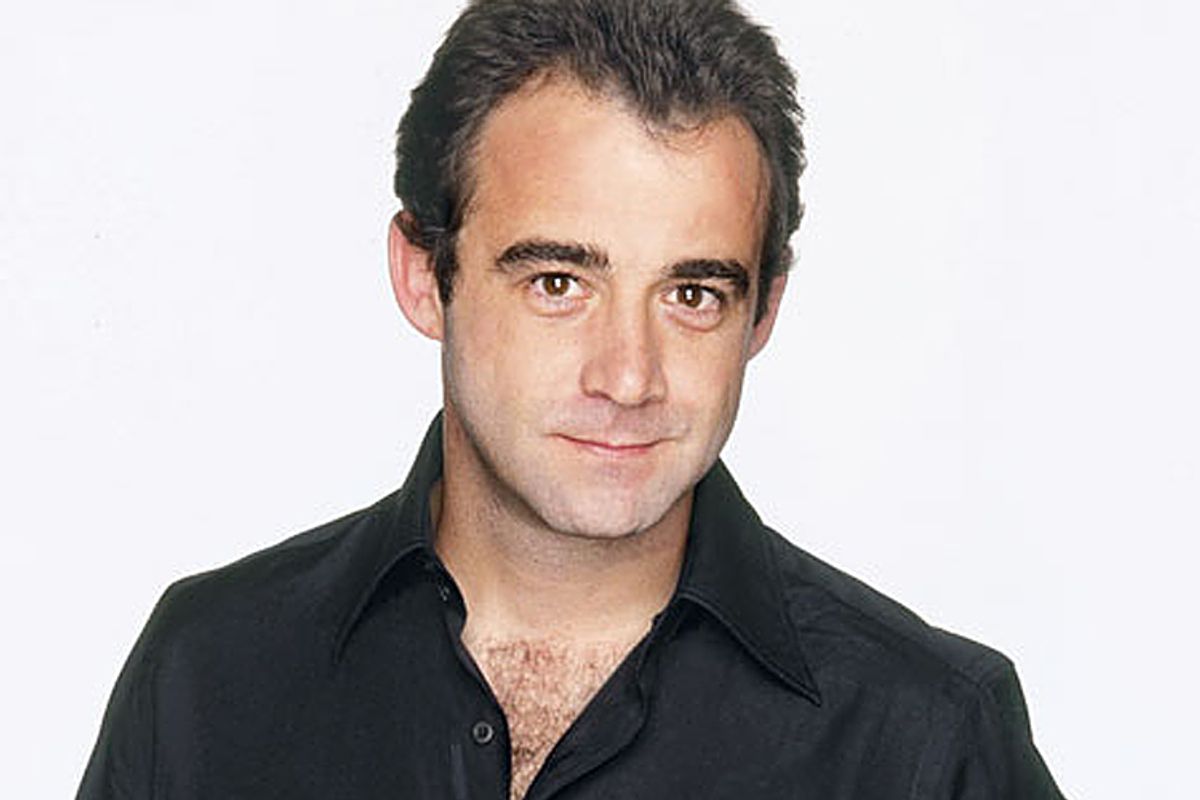 FOR EDITORIAL USE ONLY (INSIDE SOAP/SCOPEFEATURES.COM)
--

For 30 years, Michael Le Vell has played a part on Britain's enduring soap opera "Coronation Street." In real life, it turns out, he was living a kind of soap-operatic drama: On Friday, he was charged with an alarming number of sex offenses, including "raping a child, indecently assaulting a child and sexual activity with a child." Le Vell, whose real name is Michael Turner, will appear in court on February 27 to face charges stemming from an investigation of his activities — a total of nine years, between 2001 and 2010.

The father of two separated from his wife in 2011, shortly before he was arrested on suspicion of a sex offense involving a young girl. At the time, he "strenuously" denied the accusation, vowing to "do everything in my power to prove my innocence." The investigation was dropped three months later due to insufficient evidence, and Le Vell declared himself "completely exonerated."

Now, it appears that declaration of "complete" exoneration may have been a little hasty. Yet Le Vell issued a statement Friday saying, "I would like to make it quite clear that following the serious allegations that have been brought against me on Thursday 14th February 2013, I am innocent of these charges and intend to fight them vigorously. I will now put all my efforts into clearing my name and proving my innocence." But while the specific nature of the newest charges has yet to be revealed, the breadth of the investigation suggests there's a lot more to come here. Principal legal adviser to the Director of Public Prosecutions Alison Levitt told the Daily Mail Friday, "I have very carefully reviewed the evidence in this case and I have concluded that there is sufficient evidence and it is in the public interest to charge Michael Robert Turner with a number of sexual offenses."

This time, it seems, the scandal may not be so easily shaken off. Le Vell is, at this point, still just a man under investigation, but he's already been swiftly suspended from "Coronation Street," "pending the outcome of legal proceeding." And whatever the outcome of those proceedings, his future will almost certainly be influenced by other, similar recent headline-making stories. His narrative is now part of a bigger one, and it will almost certainly color how it plays out in the court of public opinion.

The original charges against him came at the same time that, across the Atlantic, Jerry Sandusky was first indicted for sex abuse.  These latest come on the heels of revelations that the late BBC host Jimmy Savile was a serial sex abuser – and that for decades, many in his inner circle turned a blind eye to his activities. They arrive just one day after a convicted U.K. child abuser Subhan Anwar, who was in Long Lartin Prison for killing his partner's 2-year-old daughter, was murdered in jail. Two fellow prisoners have been accused of the crime. And they cap off the same week in which Pope Benedict made the extremely rare choice to step down as head of the Catholic Church – and reminded the world yet again of how plagued by horrific charges of child sex abuse from across the globe his reign has been.

Le Vell's story will play out in its own way, but it's hard not to view it in the context of something far more wide ranging, a drama where the good guys aren't always who they seem. What's the truth? What's justice? And what happens next? That's the cliffhanger.