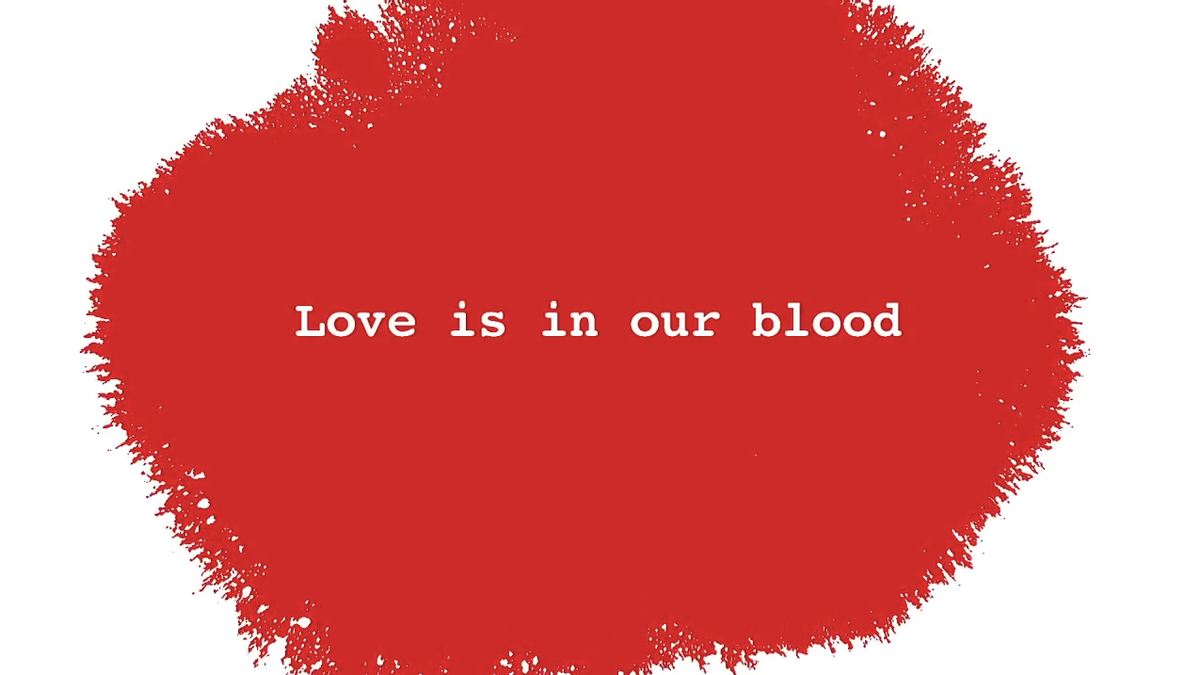 Would you think an artist dead set on destroying ancient vases would be quite so romantic? The Elton John AIDS Foundation has commissioned Ai Weiwei to create a short video animation published on the occasion of Valentine’s Day, and the results are… unexpected.

The clip comes in two versions. In the first, red splotches fall onto a white surface and pool out, filling the screen with color. Slowly, the words “love is in our blood” are revealed in the spots. In the second, longer version, the colors are reversed. An ominous (or is it passionate?) heartbeat forms the soundtrack.

Check out the video, which will run in public areas around the world, including Times Square, below.

“This work is about love, about a need for all to be concerned with life,” Ai told the foundation of the video. The foundation’s Love Is in My Blood campaign is meant to increase awareness about people currently living with HIV — a number that exceeds 30 million, with 2.6 million more becoming infected every year. Ai’s video will help to “overcome the stigma that comes with HIV,” explains the foundation.

In terms of aesthetics, the animated video is actually an interesting step forward for Ai. It’s produced by Ai Weiwei Studio, a more generalized collective name that signals the work of the artist’s assistants and team, much like the work of the embattled FAKE studio, which is still fighting tax fines from the Chinese government following Ai’s arrest in 2011. There’s a graphic clarity to the clip that suggests a different kind of sensibility than the artist’s conceptual sculpture and photography.