They protested abortion by holding a memorial service for her 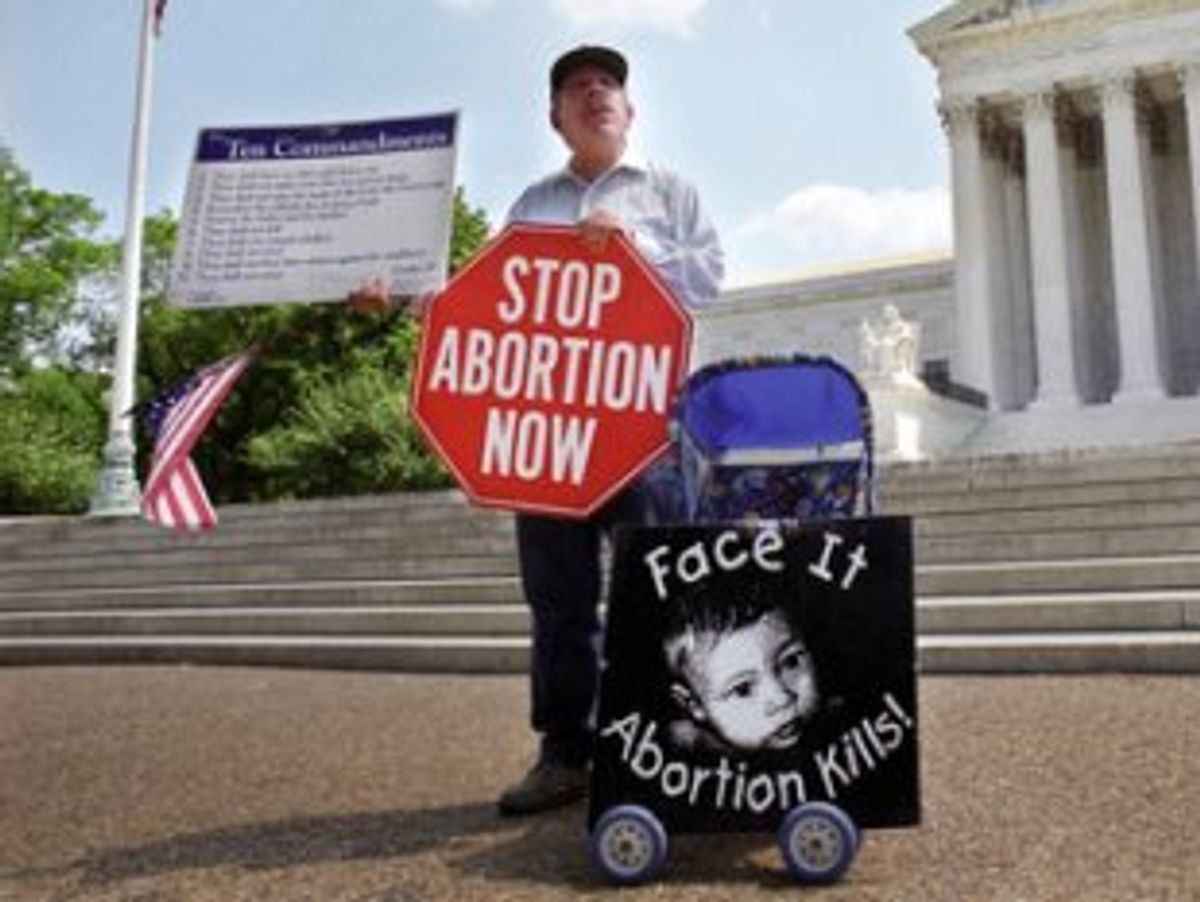 Anti-choice activists held an anti-funeral Monday [3] outside the clinic where a 29-year-old woman died from abortion complications last week in Germantown, Maryland.

Hiding behind the façade of a “memorial service,” more than 150 anti-abortion crusaders exploited the death of a young woman to advance their hateful agenda. The anti-vigil draws comparison to the Westboro Baptist Church’s notorious funeral picketing. But, whereas the WBC overtly spreads their repulsive message, these anti-choice activists use far more insidious tactics.

“We understand how horrible this situation is,” said Michael Martelli, executive director of the Maryland Coalition for Life. “And really, we can’t imagine what the family is going through. The family is in no way any type of target.”

Yet, the protesters had no problem plastering the deceased woman’s face on signs brandished with the message: “Pregnant? Scared? We can help!” Apparently, the activists’ respect for family doesn’t go so far as not using a dead loved one as a political prop.

“We will not rest until this clinic is shut down and the license of [clinic leader] LeRoy Carhart is revoked. God let it be so,” said the Rev. Patrick Mahoney, director of the Christian Defense Coalition.

Mahoney’s invocation of the Almighty in a protest disguised as memorial represents the height of hypocrisy. Psalm 52:2 best describes the reverend’s words: “Your tongue plots destruction, like a sharp razor, you worker of deceit.”

Petula Dvorak, a columnist for the Washington Postnotes that the protesters—by discussing intimate details of the woman’s medical records—could be violating federal privacy laws. Dvoark asks:

So how on earth did protesters get all of her medical records? How did they get enough detail to make huge posters of her face, give details about her marriage and employment, and make claims about what went on inside her body?

If Dvorak is right, then not only will these anti-choicers dishonor a dead woman for seeking an abortion, but they will break the law to do so. And this wouldn’t be the first time. Dvorak reports that groups associated with the protest, “have also bombarded the neighborhood of the landlord who leases space to the clinic, Todd Stave [3], with gory, Nazi-themed fliers. And they tracked down the school that Stave’s children attend and picketed the back-to-school nights.”