While Congress struggles to compromise, an impatient White House's draft legislation was leaked on Sunday 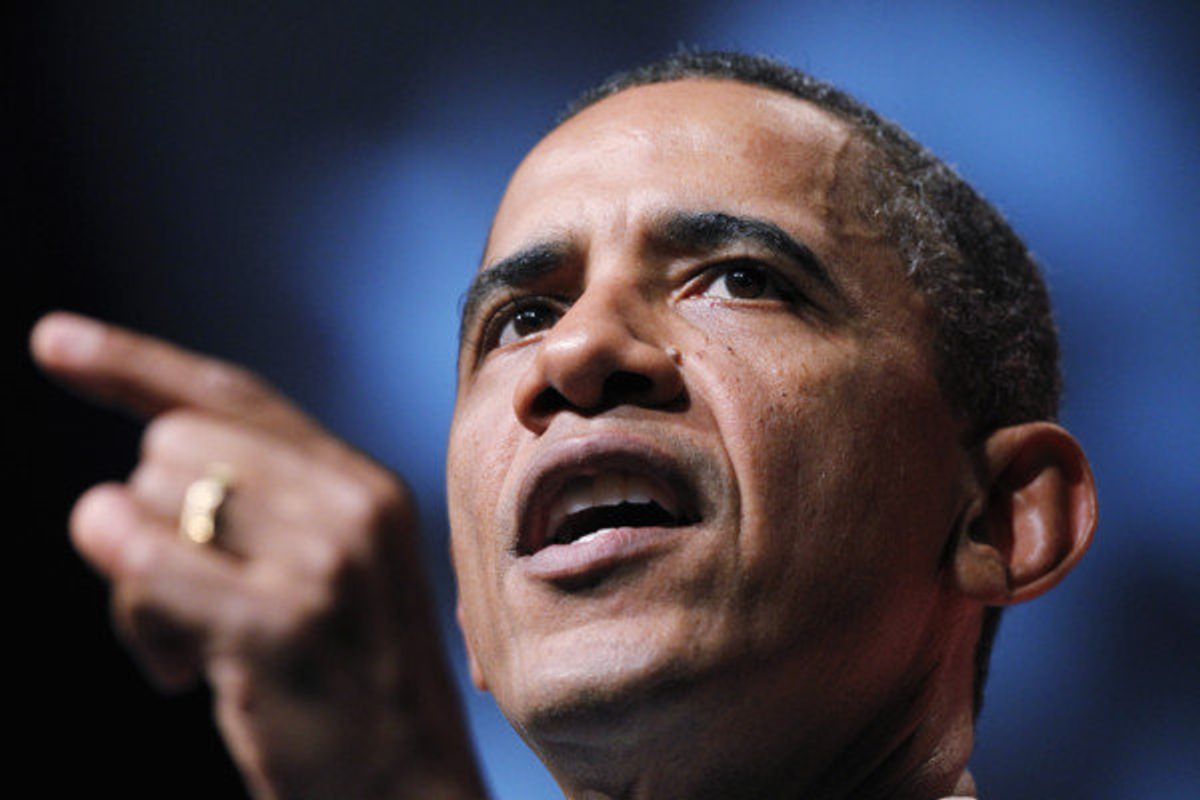 While he's said that he would prefer to let a bipartisan coalition of lawmakers draft their own bill, President Barack Obama also revealed last month that the White House had already worked on draft legislation that could offer more than 11 million undocumented immigrants a pathway to residency.

And today, that legislation leaked.

According to USA Today, the proposal would create a new visa that would allow illegal immigrants to become legal permanent residents within eight years, then opening up a pathway to citizenship. Other features of the draft proposal, as reported by USA Today:

"People would need to pass a criminal background check, submit biometric information and pay fees to qualify for the new visa... Illegal immigrants would be disqualified from the program if they were convicted of a crime that led to a prison term of at least one year, three or more different crimes that resulted in a total of 90 days in jail, or if they committed any offense abroad that "if committed in the United States would render the alien inadmissible or removable from the United States."

People currently in federal custody or facing deportation proceedings also could be allowed to apply for the Lawful Prospective Immigrant visa...The immigrants could then apply for legal permanent residence, commonly known as a green card, within eight years if they learn English and "the history and government of the United States" and pay back taxes. That would then clear the path for them to apply for U.S. citizenship.

To combat fraud, the draft proposes a new Social Security card be developed that is "fraud-resistant, tamper-resistant and wear-resistant." The Social Security Administration would be required to issue the new cards within two years."

Congressional Republicans balked at the leaked proposal. In a statement, Sen. Marco Rubio threatened that, if introduced, the bill would be "dead on arrival," adding:

“It’s a mistake for the White House to draft immigration legislation without seeking input from Republican members of Congress. President Obama’s leaked immigration proposal is disappointing to those of us working on a serious solution. The President’s bill repeats the failures of past legislation. It fails to follow through on previously broken promises to secure our borders, creates a special pathway that puts those who broke our immigration laws at an advantage over those who chose to do things the right way and come here legally, and does nothing to address guest workers or future flow, which serious immigration experts agree is critical to preventing future influxes of illegal immigrants.

Much like the President’s self-described ‘stop gap’ Deferred Action measure last year, this legislation is half-baked and seriously flawed. It would actually make our immigration problems worse, and would further undermine the American people’s confidence in Washington’s ability to enforce our immigration laws and reform our broken immigration system."

But on a Sunday appearance on ABC's "This Week," Obama’s chief of staff Denis McDonough pushed back against Rubio's remarks, saying that if Senate Republicans don't like the president's proposal, they should come up with an alternative -- fast:

And we’ve not proposed anything to Capitol Hill yet. We’ve got a bill, we’re doing exactly what the president said we would do last month in Las Vegas, which is we’re preparing. We’re going to be ready. We have developed each of these proposals so we have them in a position so that we can succeed, because fact of the matter is, Jon, as you know as well as I do, going back to 2001, this has been a priority for many Congresses. So let’s make sure that they get this thing done. And they’re up there working on it right now. Senator Rubio, Senator Durbin, Senator Schumer and others. And let’s see how they do, and we’ll be ready to work with them.