No active NFL player has come out yet. But when it happens, one star says it might look like "Necessary Roughness" 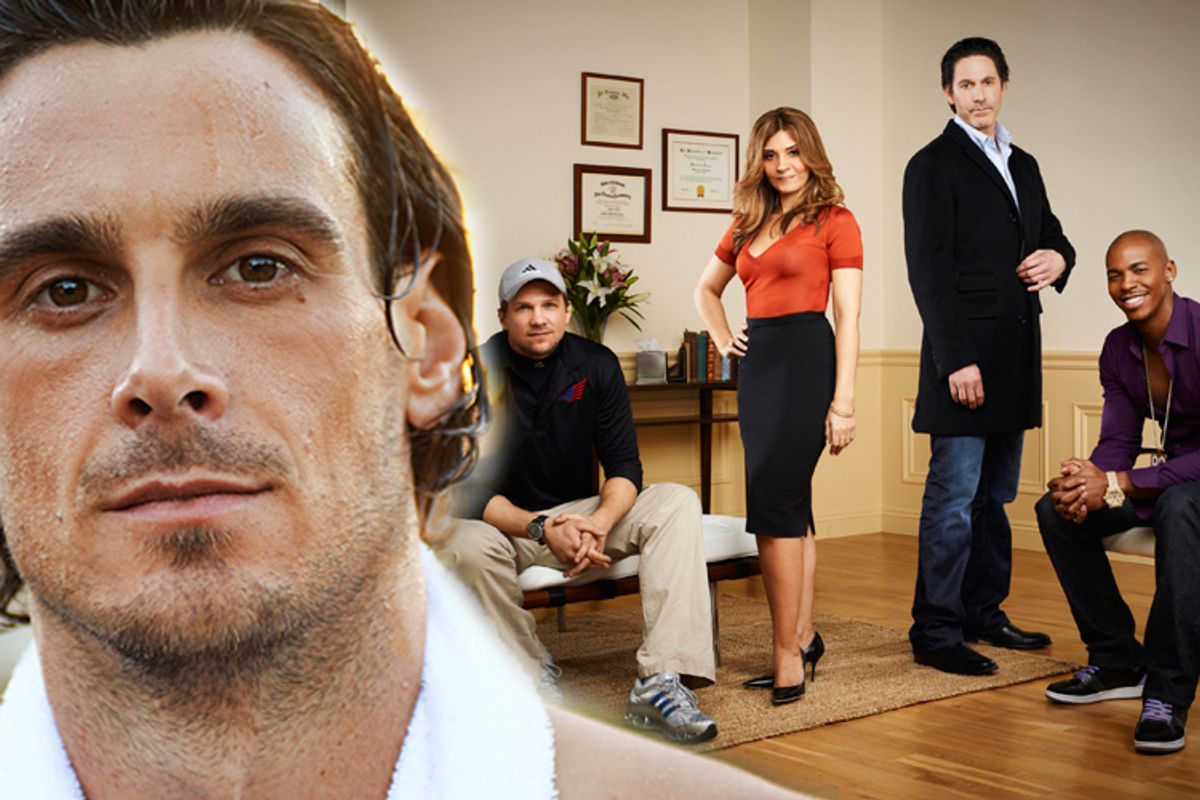 We invited NFL Minnesota Viking and same-sex marriage advocate Chris Kluwe to weigh in on the gay story line on USA Network's football drama "Necessary Roughness," which wraps its second season on Thursday. This is Kluwe's first essay for Salon.

After watching the two episodes of "Necessary Roughness" dealing with a gay football player coming out, I was struck by how accurately the writers and producers of the show portrayed what the locker room would be like. Now, obviously this is a television show, and no gay player has come out yet. But the show managed to capture the very essence of an NFL locker room.

It's about individual players choosing how they react to a teammate, and whether or not they let that affect how they play on the field. It's about choosing to talk to one another and understand, rather than relying on stereotypes and ignorance. It's about choosing to speak up when it would be easier to stay silent (and it's all too easy to stay silent and collect a paycheck). It's about rallying around one another and realizing that we go through the same miserable aches and pains and the grind of a season (yes, even us punters, we're people too) until finally you get a chance to rest and do it all over again. It's about choosing the men you bleed and sweat with, tell jokes with, tease and mock over everything because it's all fair game in the locker room — choosing the friendship and camaraderie over the anger and intolerance.

If any NFL players happen to read this, I guarantee you've played with or against a gay player at some point during your career — that's simple statistics. Guess what? It didn't make him any less of a player. It didn't make him any less able to push through conditioning drills, less able to stay awake during meetings, less able to rally for the win when down by 10 with four minutes to go in the game. That gay player, whether you knew it or not — he was a teammate. He was your teammate. He was my teammate. Just like the coaches go on and on about every preseason: Once you step between those white lines, it doesn't matter who you are, where you came from, what you believe or when you were born. There's only one thing that matters, and that's "Can you play?"

It's about trust, knowing that you can count on the men around you to do the right thing.

It's about having the honesty to ask someone for help because you know you need it.

It's about accepting the differences of every single person in that locker room, because if you don't work together then you'll certainly fall apart, and that's when people get fired.

Above all, the locker room is about being a team.

Gay, straight, black, white, brown, red, tall or short -- the essence of every good locker room is sticking by each other no matter what. Having each other's backs. Supporting those around you, because you know they'll support you in return.

Will a gay player face people who don't understand, people who throw insults and jeers? Absolutely. But if that player is in a locker room full of men, true men, men who understand the underlying bedrock of football, then that player won't care because he'll be part of a team -- and that's exactly what "Necessary Roughness" nailed in these two episodes. The cohesiveness of team.