Want an Oscar? Go to extremes! 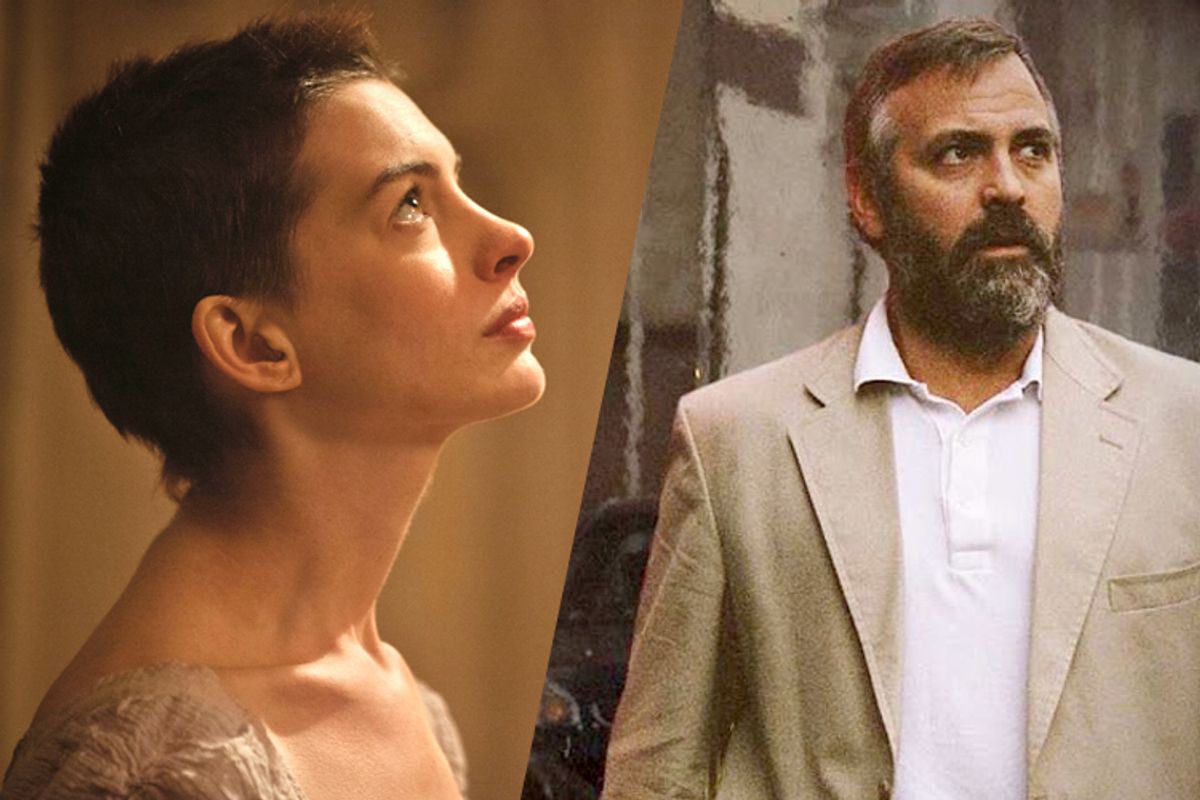 When the Academy Awards air on Sunday evening, there will surprises and flubs; there will be tears and ridiculous production numbers. And one thing that's all but assured is that Anne Hathaway will walk away carrying a golden statue for her role as the doomed prostitute Fantine in "Les Miserables." As Fantine, Hathaway was beautiful, heartbreaking -- and really, really skinny. Oscar just loves a performance that includes a serious amount of transformation.

If you look at the Oscars before the 1990s, you won't find too many of them handed out for massive physical change. Current nominee Robert DeNiro's 1980 win for his metamorphosis from fighting-weight Jake LaMotta to fat, late-era, has-been Jake LaMotta in "Raging Bull" was all but unprecedented in its day. And though the actor trained hard for his boxing scenes, it's the weight gain that's remembered -- and it sounds like the easiest part of the performance. To achieve his gone-to-seed look, he spent four months on "an eating binge in Europe" to gain 66 pounds.

Not all Oscar-baiting work comes that pleasurably though. Herewith are our picks for the Oscar's most dramatic physical evolutions of recent years and their relative degree of difficulty.