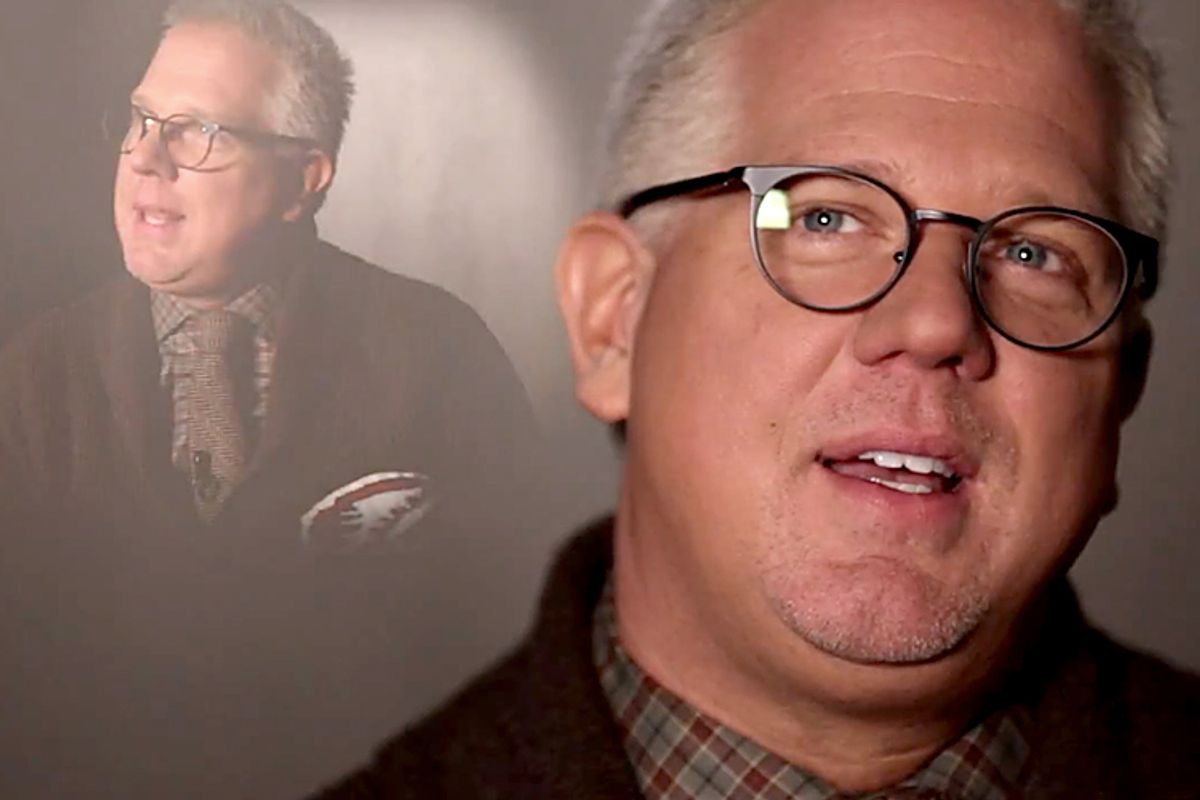 Glenn Beck, whose role on Web TV network the Blaze is somewhat more behind-the-scenes than his former Fox News show, has reemerged with a video previewing his new stage show, "Man in the Moon."

"If I were the man in the moon," Beck asks at the beginning of a three-minute monologue, "what would I think about where we were and where we were headed?"

The video features split-screened images of Beck, speaking in many angles at the same time, as well as a meditation on fireworks displays as metaphor for the American people ("We're not looking up anymore; at least we're not looking at the same things, the right things. I'm tired of going to see a fireworks show on the Fourth of July") and images of giant mechanical men. Beck promises the robots will walk through the audience at his show.

He asks himself to describe the visuals of his show: "Classic. Edgy. Un-seen-before. Overwhelming. Monstrous." This progression to monstrosity makes sense, as "Man in the Moon" is not a happy show. The man in the moon, Beck says, "is pretty angry about some of the choices he sees us making. At one point, you'll be sucked inside the moon and see what he knows we are capable of."

"Man in the Moon" will be produced on July 6 in Salt Lake City.