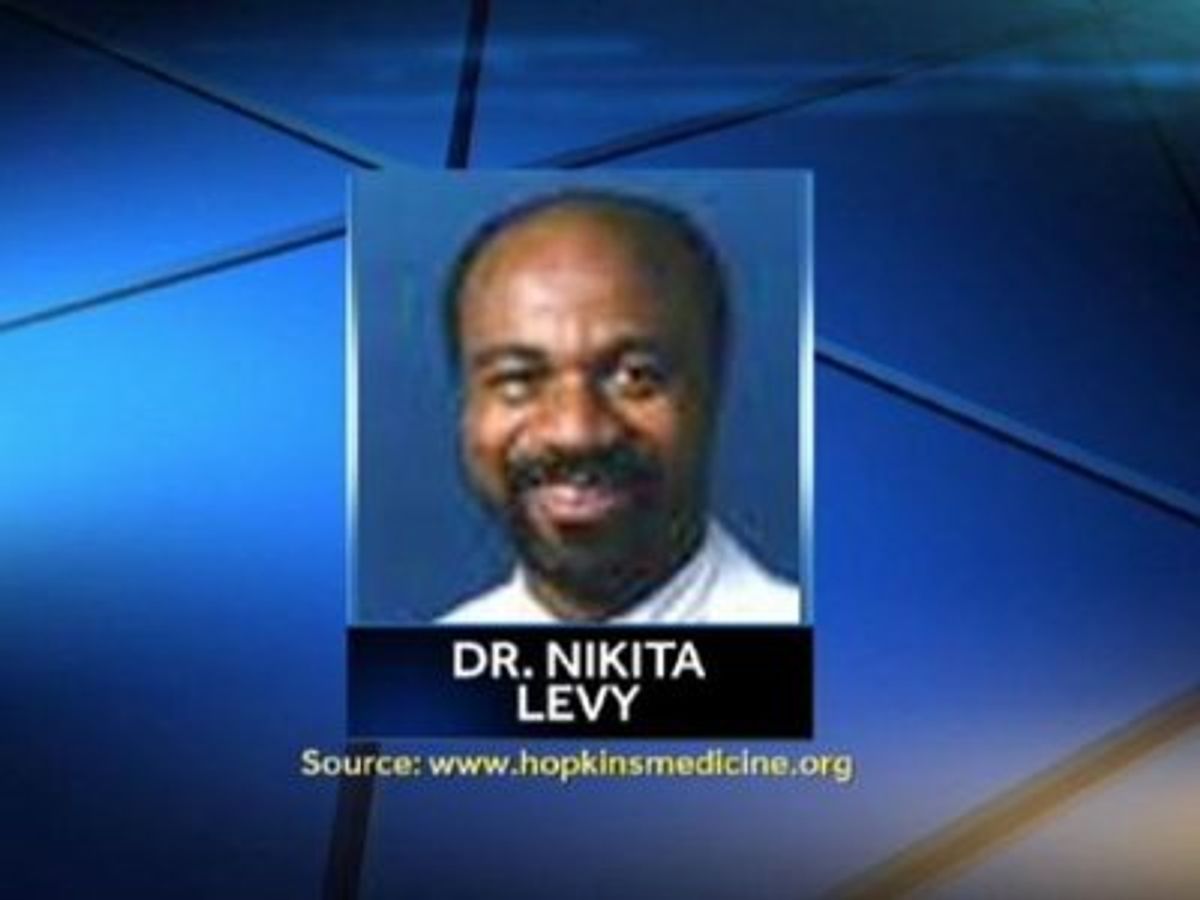 For more than two decades,  Nikita A. Levy practiced gynecology and obstetrics at the East Baltimore Medical Center, a community clinic that is part of Johns Hopkins.

And for more than two decades, police say, Levy was illegally filming and taking pictures of his female patients.

On Feb. 8, Johns Hopkins Medicine dismissed Levy after another employee told hospital officials that the physician was inappropriately photographing and videotaping his patients during appointments.

Little over a week later, Levy was found dead in his Towson, Md., home from what investigators are calling an apparent suicide.

Police say they have uncovered an “extraordinary” amount of evidence at Levy’s residence.

According to NBC affiliate WBALTV, Hopkins officials said a few of Levy's patients had been notified of the allegations, but beause he treated hundreds of patients over a career spanning decades, not all of them have been identified.

But many patients are angry with what they say is a lack of transparency from the hospital after the scandal broke.

In a letter sent earlier this month to notify Levy's patients that he was no longer working with the hospital, patients say there was no information about the circumstances of his dismissal or allegations of any crime.

“I don’t understand why they don’t think it would be appropriate to tell people,” Tasha Marie Bynum, who began seeing Levy when she was pregnant with her daughter, now 8 years old, told the Washington Post. “Why are you protecting his situation? People need to know what’s going on.”

But a Hopkins spokeswoman said the hospital had too little confirmed information about the allegations to include when it sent the letter and that a new letter will be sent to patients on Tuesday.

“Any invasion of patient privacy is intolerable,” a hospital spokesperson said in a statement to the Baltimore Sun. “Words cannot express how deeply sorry we are for every patient whose privacy may have been violated.”