The French-set musical last played the Great White Way in 2008. But the hit film prompted a stage return 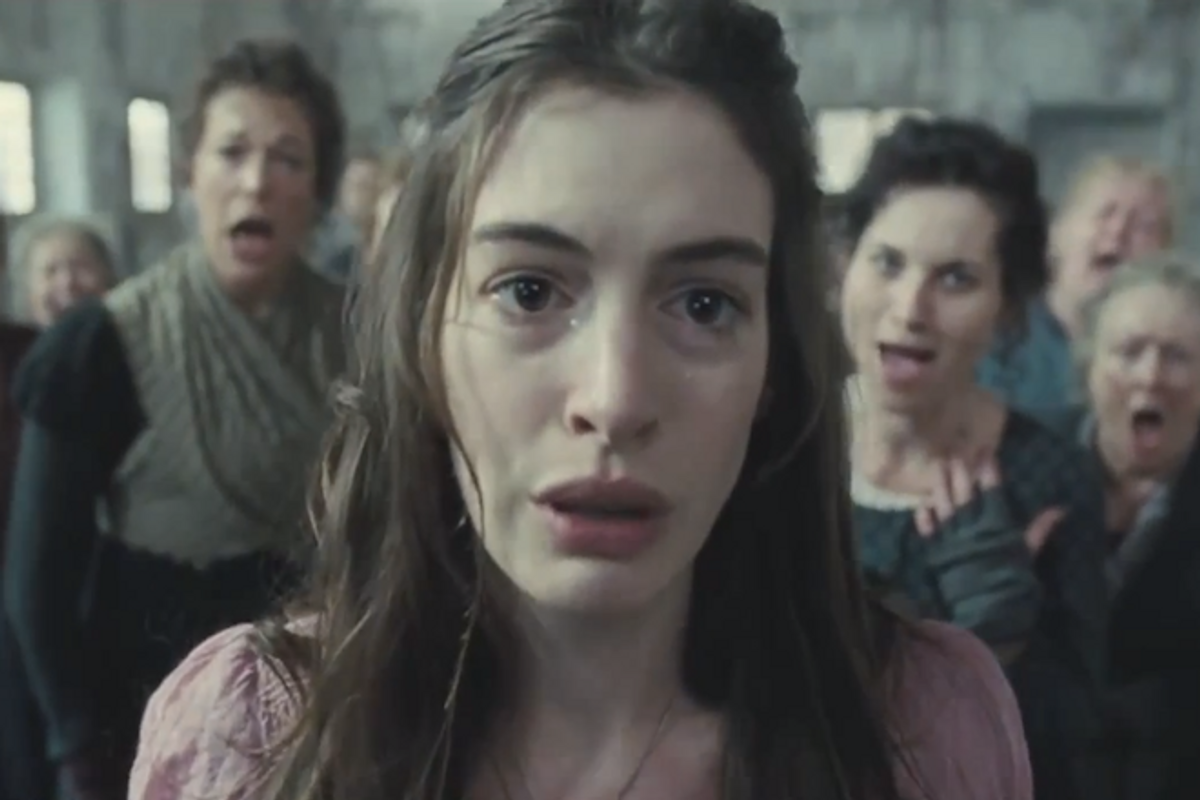 All those who loved Anne Hathaway's performance as Fantine may soon get the chance to see a new actress dream a dream eight times a week.

The play, which first ran from 1987 to 2003, is set to return to Broadway after its film adaptation hit with both critics and audiences. "Les Miserables" was revived from 2006 to 2008, but this adaptation will feature less rock-oriented orchestrations and a more naturalistic staging, emphasizing "the gritty lot of the 19th century downtrodden in France," per the New York Times's report.

Producer Cameron Mackintosh notes anecdotally that the film's success (it has grossed over $145 million so far) has bolstered ticket sales on the national tour, and it's worth noting that the Oscar-winning movie "Chicago" and the Broadway production of "Chicago" have co-existed since 2002. Mackintosh also responds to a question about whether Hugh Jackman may appear onstage: "If Hugh said he wanted to do it for a week or two, that’d be fine by me. But that’s not why we’re doing this. ‘Les Misérables’ is the star, the material is the star."

With only a couple hours left for Oscar ballots to be cast, a reminder of just how strong and beloved that material is, placed in the New York Times, is a fortuitous turn of events for Jackman and Hathaway. See you at the Oscars (and, maybe, the Tonys)!