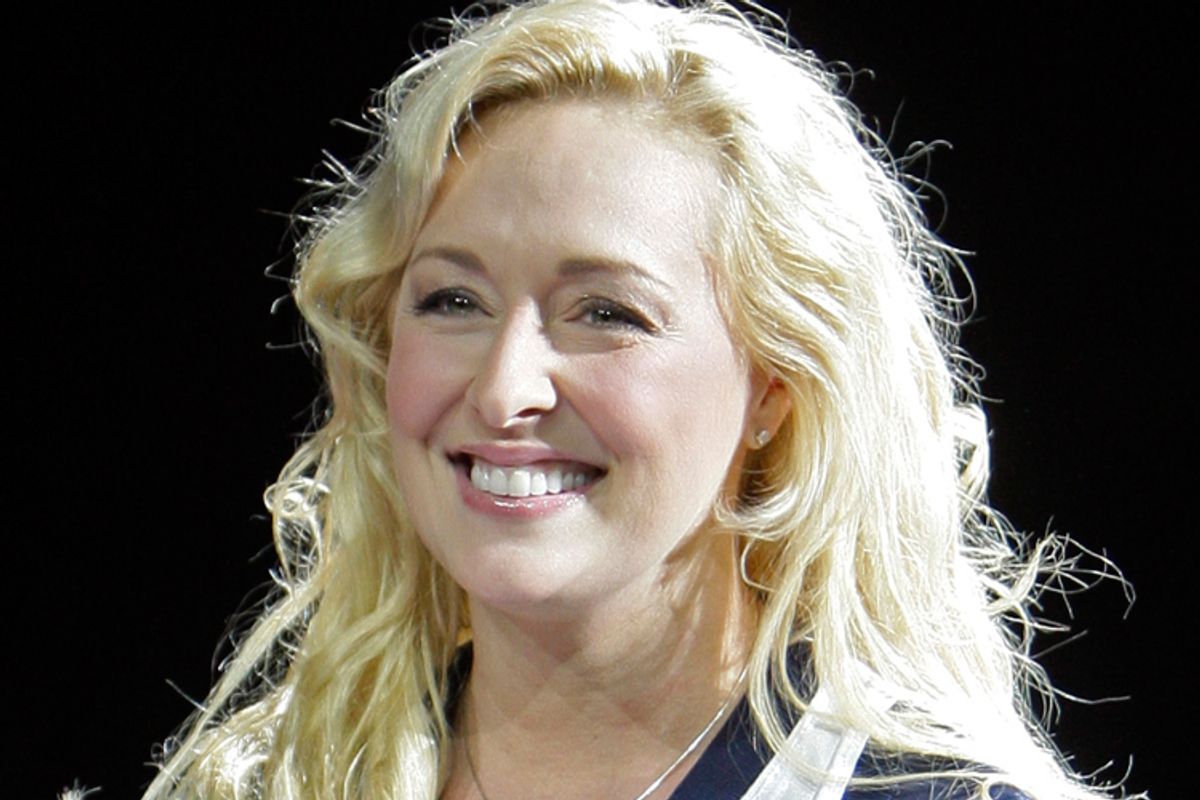 When Mindy McCready died Sunday of an apparent suicide at her home in Heber Springs, Ark., it was a tragic end to the life of a country star and mother of two. It was also, sadly, not much of a surprise. But though her death seemed all but preordained, her life was still entwined with a host of other people's. And it raises the uneasy question: When a woman seems as hell-bent on self-destruction as McCready was, what is everyone else in her world supposed to do?

McCready's entire public life seemed shadowed by disaster and exploitation. She claimed to have had an affair with Roger Clemens that began while she was still a teenager. She made several apparent attempts at suicide – an overdose of antidepressants in 2005, an alcohol and Ambien overdose in 2008, a wrist-slashing incident later in the same year. In 2005, her then-boyfriend Billy McKnight was arrested for attempted murder after a beating and choking incident. Less than a year later, she mothered a son by him. There were multiple arrests, including one for kidnapping her son. There was the inevitable leaked sex tape. There was a stint on "Celebrity Rehab." In an interview three years ago, she admitted, "My entire life, things have been attracted to me and vice versa that turn into chaotic nightmares or I create the chaos myself." And in the past few weeks, the chaos only intensified. In January, her music producer boyfriend David Wilson, the father of her 10-month-old son, was found dead of an apparently self-inflicted gunshot wound. Her children were placed in foster care and she was ordered into rehab. And then on Sunday, her body was discovered on the same porch Wilson had died on just weeks earlier. Nearby was the body of Wilson's dog, dead from a gunshot wound.

In the aftermath of McCready's death, it's been McKnight – the same man once charged with trying to kill her – who's been speaking out about the serious problem that anyone who's known or loved an ambitiously self-destructive person will recognize. "She's just been battling demons for so long. I was around her when she attempted suicide twice, so I knew it was in her," he said on the "Today" show. "I can't say that it shocked me, no."

The painful and precarious challenge for those in the orbit of someone "battling demons" is how to exercise compassion with necessary detachment. On a "Saturday Night Live" special that aired again just this past weekend, former cast members like Michael McKean and Al Franken recalled watching helplessly as Chris Farley blazed an unstoppable path to his early death – despite numerous stints at rehab. And last year, after multiple binges and disappearances, actor Nick Stahl's wife said she was "backing off" searching for him. "He knows exactly where home is," she said. "It’s the loving thing to do for him, myself and our daughter." Earlier this month, he escaped lewd conduct charges stemming from a recent incident in a Los Angeles porn shop.

The struggles of depression and addiction are painfully real, yet checkered public lives, dotted with multiple trips to rehab, are frequently treated instead as reality-show drama or late-night talk show punch lines. Yet havoc wreaked is never self-contained. That should be clear enough from the dead dog at McCready's side.

McCready's unshocking death may have occurred without any human witnesses, but it didn't occur in isolation. Any person whose life is a series of "chaotic nightmares" – a person who's battling serious substance abuse -- is inevitably creating a trail of nightmares in his or her wake. She's inflicting them on children and parents and siblings and colleagues. And dogs. As I once heard a friend put it, addicts have big nets, and they will scoop up everybody who gets in their way and drag them along with them. And what often gets lost in these depressing, headline-grabbing stories of dead celebrities is that it isn't just the troubled famous person who needs help and intervention. It's the family and friends who struggle to help the person, while leaving themselves vulnerable. Because any person with as disturbing a history as McCready's is rarely the only creature who's going to get hurt in the end. Billy McKnight said Monday, "The demons that she hasn't beaten were there, and until she was going to face them, something was going to happen. Everyone who knows her personally knew that."