The former Olympian denied the charge, saying he loved Reeva Steenkamp "deeply" and did not intend to kill her 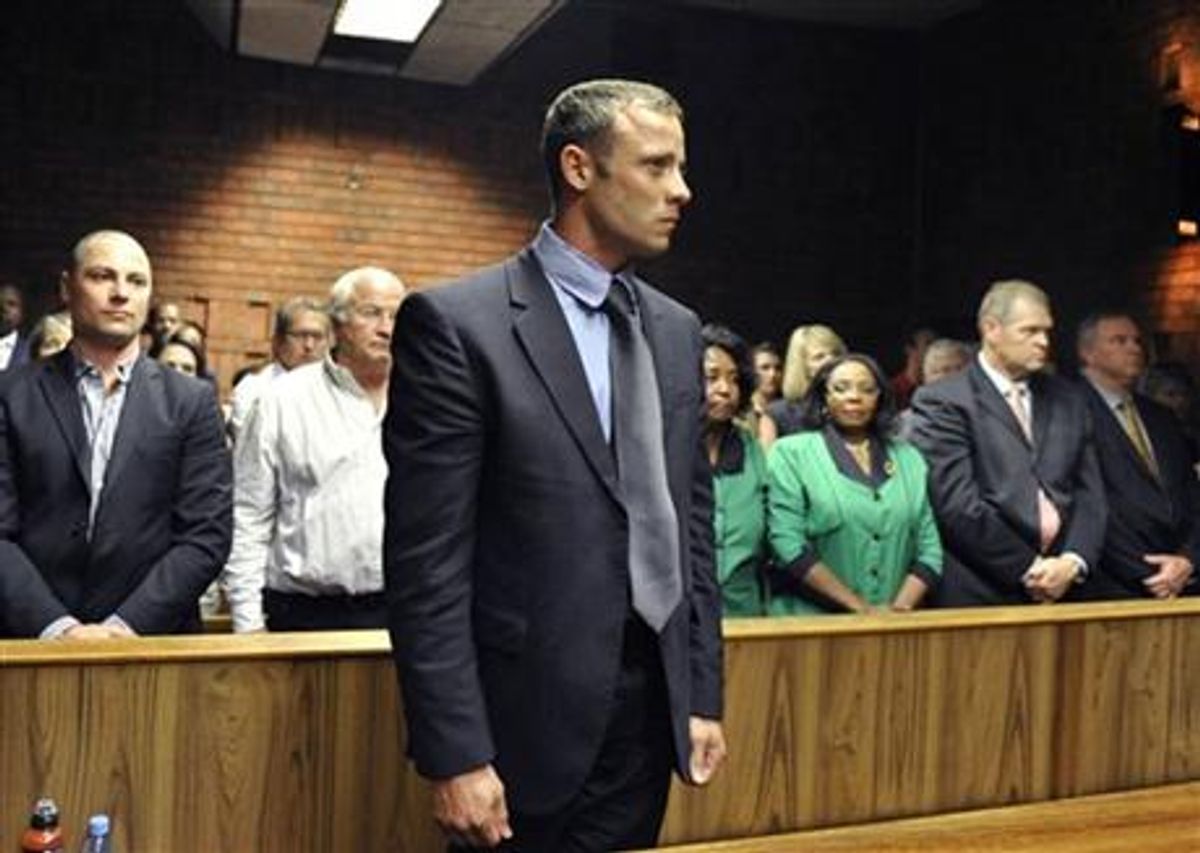 Chief magistrate Desmond Nair ruled on Tuesday that Oscar Pistorius would be charged with the premeditated murder of Reeva Steenkamp, making it unlikely that the former Olympian will be granted bail.

Prosecutors allege that on the morning of the fatal shooting, as Steenkamp hid behind a locked bathroom door, Pistorius took the time to put on his prosthetic legs, locate his gun and walk the twenty feet to the bathroom before firing four bullets through the door, three of which fatally struck and killed Steenkamp.

But a tearful Pistorius denied the charges.

“I fail to understand how I could be charged with murder, let alone premeditated, ” he said in an affidavit read to the courtroom, “I had no intention to kill my girlfriend.”

“We were deeply in love and I could not be happier. I know she felt the same way,” he added.

The defense for Pistorius alleges that after he heard a noise from the bathroom he walked, without the aid of his prosthetic legs, to investigate. He was nervous, they said, because recent construction on Pistorius' residence had left the bathroom window without security bars and contractors had left a ladder resting outside.

Feeling "vulnerable and fearful without his prosthetics," Pistorius opened fire at the bathroom door, then broke it down with a cricket bat to discover Steenkamp fatally wounded inside, defense lawyers say.

He carried her downstairs, Pistorius added, and “she died in my arms.”

But prosecutors say there is no evidence supporting his claim.

"There is no possible information to support his version that it was a burglar," Nel said, adding that, after the couple had argued, Steenkamp fled to the bathroom and Pistorius fired -- into a room that was barely 16 square feet -- with the intention of killing her.

"She couldn't go anywhere. You can run nowhere. It must have been horrific," Nel said.

Neither the defense or prosecution mentioned a bloodied cricket bat that was allegedly found in Pistorius’ apartment the night of the fatal shooting. While unconfirmed, the presence of the bat has been widely reported in South African media.

If convicted, Pistorius would face a mandatory life sentence, though he would be eligible for parole after 25 years according to South African law.

As the court went into a recess, a private funeral service for Steenkamp began in the South African coastal city of Port Elizabeth. More than 100 relatives and friends attended the funeral, according to the New York Times.