"Cult": A tale of the evil showrunner 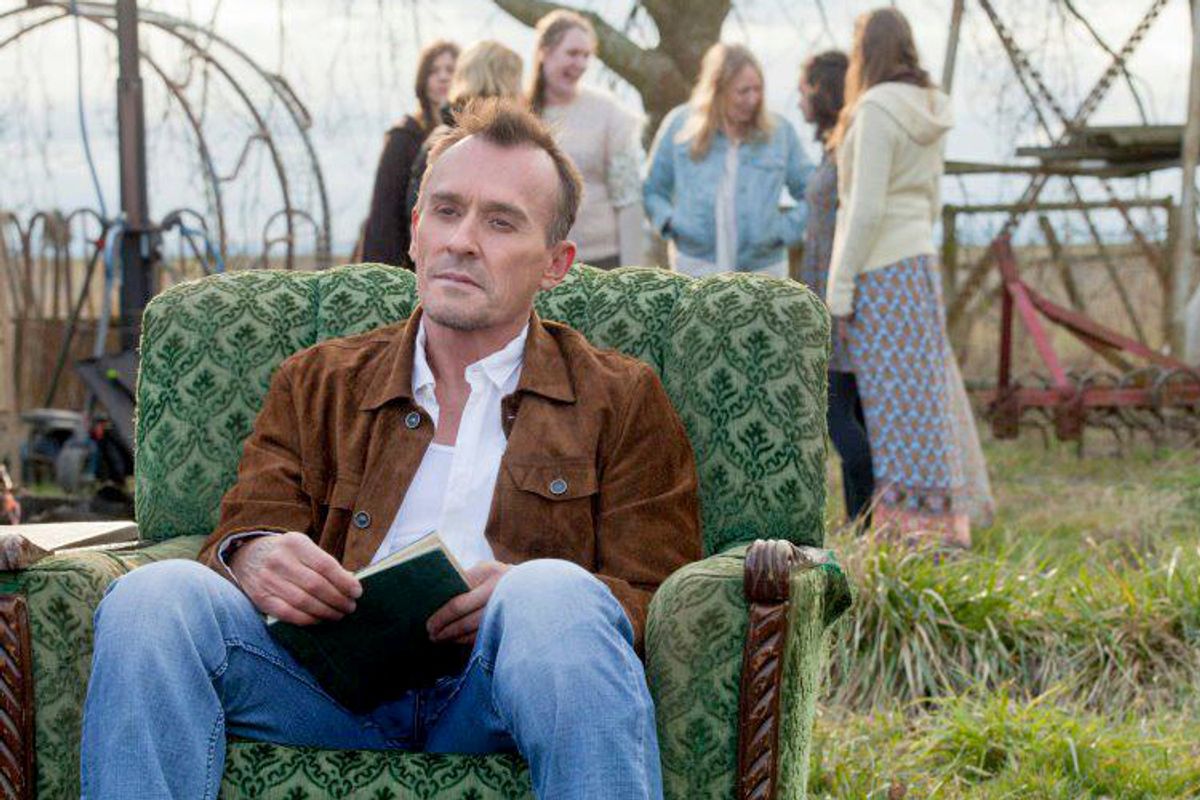 “Cult,” a new series starting on the CW tonight, is about a show within a show, also called “Cult.” “Cult,” the fake one, is a ratings-challenged, fanatically beloved series airing on the CW (be the change you want to see in the world, etc). It follows a female detective who is tangling with a seductive and creepy cult leader named Billy — think John Hawkes in “Martha Marcy May Marlene” — who has recently orchestrated the kidnapping of her sister. Fans of the show are so obsessed, they pore over its every episode, talk obsessively about it in online chatrooms, and even dress up like the characters (costumes: slightly more modern Warren Jeffs), but it’s not all in fun. The cult isn’t just a fictional TV creation: It’s a creepy, dangerous, underground organization that commits real violence.

In tonight’s premiere, a nervous young man named Nate, who watches the show religiously, figures out how to “make contact” with the people who are really running the show/cult. He soon goes missing, but not before leaving his brother Jeff, a marginally disgraced reporter, a highly detailed crazy-person notebook to help him to figure out what exactly is going on, where the show ends and the cult begins, why, for example, a woman dressed as a character from the show would shoot herself in the head while saying a line from the series that is exactly the same line a character on the show said as he shot himself in the head.

Further meant to extend the hall-of-mirrors effect: The show-within-the-show is created by Steven Rae, a never-seen, reclusive mastermind who refuses to take network notes, and, presumably, is also the real cult leader. At the end of tonight’s episode “Steven Rae” is credited as the series’ executive producer. (He’s not really; maybe the real creator didn't want to distort his Google-ability.) In other words, the big bad guy of “Cult” is a malevolent showrunner. The CW has figured out how to wring a horror series from auteur theory. The meticulous, obsessive, creative genius is interested not in theme and continuity, but mind control. It really puts Matt Weiner’s whole thing about spoilers into perspective.

While I am enormously tickled by this premise — a gruesome, not comedic, riff on showrunner deification— not very much about “Cult” lives up to it. The show has got a ponderous B-movie quality, everything so serious and simultaneously so silly. Major clues are unlocked because people put on … 3-D glasses. Like Fox’s “The Following," "Cult" is about a charismatic sociopath using the Internet and modern technology to secretly recruit and brainwash alienated lost souls. It's a zeitgeisty premise — it plays on our anxieties about Internet culture, that it's not just inundating us with cat videos, but breaking down the social fabric — that pivots, in one case, on the power of a bogus interpretation of Poe, and in the other, on the alleged power of a CW show. Cat videos are more threatening.

Every single actor on the show is recognizable, many from other CW series, which further accentuates the B-movie vibe. Billy (Robert Knepper), the cult leader, played T-Bag on Fox's “Prison Break”; Kelly (Alona Tal), the detective, appeared in “Veronica Mars"; leading man Jeff (Matthew Davis) was on ”The Vampire Diaries”; Skye, the female lead (Jessica Lucas), a researcher helping Jeff, showed up on the rebooted "Melrose Place”; one of the dads from “Everwood” (Tom Amandes) plays a producer; Dwayne Wayne himself (Kadeem Hardison) appears as Kelly’s cop partner. As with everything about “Cult” this kind of casting is a pretty good idea that doesn't quite work. The show-within-the show features actors who may be more than what they seem — they may be cult members. Recognizing the actors on "Cult" from other places could be destabilizing in a similar way – make it feel like they’re playing dress-up too — but it just took me out of the show and got me wondering about what CW project they'll show up on next.