You don't have to have to be liberal to support same-sex unions. Updated: Bush asks to be removed from ad 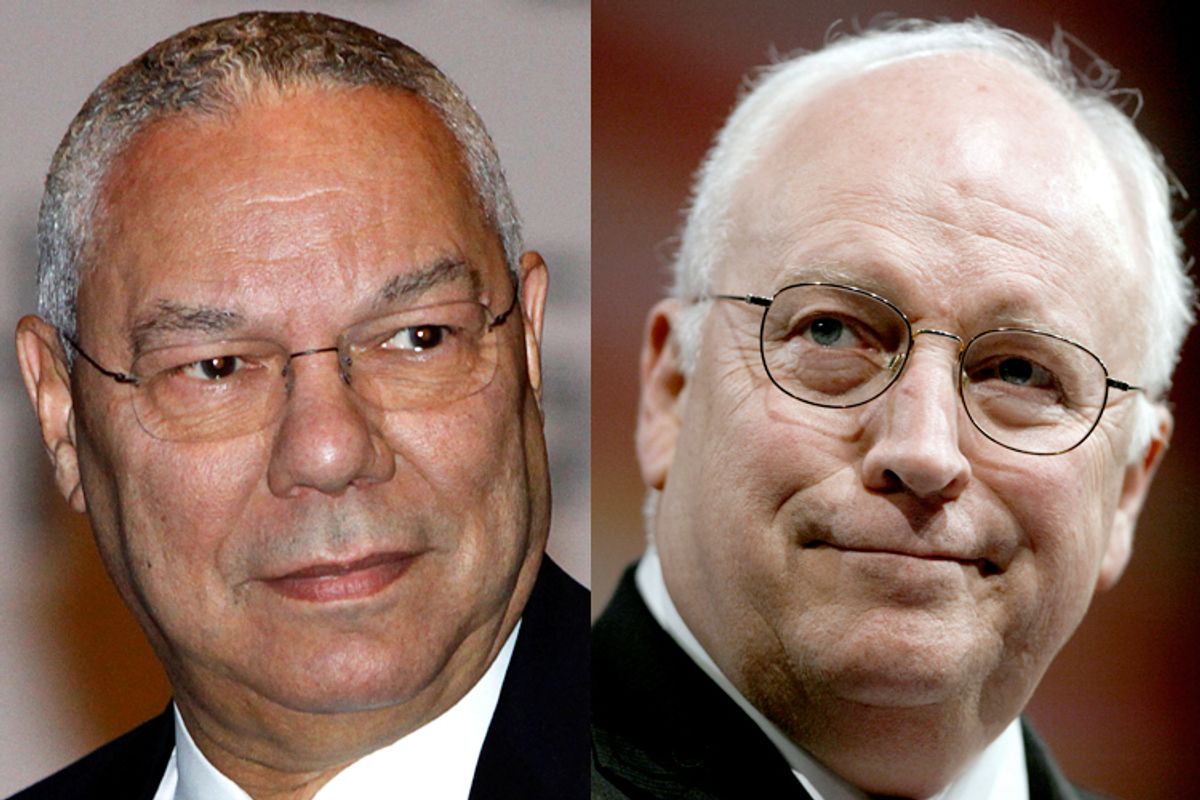 Update: On Wednesday, Bush spokeswoman Anne MacDonald said Mrs. Bush "did not approve of her inclusion in this advertisement nor is she associated with the group that made the ad in any way" and that "we requested that the group remove her from it."

For an issue so heavily debated, so emotionally fraught, so politically polarizing, it turns out that same-sex marriage is shaping up to be one of the most unifying, bipartisan-friendly battles to come along in decades. And a new campaign is out to prove that equality isn't just for liberals.

It's hard to believe that just four short years ago, the idea of marriage equality in America was still so unusual, so outside the box, that its opponents were likening it to an angry weather system. Brrrrrrr … Scary!

Since then, we've seen same-sex marriage approved in several more states and the District of Columbia; we've had public figures like Jesse Tyler Ferguson and Johnny Weir announce their engagements with nary a raised eyebrow. And, significantly, we've had our president state his unequivocal support for marriage equality, and then watched him get reelected, and become the first president to mention it in his inauguration speech. It was just last month that Barack Obama told the world, "Our journey is not complete until our gay brothers and sisters are treated like anyone else under the law. For if we are truly created equal, then surely the love we commit to one another must be equal as well."

The quest is far from over. Last year, poultry purveyor Chik-fil-A started a culture war by declaring its allegiance to "the biblical definition of the family unit." Across the country, same-sex marriage is still being shot down in most states – most recently in New Jersey, just this past Friday. And next month, the "Protect Marriage" march will descend on our nation's capital.

But on Wednesday, the Respect for Marriage Coalition released a 30-second spot that makes a simple, convincing case for a change whose moment has come. In a statement, the coalition said that the spot represents "the first time in history that LGBT advocacy organizations across America have come together to fund a national ad buy." The clip, going firmly down the traditionalist-friendly road, features news clips of beloved conservatives casually asserting their support for marriage equality like it's no big thing. There's Laura Bush saying, "When couples are committed they ought to have the same rights that everyone has." There's Colin Powell asserting, "Allowing them to live together with the protection of law, seems to me the way we should be moving in this country." And there's Dick Cheney stating flatly, "Freedom means freedom for everyone." It's only right at the end that Obama makes a brief appearance, with a sound bite from his historic inauguration speech.

Though the clip has an all-American, reaching across the aisle flair, it's clearly aimed more directly at the red-state voters who supported Romney, a way of saying that you can still be a Republican and support gay and lesbian rights. Another ad, released earlier this month, goes for a similar old-fashioned values approach, featuring Brendon Ayanbadejo saying, "I believe we should be doing everything we can to make families stronger … People from all walks of life, including gay and lesbian couples, want their children in stable homes and protected under the law."

When you put it that way, maybe it's not so threatening, right, conservatives? It's not about making your straight marriage somehow a lesser thing. It doesn't affect it all. And in the same week that a wedding magazine could look past its initial knee-jerk opposition and choose to depict an ad featuring two brides, that tired argument that a loving commitment is something only a man and woman can create seems even sillier and more pointless than ever. The Respect for Marriage Coalition's motto makes it clear why we need to more forward and we need to do it together. Just because, as they say, "It's time."