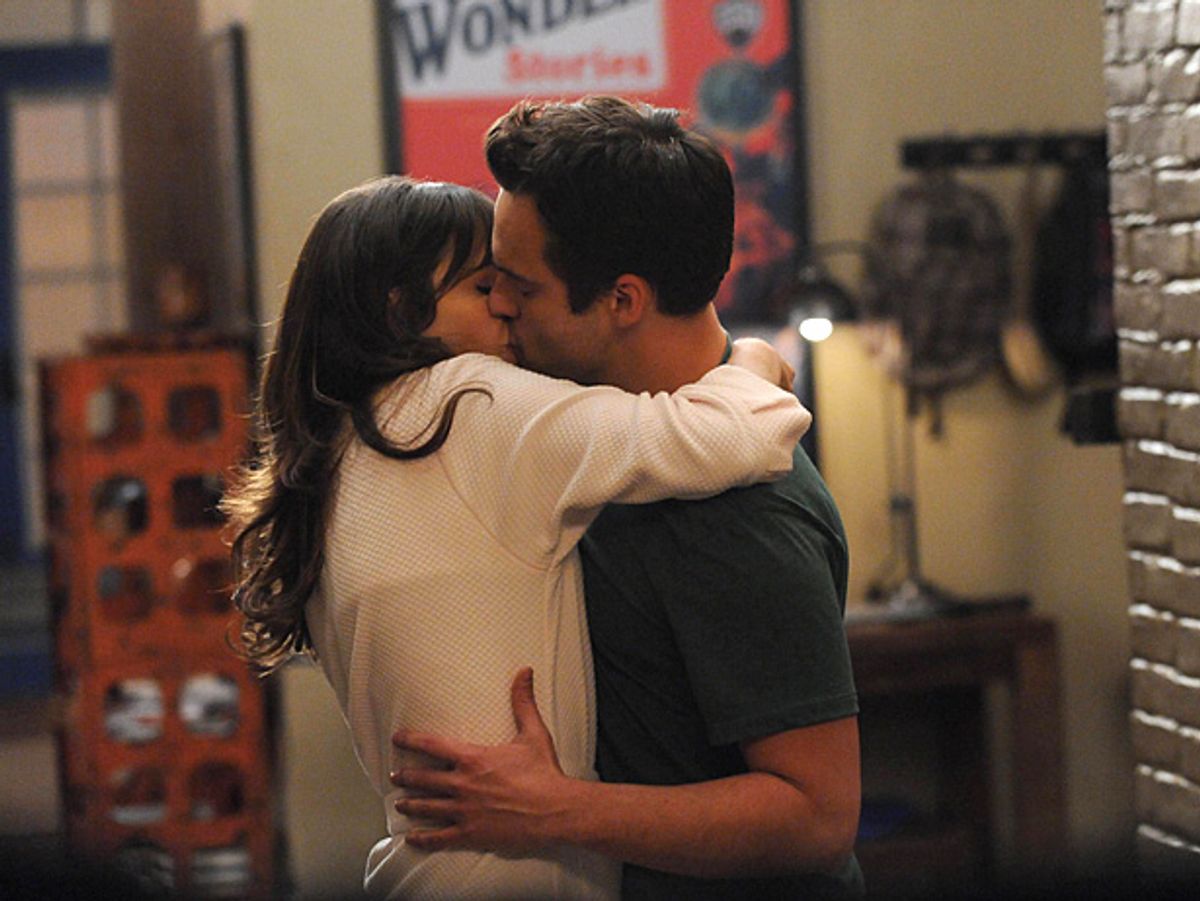 There’s a pretty solid consensus that the “Moonlighting curse” is bogus. The groundbreaking 1980s Bruce Willis–Cybill Shepherd show didn’t tank because David and Maddie finally gave into their torrid chemistry. Instead, “Moonlighting” tanked itself: After the pair finally did the deed, the writing dropped off, the two were never allowed to be properly together, and there was an extra-long strike hiatus that hurt the ratings of later seasons. But like all curses and superstitions, whether or not it’s real hardly matters: People still go out of their way to avoid walking under ladders.

Since the advent of the “Moonlighting curse,” TV shows that get major characters together have developed the equivalent of knocking wood — the rituals one performs to circumvent a curse. Basically, they do the opposite of what “Moonlighting” did: The shows confront the sexual tension early and/or when they get a couple together, they really, irrevocably get them together. Either way, soon after the pairing, the show tries to get back to normal, to being the procedural or comedy it previously was.

Series that have dispatched sexual tension early — i.e., before a large portion of the audience spent all episode saying just do it already — include “The Good Wife,” “Friends” and, most recently and the occasion for all this rambling on about “Moonlighting,” “New Girl.” “Bones,” “Castle” “and “The Office” took their time pairing off a couple, but once they did, they didn’t backslide. (“Happy Endings” also unshowily paired off a couple, but no one much cares if Dave or Alex are or aren't together.) Bones was pregnant before we even knew she and Booth had hooked up. On “The Office,” when Jim and Pam got together, they stayed together (until the troubles of this season anyway). On all these shows, the couple’s couple-dom has occasionally come to the fore, but has not overtaken the entire series.

It’s in the context of this, of the “Moonlighting"- induced fear of making too big a fuss, that what is going on over on the “New Girl” since Nick (Jake Johnson) and Jess (Zooey Deschanel) kissed is pretty remarkable. The kiss has taken over the show. “New Girl” is making a fuss.

Nick and Jess have had a little thing going on for some time now: They’re close friends who are emotionally reliant on one other — there was an episode about how Nick is Jess’s emotional boyfriend — and well aware of each other's intense idiosyncrasies. Nick, more skittish but also less clueless about his feelings for Jess, has been nursing a crush more knowingly — he’s the one who kissed her — but that means, post-kiss, Jess has more feelings to process. The two seem like they just might be soul mates, but will need anywhere from two to five years of maturing to know how to handle that.

The kiss happened three episodes ago. The two episodes since have been all about the kiss. In the episode immediately following, Nick and Jess debated whether the kiss meant anything while Jess acted like more of a spazz than usual to her boyfriend, whom she eventually broke up with. Last night, Schmidt found out about the kiss and flipped out; he ended up kissing Jess himself. Meanwhile, Jess tried to get a parking space by flirting with Nick, and they ended up getting into it about the meaning of the kiss all over again and almost smooching before being interrupted.

Basically, “New Girl” has not gotten back to being the show it was pre-kiss: Instead of the three roommates hanging around, it's been a lot of talking about Nick and Jess and their sexual tension and how it may or may not ruin everything. I adore "New Girl" — no show on TV makes me laugh as much — and I even like Nick and Jess as a couple, but I’ve been a little flummoxed by these two episodes: It feels like it’s already been a lot of talking about a kiss. Get together or don’t, but get back to playing True American already! But then I think I'm being impatient. If "New Girl" can pull this off  – obsessing about a kiss and a blooming romance for multiple episodes, exactly how people do in real life — maybe the "Moonlighting curse" monkey will finally be fully off TVs back.