Reproductive freedom also means choosing not to have an abortion 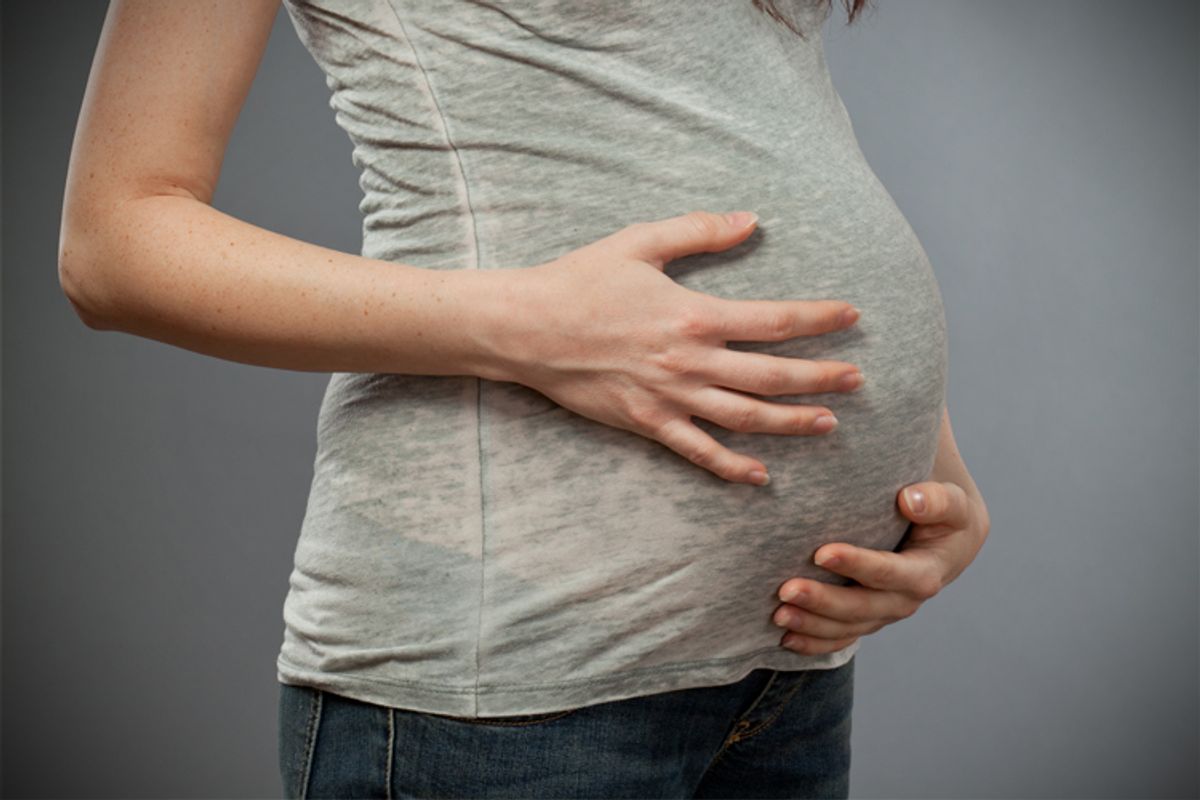 In Texas this week, a pregnant teenage girl and her lawyers won a victory for reproductive freedom. She's been granted the right to not have an abortion.

The teen, who was 10 weeks pregnant and known in court documents only as R.E.K., recently sued her parents for trying to strong-arm her into having an abortion. According to the suit, the girl's mother threatened to "slip [the teen] an abortion pill," took away her phone and her car, and kept her home from school because she refused to have an abortion. The mother also allegedly told her she was "making the biggest mistake of her life" by going forward with the pregnancy. Her father, meanwhile, allegedly told her he "was going to look into canceling" her health insurance and said she "needs an ass whoopin'." The girl also says he told her "he was going to take her to have an abortion and that the decision was his, end of story."  Oh, look, a man saying he's got the right to make choices about a woman's body. How refreshing. And that's when she got the Texas Center for the Defense of Life involved.

The parents, who are divorced, deny the teen's claims, but this week they agreed to the judge's order that they not force her into abortion. They also consented to "let her keep using her car, pay for her phone bill and part of her medical insurance, and allow her to marry her boyfriend." The boyfriend told CNN Tuesday, "We were always determined to have the baby."

The case, though significant, is not the first of its kind. Last year, the Texas Center for the Defense of Life represented a 14-year-old girl in a similar situation, in a case that was eventually settled in a confidential agreement. And in the Nevada Supreme Court last fall, County District Judge Egan Walker tussled with the adoptive parents of a mentally disabled 32-year-old woman with severe health issues over whether he could order her to have abortion. Ultimately, the court sided with the woman's Catholic parents, and determined that she would proceed with her pregnancy.

The Nevada case was controversial – and highly murky – because it involved a pregnant woman who was incapable of making a reasoned decision for herself. The Texas case, though it involves a minor, is less so. As it should be. On Wednesday, I spoke to my friend and former colleague Amy Benfer, who has personal experience of being 16 and pregnant. As she puts it aptly, "Oh, hell, yes, she should be able to make the choice."

In a more enlightened world, this could have been just a story about a girl exercising her basic rights. It wouldn't have become a cause that an antiabortion group would seize upon, giving it the opportunity to crow, as Center for the Defense of Life's Greg Terra did to the L.A. Times, "This is a tremendous victory and another life has been saved. We are very proud of our teenage client for being strong enough to stand against her parents to save her unborn child’s life." It wouldn't be a victory for an organization dedicated to "aggressively defending the sanctity of human life." It wouldn't be about the fetus at all.

Benfer says, "There is no difference between this case and any of the cases in which girls have fought to receive an abortion without parental consent." But she added, "If anything, it reinforces once again the idea that the youngest and poorest girls are the ones most likely to have their reproductive rights taken away."

The antiabortion side would like you to believe that we're all ruthless baby-killers here on the side of our constitutionally protected rights. But this week, NARAL Pro Choice Texas' Heather Busby called the decision "a victory for women’s reproductive health," adding, "Women should have the ability to determine what happens to their bodies and what happens with a pregnancy." And if we believe in reproductive freedom, if we truly support a woman's right to choose, then that means supporting all her choices. Not for the sake of the baby. For the sake of the mother.