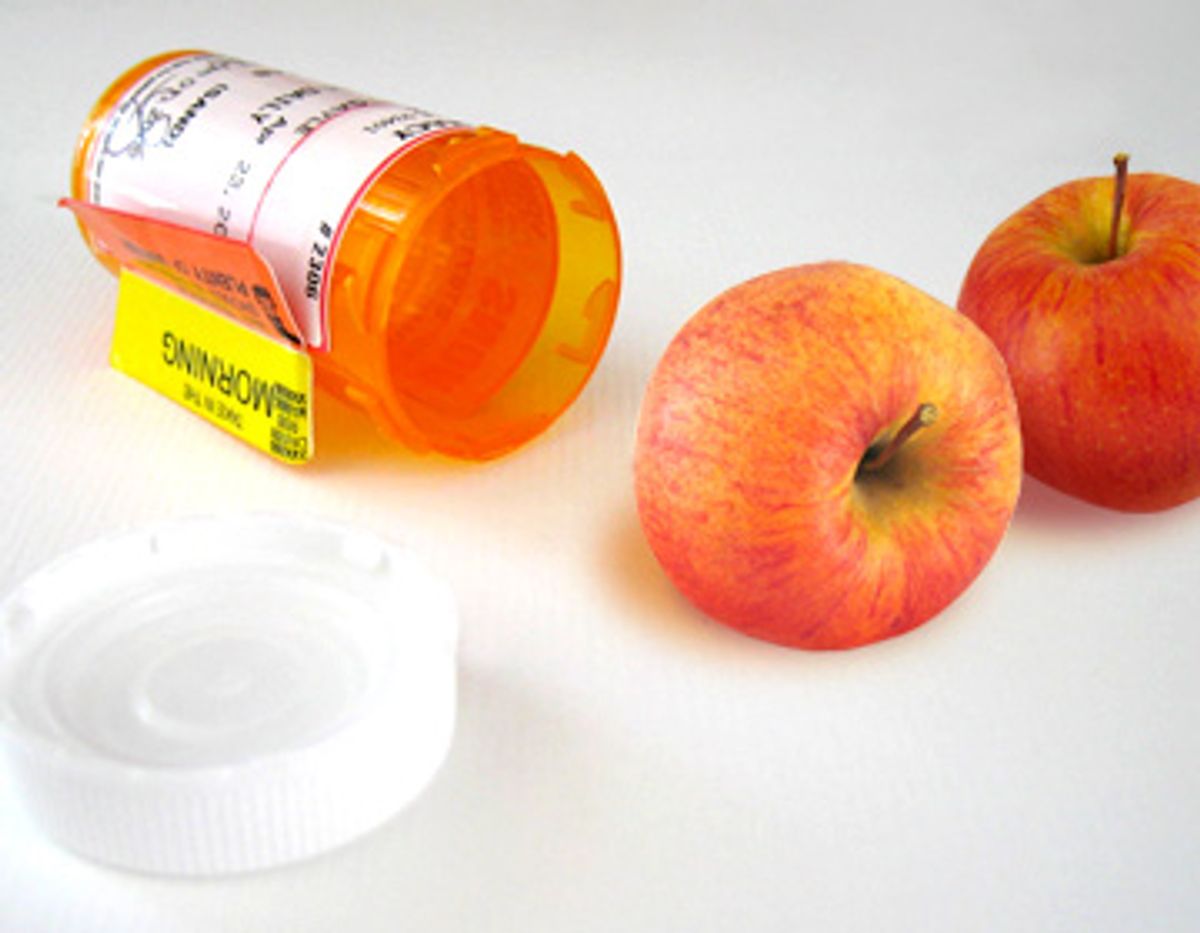 WHEN I WAS in my early twenties I lived in New Zealand for several years, working on a television series. Our series was stunt based and one day I almost broke my ankle. New Zealand has a national healthcare system. Even though I was not a New Zealand citizen, I still was taken to a doctor who x-rayed my ankle. Once he deemed the foot not broken he prescribed me a regimen of physical therapy. A trained therapist came to my house and rubbed my swollen and quite purple foot twice a day. None of this cost me anything– of course the production company was taking care of that– but that original doctor was a public one, in a public emergency room. When he finished up his exam and knew that my foot-bones were still intact, that simple extra step he took prescribing me physical therapy was his way of treating his patient’s whole care, not just the condition.

Eight years later in Los Angeles a surgeon removed a football sized non-cancerous mass from my liver. The incision was from my breastbone to the middle of my abdomen and across each side. By the time I was discharged from the hospital six days later, my liver was on its way to regenerating. Doctor B was pleased. He prescribed a bottle of painkillers, scheduled a follow-up appointment one month later to remove any errant un-dissolved stitches and off he went to another patient; in those days he was giving up to four liver-transplants a day. One year after my surgery I put my back out; I could barely walk. A back specialist was called, and when I showed him my long pink scars he was seemed shocked that my liver doctor had not prescribed physical therapy, “Your core has been cut in half.” “You need your stomach muscles to be strong for every movement in your life.” The next day I started therapeutic Pilates.

The American industry of healthcare is a very competitive one, like fishmongers at South Street who are selling the freshest cut “Ova here.” Illness is big business. I had actually seen five different surgeons at the best hospitals in the country before I decided on Dr. B. Each suggested some other kind of option that left me confused and frightened. I just wanted to get better. I needed help. I did not go to medical school. All I could do was trust that these men had my best interest in mind. I was only searching for the best treatment, the easiest way out of this ever more suffocating room of illness— my masses had gotten so large that I was having a hard time breathing. Yet there was always a hint of competition in the air when I mentioned the other surgeon’s ideas. My blood doctor actively hated my liver surgeon because he had “like 20 Ferraris.” I was dying and this is what these guys were thinking about. They were concerned with who had the better car. And these were the good guys, the best in the country. I felt like I was being cared for by a bunch of hedge fund execs. If you take the care out of the health business we are not that far off.

Here in NY, a new and even more hair raising healthcare situation has come into my knowledge. The rich—you know those people who are able to get the better seats at Jay-Z concerts, in the front of the plane, or ride around in blacked out cars with good looking drivers—the rich have started private doctor Co-Ops. Now these are not the non-profit insurance co-ops that I am actually part of. Mine is called PCIP and was created for high-risk adults who could not get insurance because of pre-existing conditions (see liver surgery) by President Obama as part of the Patient Protection and Affordable Care Act. No. These private Co-Ops are like when you buy into a building and everyone equally takes care of the roof and grounds maintenance. Well, folks now have these for doctors. For a mere 100/200k a year you can buy into a doctor, or a group of doctors, and they will be available to you whenever you get sick. Let me repeat that: Doctors who will be available when you get sick. I thought that was the would point of medicine, the reason young people were driven to become doctors in the first place, because they wanted to be there for those that were ill and help them recover?  Enter the American Dream. How often have you heard a young person be told by a parent to go out and meet a doctor because doctors are rich? This idea has led to the creation of the medical-industrial complex. Commerce, baby. The business of sick. Kids now want to be doctors because they want to get rich, not because they want to help the ill.

Let’s think about all those books and movies about future dystopian societies where the rich live in glass bubbles raised above the rest of humanity who are a dirty, teeming, unwell mess. This is how it happens: the disconnect from patient to heath ratio because of financial gain. This is how we elevate the poor/rich gulf further.

In our privatized American health care system, where health and care are separated, our system of treating illness is not about treating the condition in a permanent way. It is built to make every fix temporary, to keep you coming back and paying more.  Our doctors are no longer communicating with us as living, breathing, hurting beings because the medical-industrial complex rewards them financially from medication prescriptions, from surgeries preformed, and not on the quality and thoroughness of care. Private industry long ago figured out that to truly succeed is to sell more, more often. Thus, products nowadays are fabricated in a way that makes them disposable, only semi-permanent. Unfortunately we have been sold the same disposable theories when it comes to our healthcare. The more patients doctors see in a shorter amount of time, the more money they receive. More transplants equal more Ferraris.

The Patient Protection and Affordable Care Act was a good start, yet it is definitely not a conclusion. This law has begun the process of leveling the playing field for all of us, even those of us who were born with medical conditions or are predisposed to eventually develop a condition over the course of our lifetime or if we were born with a vagina. We are no longer able to be excluded from insurance plans because of these things, nor will be charged an increased rate. But, the better result would be if the doctors were actually hired by the country and their services are available if needed, like firefighters. While New Zealand has a free public health system, for those that can afford it there is additional private insurance that can be purchased. So, you can provide free care for those who can’t afford health insurance and those that want privilege can still have their own store bought doctors. This country has the capacity to care for all of us that need tending and at the same time to still make money at it. Those that really want to be in medicine for profit will still be able to do that, as well as those that want to take a slower time caring for the whole person. ObamaCare should have come with a disclaimer: No doctors will lose any Ferraris in the implementing of this healthcare bill.

A human life is a long one. It can be painful if not put back the right way. American medical schools offer some of the best training and produce some of the top surgeons in the world. Doctor B is the chair of surgery at a teaching hospital. He has been voted Top Surgeon for numerous years in a row including 2011-2012. He has done liver transplants for numerous special dignitaries, including several men linked with the Japanese mafia. The work he does is an important life saving service. The surgery he performed on me was something no one else in the country would even try. His residents, whom I referred to as a collective called the B-Squad because there were so many of them and they rotated out so often, were in the room during my operation and one relayed to me he “still couldn’t believe Doctor B. was able to remove a mass of that size without compromising the liver…it was a very difficult surgery.” I feel a huge sense of indebtedness to Dr. B. He saved my life and countless others. I hear he is a wonderful teacher. I only wish our country was able to provide a system supportive of whole-body support, where I would have been given a program of rehabilitation to properly rebuild those muscles that had been severed. My foot has never given me another problem while my back remains pretty touch-and-go.

It is the American Medical Industry that is broken, not those that are functioning within it. For it to be fixed, overhaul will need to come from the outside, from further involvement by the government without the insurance industry or Big Pharma butting in.

Health is a human rights issue and it needs to be considered as such. This is an epidemic we have on our hands: The culture we presently live in where “your illness is not my problem.” If your neighbor’s house was burning down, would you not try to help? As a nation we spend trillions on war making, on the manufacturing of protection devices; can we not spend a portion of that on protecting our collective bodies? Is it not a national security issue to have a healthy nation? Our sister countries Canada and Australia have proven that single-payer works. There has been some movement towards a single-payer system at the state level—Vermont has passed and is moving forward to putting in place the nation’s first single-payer system by 2017 for all it’s residents.

The public doctor in New Zealand who examined my simple foot injury was not only thinking about what was in his patient’s best interest but that it was actually in the country’s best interest for me to recover completely from the injury because it would mean fewer trips to the doctor. Less cost for the country and less pain for me. A win for everyone.