No, BuzzFeed, no one seriously compared anything to slavery

Ed Markey brought the case up, but he's not the one constantly "equating" stuff with Dred Scott 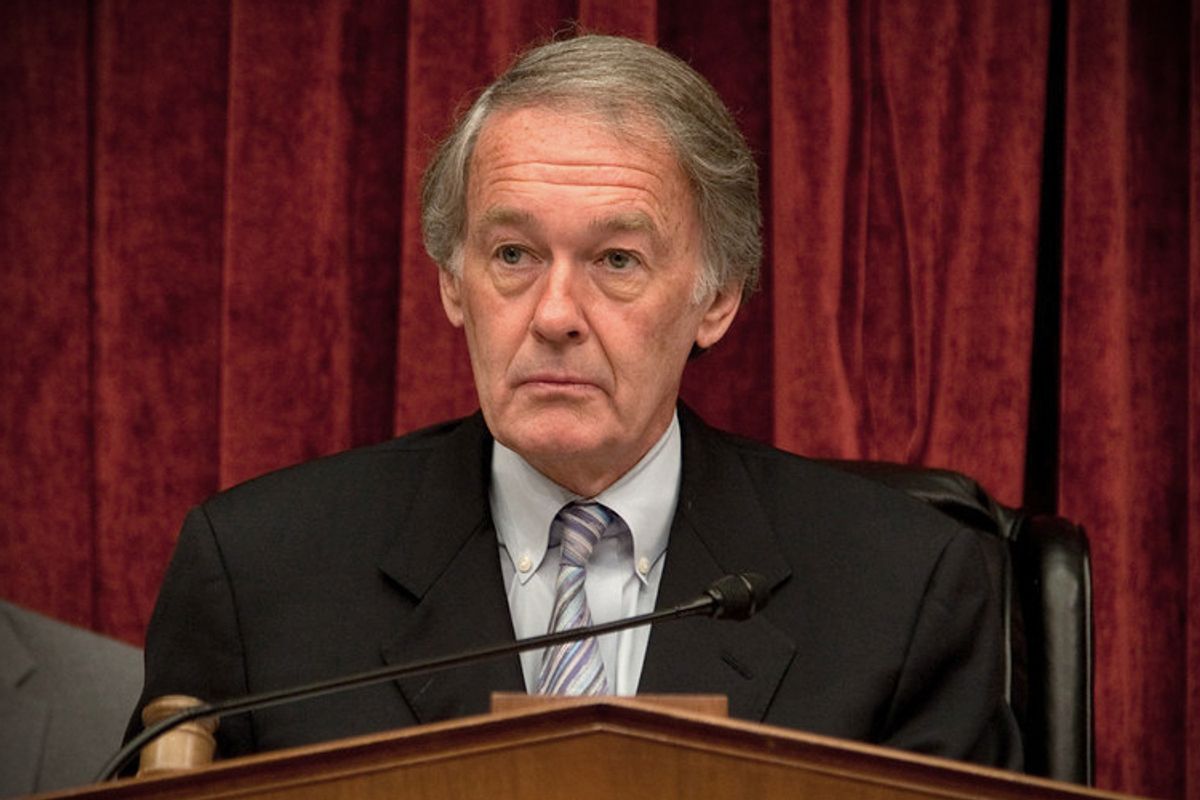 Nine times out of 10, when you see a headline use the format "[Political figure] compares [current issue] to [uniquely tragic or horrific historical event or figure]" you are about to read some idiotic trumped-up outrage fuel. The Internet is powered by trumped-up outrage fuel, and "dumbass says this is just like what the Nazis did" is can't-miss click bait. So here's BuzzFeed's John Stanton with "Ed Markey Compares Campaign Finance Ruling to Decision Upholding Slavery."

In traditional BuzzFeed fashion, the story is big shareable SHOCK headline in the front, boring and largely unread context that defuses most of the outrage in the back. (I think this common style of controversy-stoking story packaging is "TRASHY" and "EW.")

"I want to go to the United States Senate in order to fight for a constitutional amendment to repeal Citizens United. The whole idea that the Koch brothers, that Karl Rove can say we're coming to Massachusetts, to any state of the union with undisclosed amounts of money is a pollution, which must be changed," Markey said to loud applause.

"The constitution must be amended. The Dred Scott decision had to be repealed, we have to repeal Citizens United," he added.

It is obviously possible to compare things without claiming the things are morally equivalent, and in fact the point Markey was making was not that the Citizens United decision was a travesty of justice on par with Dred Scott, but rather the much more prosaic and less inflammatory argument that because it is now Supreme Court precedent, Citizens United will only be overturned by a constitutional amendment, just as Dred Scott had to be.

We can all probably agree that comparing stuff to Dred Scott "isn't helpful," in that the comparison itself then becomes a huge point of distraction even when you were just trying to make a commonly understood reference to the one Supreme Court case everyone has heard of and now agrees was "wrong." But the point isn't that what Markey said was offensive. The point isn't that Republicans think references to Dred Scott are or should be "off-limits." That's not the point at all! The point is what BuzzFeed editor Ben Smith Tweeted about the piece:

You'll notice Smith's tweet embedded at the bottom of this brief National Review Online post on the SHOCKING QUOTE. That's the point of the story: Conservatives would get in trouble for saying this so it's not fair. It's the entirely hypothetical double standard that they're outraged about!

This maybe isn't the best case to make that particular stand on, though, because certain conservatives constantly bring up Dred Scott. And they make the comparison in the offensive "drawing a moral equivalence" way. Because it's commonly accepted on the Christian right that legal abortion is as bad as -- or possibly worse than -- slavery. As National Review legal blogger Ed Whelan told the Senate Judiciary Committee: "Roe is the Dred Scott of our age." President George W. Bush mentioned the case, somewhat inexplicably for viewers not familiar with pro-life movement rhetoric, in his 2004 debate with John Kerry. And here's Paul Ryan equating Roe with Dred Scott in 2010. All of those guys seems to have "gotten away with it," as best as I can tell.

"Ed Markey invokes common right-wing dogwhistle while making procedural point about overturning Supreme Court decisions" is not a very Buzzy headline, I know, but let's all try our best not to add to the sum total of stupidity and intentional denseness in this sorry world, please. Let's not pretend to misunderstand common rhetorical devices in order to repackage boring remarks as OUTRAGEOUS for the sake of buzz or point-scoring. Let's just not.