Oscar-nominated director on his LAX detention: "I didn't know what was going to happen"

The Palestinian director of the documentary "5 Broken Cameras" discusses his temporary detention at a U.S. airport 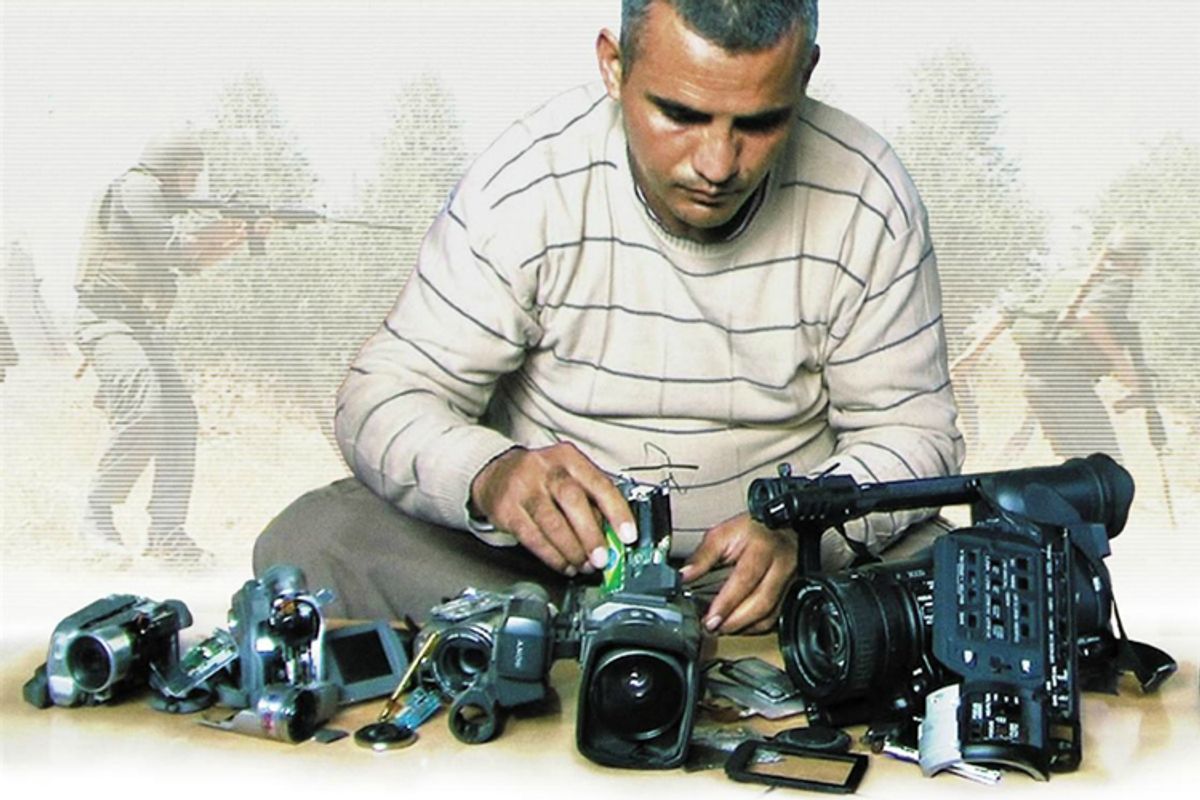 Emad Burnat, the Palestinian director of the documentary "5 Broken Cameras," flew into Los Angeles late Tuesday night for the Academy Awards, where he's a best documentary feature nominee. And he almost didn't get to stay.

Burnat, whose film is a personal account of Burnat's life as a farmer on Israel's West Bank, was interrogated by a customs officer at LAX, who asked him to show proof he was, indeed, coming into the country for the awards ceremony. "I had the emails from the Academy on my iPhone," Burnat told Salon, "and the immigration officer refused them. She asked me for documents, but all of them were there in my iPhone; in emails and pictures of the invitation. She told me I had to come up with documents and papers, and I told her there was no way."

The director, who said he had been to America five times previously but never asked for supporting documents beyond his passport, called the border officer's intransigence "strange."

"To be an Oscar nominee -- they can, very easily, Google you or call someone! They can find that information." Instead, a series of two officers in two different rooms told Burnat over the course of "an hour to 90 minutes" that he might have to fly back to Istanbul, the city from which he'd just arrived. The second officer, a man, was more kind to Burnat and his family: "He gave more attention to me, to what I was talking about. He checked in more detail." And he allowed Burnat, his wife, and his tired eight-year-old son to stay.

"When you have a Palestinian passport, the treatment is different, they treat you different," said Burnat. "It's not just in U.S. I've been traveling in different European countries, and it's a strange thing for them."

The news of Burnat's detention at LAX -- he used his iPhone, while waiting in the small room, to email friends, and his fellow documentarian Michael Moore called attention to the incident on Twitter -- traveled quickly. And visa difficulties are not entirely new for Academy Award winners; yesterday, the studio behind best foreign language film nominee "War Witch" sent a triumphant press release announcing that the film's lead actress had finally been granted a visa to travel from the Democratic Republic of the Congo to the U.S.

Asked if he would use a hypothetical Oscar speech to address the incident at LAX, Burnat indicated he wasn't interested. "We live in these situations. I go through this all my life with checkpoints at the Israeli border. It's much more important to talk about the Palestinian situation."