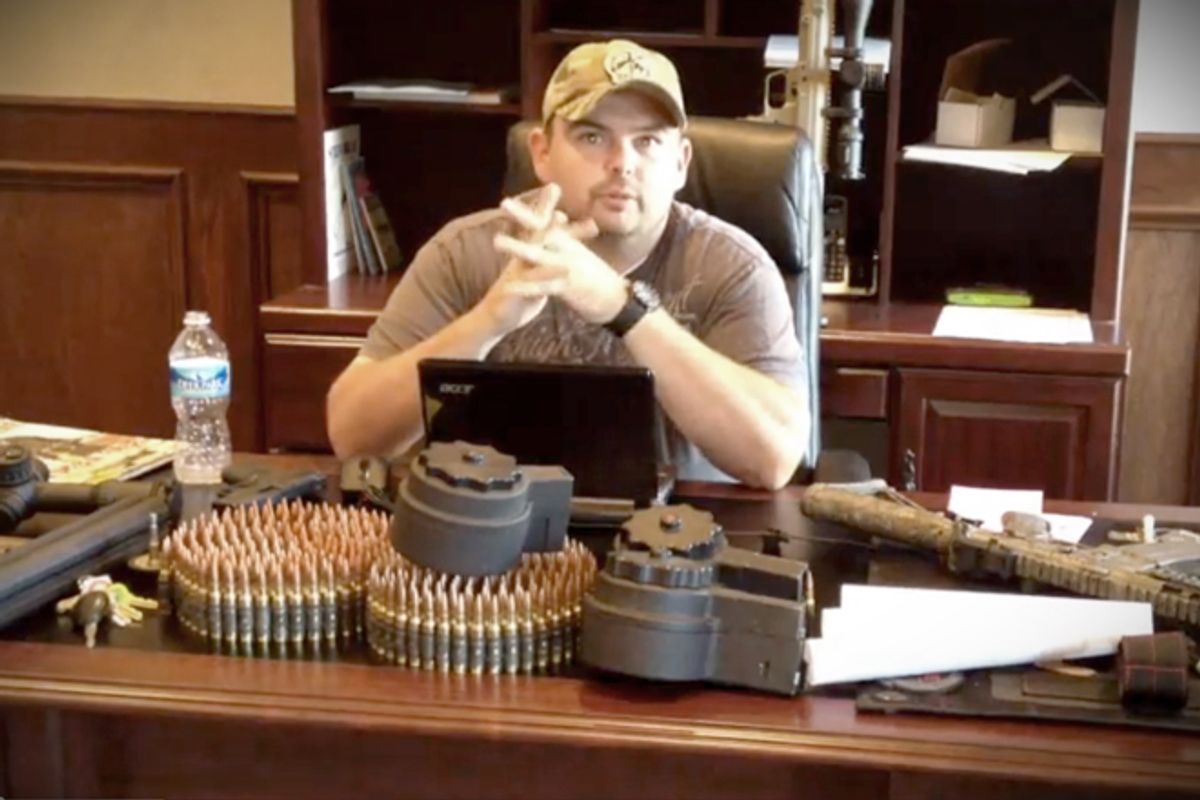 It has been six weeks since the strange death of Keith Ratliff -- the YouTube assault-weapon enthusiast who was shot and killed in his Georgia compound/weapons store/testing facility.

While conspiracy theories continue to fly around the Web (usually suggesting that the Obama administration is sending "death squads" after Second Amendment lovers), his popular FPSRussia channel has gone quiet. No new videos demonstrating what the firepower of an assault weapon might do to a cardboard cutout of Justin Bieber!

(Most Web ratings services placed it among the 10 most popular YouTube channels, with some 3.8 million subscribers.)

But rest assured, fans of freedom. If you would like to see a UTS-15 12 Gauge take out a toilet, FPSRussia is back. And that exploding toilet is verging on 1,000,000 views.

Kyle Myers, who plays the zany Russian in the site's videos, posted a new clip this week, after first eulogizing his fallen partner. "As many of you know we lost a member of the team about a month ago," he said, "but I felt like it was time to get back into the swing of things, get back to the firearms -- and most importantly get back to entertaining you guys."

Ratliff's death, meanwhile, remains unsolved. He referred to himself as a “gun nut” and insisted in the days after Newtown that the Second Amendment's purpose is “about owning weaponry to allow you to defend yourself from all enemies, no matter where they rise from.” Georgia state police investigators remain on the case.