Must do's: What to watch and read this weekend

Sitcoms and drama get hot and heavy with romance, a "Girls" guy turns out a thrilling double feature, and more! 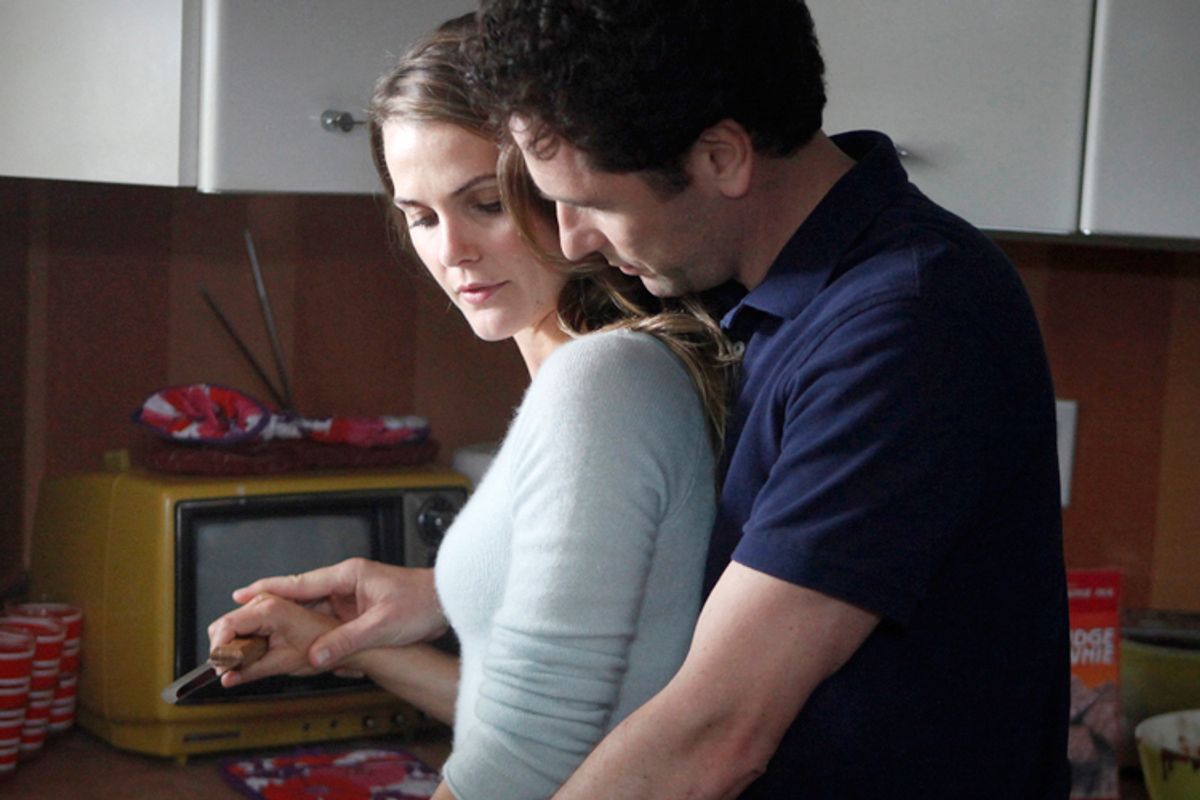 Every week, our critics tell us about the books, TV shows and films that set their minds racing. As you settle into your weekend in pursuit of good stories, here's a recap of their most essential picks for what to watch and read — and discuss. Laura Miller is absolutely absorbed by Herman Koch's gripping thriller "The Dinner" — a best-seller in Europe, selling over 1 million copies — a story propelled by an unreliable narrator. It's not quite the Dutch answer to Gillian Flynn's huge hit, "Gone Girl," but is no less riveting. She writes:

"What Koch achieves with his prose — plain but undergirded by breathtaking angles, like a beautiful face scrubbed free of makeup — is a brilliantly engineered and (for the thoughtful reader) chastening mindfuck. The novel is designed to make you think twice, then thrice, not only about what goes on within its pages, but also the next time indignation rises up, pure and fiery, in your own heart." Laura Miller also wonders what took her so long to dig into Charles Portis' novel "Norwood," which she loves. She tunes in to the audio for her Listener column this week:

"Portis’ forte is comic dialogue, so the right actor — one who can combine precision timing with a completely relaxed manner — is essential; previous performers struck me as drab and clipped. David Aaron Baker seems to have marinated in Portis’s sensibility (Baker is best known as the audiobook narrator of Dean Koontz’s Odd Thomas series, but he impressed me most with his indelible reading of M.T. Anderson’s 'Feed,' a sort of futuristic YA tragedy-satire — one of the most difficult genre mashups imaginable and probably not a whole lot easier to perform than it was to write), a voice and view of the world that could be likened to a lighter version of Flannery O’Connor. Devotees of Mark Twain and Elmore Leonard will probably feel at home here as well. (If what you like best about the FX series “Justified” is the repartee and the humor, then come on down.) Andrew O'Hehir takes in "Rubberneck" and "Red Flag," a complementary double feature by actor/auteur Alex Karpovsky — better known to "Girls" fans as Shoshanna's irascible "nerdy-handsome" boyfriend, Ray (and Hannah Horvath's boss at Café Grumpy) — which is the Pick of the Week. O'Hehir writes:

"Alex Karpovsky uses his angst-ridden, self-conscious persona and ambivalent nerdy-handsome appearance judiciously. He never tries to make himself seem like the coolest guy in the room, like certain prominent actor-directors (excuse me, I need to cough: Affleck!), nor does he wallow in endless, nebbishy self-pity. If I may put it this way, he’s trying to learn from the crimes of Woody Allen and Philip Roth, while still exploring similar terrain … This really is a double bill, one that can easily be consumed in an evening: 'Red Flag' and 'Rubberneck' are each under 90 minutes long, and each deepens and sharpens the other. How deliberate this was I can’t say; 'Rubberneck' immediately put me in mind of the classic slow burn of vintage thrillers like Fritz Lang’s 'M' and Michael Powell’s 'Peeping Tom,' although Karpovsky and co-writer Garth Donovan have cited all kinds of other things, from 'Michael Clayton' to 'Caché' to 'Fatal Attraction.'" This week, TV is all about love — a week after Valentine's Day — and Willa Paskin dissects the two most striking relationships. First, she delves into "New Girl's" growing obsession with the budding romance between Nick and Jess (this is the third episode devoted to a kiss exchanged between the two roommates), and wonders — OK, worries — whether the show will succumb to the "Moonlighting" curse:

"It’s been a lot of talking about Nick and Jess and their sexual tension and how it may or may not ruin everything. I adore 'New Girl' — no show on TV makes me laugh as much — and I even like Nick and Jess as a couple, but I’ve been a little flummoxed by these two episodes: It feels like it’s already been a lot of talking about a kiss. Get together or don’t, but get back to playing True American already! But then I think I’m being impatient. If “New Girl” can pull this off – obsessing about a kiss and a blooming romance for multiple episodes, exactly how people do in real life — maybe the 'Moonlighting' curse monkey will finally be fully off TVs back."

Paskin also puts the Jennings, from the Cold War-era drama "The Americans," on the proverbial couch. The Russian spies, who live in Northern Virginia, have been in a sham marriage for years. Except that Phil has always taken his role as husband to heart; less so, wife Elizabeth, though that seems to be changing. Paskin, who is a fan of the series, has some suggestions. She writes:

"At the end of the last week’s installment, Elizabeth confessed that she was finally starting to feel something for Phil: Now they’re making hotel room, daytime sex dates. I’m sure the two will have trouble again – Elizabeth is fundamentally untrusting of Phil — but the ups and downs of their marriage would be better left simmering, small changes in feeling and passion explored in each episode and accruing over time rather than being foregrounded each week … From the start, 'The Americans' has always been about this particular messed-up romance. It may need some time to work out the right balance, but, per 'Homeland,' the right balance is one where the Jennings’ love lives don’t always dominate. The spy show aspect of 'The Americans' doesn’t have to be a cover for the love aspect: The show should let itself be 'about' both of these things."