Michael Goldfarb has made a career as an "all-around anti-liberal provocateur," according to the New York Times 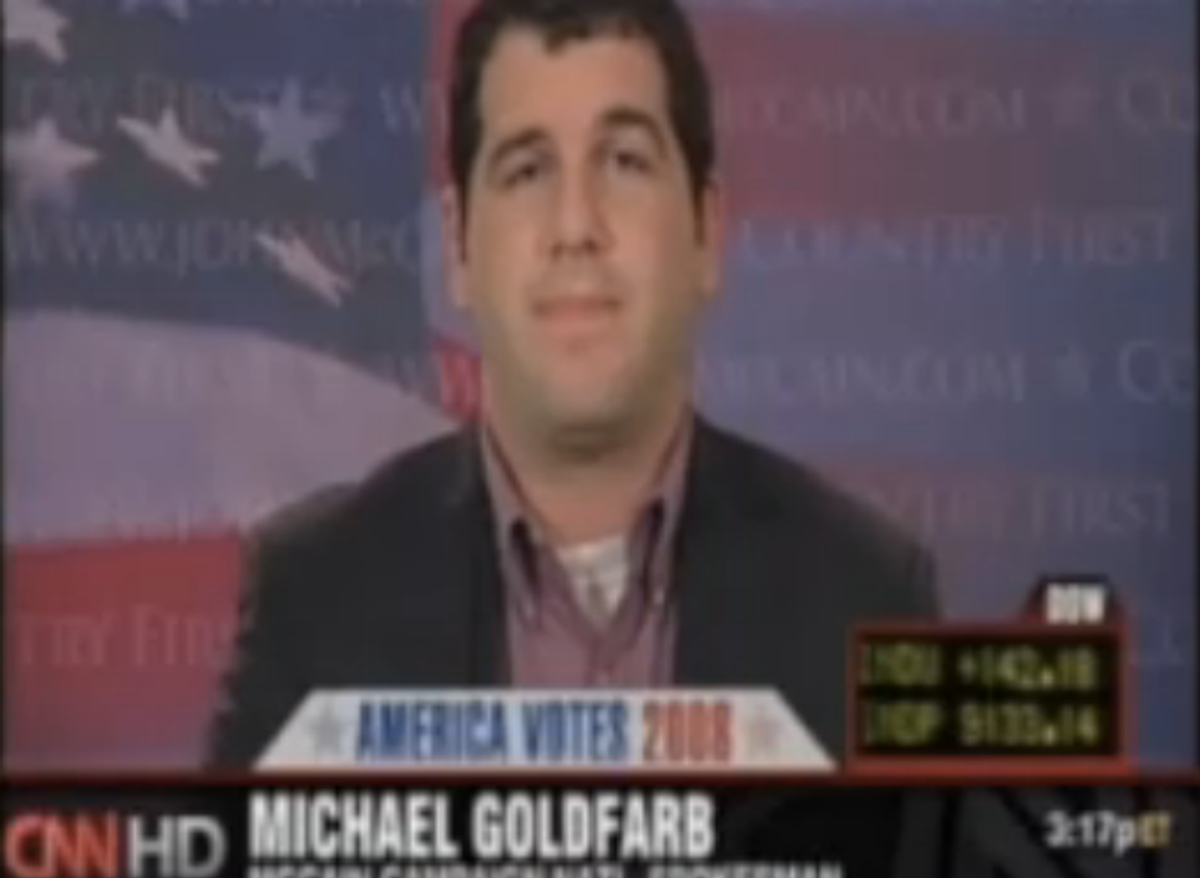 The New York Times has described Michael Goldfarb, the 32-year-old founder of conservative site Washington Free Beacon as an "all-around anti-liberal provocateur,"a "hawkish magnet of liberal scorn"  who is "known as a flamethrower on both sides of the aisle;" a man who revels in this reputation so much that he identifies himself as a cudgel. The most recent controversy that Goldfarb's stirred up? Digging up a report of questionable merit that eventually led to the Senate Republicans filibustering the defense secretary nomination of former Sen. Chuck Hagel.

As the Times explains, Goldfarb has made a career out of controversy:

"Often working with money from major Republican donors, most of whom have preferred anonymity, Mr. Goldfarb has been in the middle of nearly every major partisan dispute of Mr. Obama’s presidency — over Iran, Israel, terrorism policy and now Mr. Hagel and guns. For a time, Mr. Goldfarb worked as a communications strategist to the leading bêtes noires of liberals, the billionaire brothers Charles and David Koch."

Goldfarb, a Princeton grad, began his career as a receptionist at The Weekly Standard, but lost no time in pursing his mission to upend the liberal media. His work soon caught the attention of Sen. John McCain's strategists, who hired him “to attack the press,” as he described it to the Columbia Journalism Review.

But Goldfarb doesn't take his attacks seriously. The New York Times explains, "As he tells it, he is simply trying to have fun while practicing his admittedly combative brand of politics — the humor of which, he said, his liberal critics are too self-serious to get."

“We’re true believers, but we’re also troublemakers, and if you look at the work we do, a lot of it has a sense of humor,” Goldfarb told the Times. His site has one major mission: "We get up every day and say, how do we cause trouble?” he says.

An old roommate and associated editor at Harper's Magazine, Christopher Beha, said of Goldfarb, “He relished the fact that he had a viewpoint that wasn’t everybody else’s viewpoint — he was not above saying things solely for being provocative."