"Lincoln" had the most nominations, and the most Oscar-y patina, but lost. Some point fingers at another president 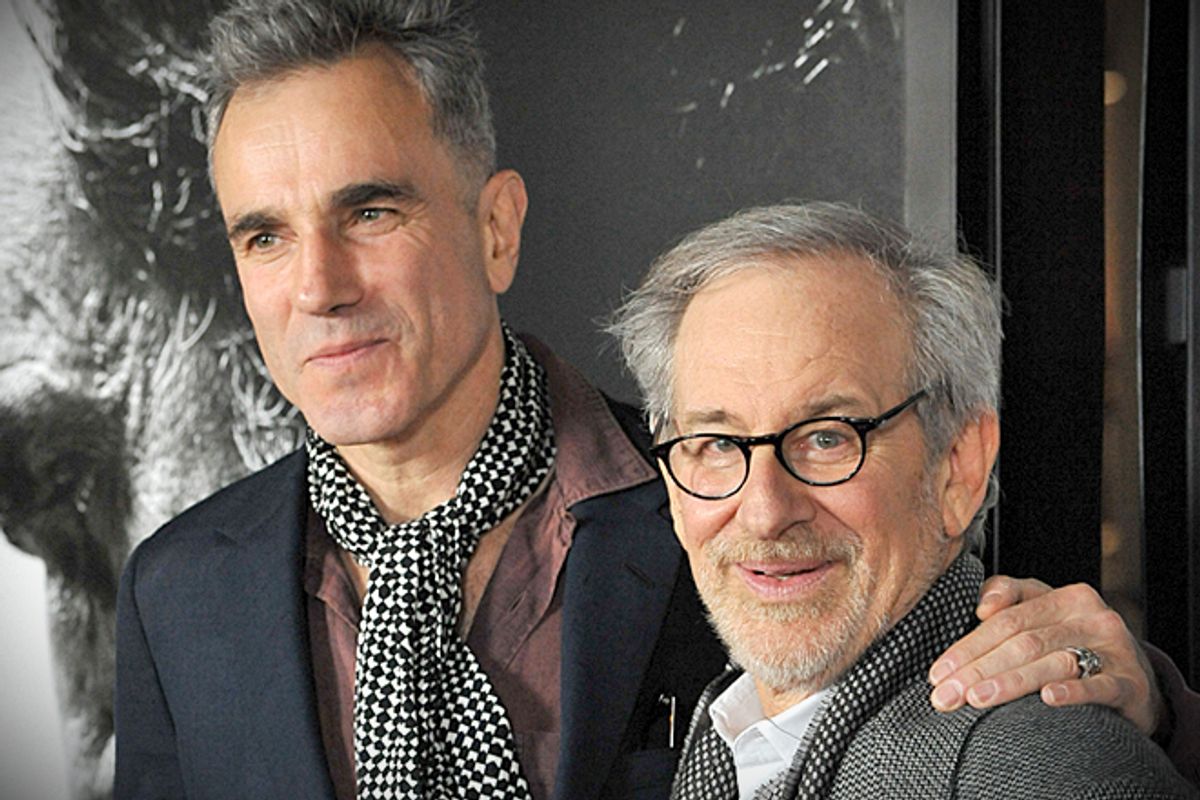 Anyone looking at the Oscar race last October or so would have thought that "Lincoln" would take the whole thing -- it was a perfect merger of inspiring historical subject matter, prestigious director, Oscar-bedecked star, and it came into the ceremony with the most nominations. And yet aside from star Daniel Day-Lewis and the film's production design team, the film didn't win a thing; 10 nominations, including ones for best picture, best director for Steven Spielberg, and best adapted screenplay for Tony Kushner came up empty.

One possible reason? The New York Times has a theory they won't attribute to anyone, but which they pushed in stories both Friday and today: "Lincoln" and its producers "seemed to overreach by getting Bill Clinton to introduce a clip at the Golden Globes last month." The film seemed to bid for recognition as more than a movie, as something serious and grave, in its marketing materials as well, with For Your Consideration ads describing noble sacrifice and exhorting "His Story is Our Story." At a time when Congress is held in low esteem (to say the least), a reminder that the film's depiction of a fractious Congress united by a charismatic leader is somehow meant to be contemporary hardly inspires.

Furthermore, in an Oscar season plagued by questions about accuracy and objective truth, "Argo" was explicitly a movie and its claims to veracity were limited. "Lincoln" was framed in the press not as a costume drama of the sort with which Oscar's familiar but an assiduously researched curio, a document of life in 1865 for which Daniel Day-Lewis wouldn't break character and the director wore a suit every day to film. It was a bit exhausting, as opposed to "Argo," whose director, Ben Affleck, freely admitted that his work embellished and modified history.

Finally, as Richard Rushfield points out at BuzzFeed, Spielberg was far less available during Oscar campaigning season than was Affleck. He was hidden away but for on "60 Minutes," which ran two separate features on the film -- for the voters who watch the CBS newsmagazine, he must have seemed ubiquitous.

Spielberg has been through this race many times before -- "Lincoln" is his second consecutive film nominated for best picture, in fact, and he has two best director trophies from the 1990s in hand. (His film "The Color Purple" also holds the record for most nominations without a single Oscar win.) A similar phenomenon to Spielberg's happened in the acting field with Meryl Streep, whose work only got her a third win last year after more than a dozen unfulfilled nominations. There would always be another chance for her to win, or for a Spielberg film to do the same. He certainly pursued the trophy a bit more forcefully than he did when his "War Horse" was a long-shot best picture nominee in 2012 -- maybe it'll be his next film, or a future one, one whose marketing push isn't quite so grave and earnest, that gets him to gold.