The two wrote "Baghdad to the Bayou," via text message. You can listen to the track here! 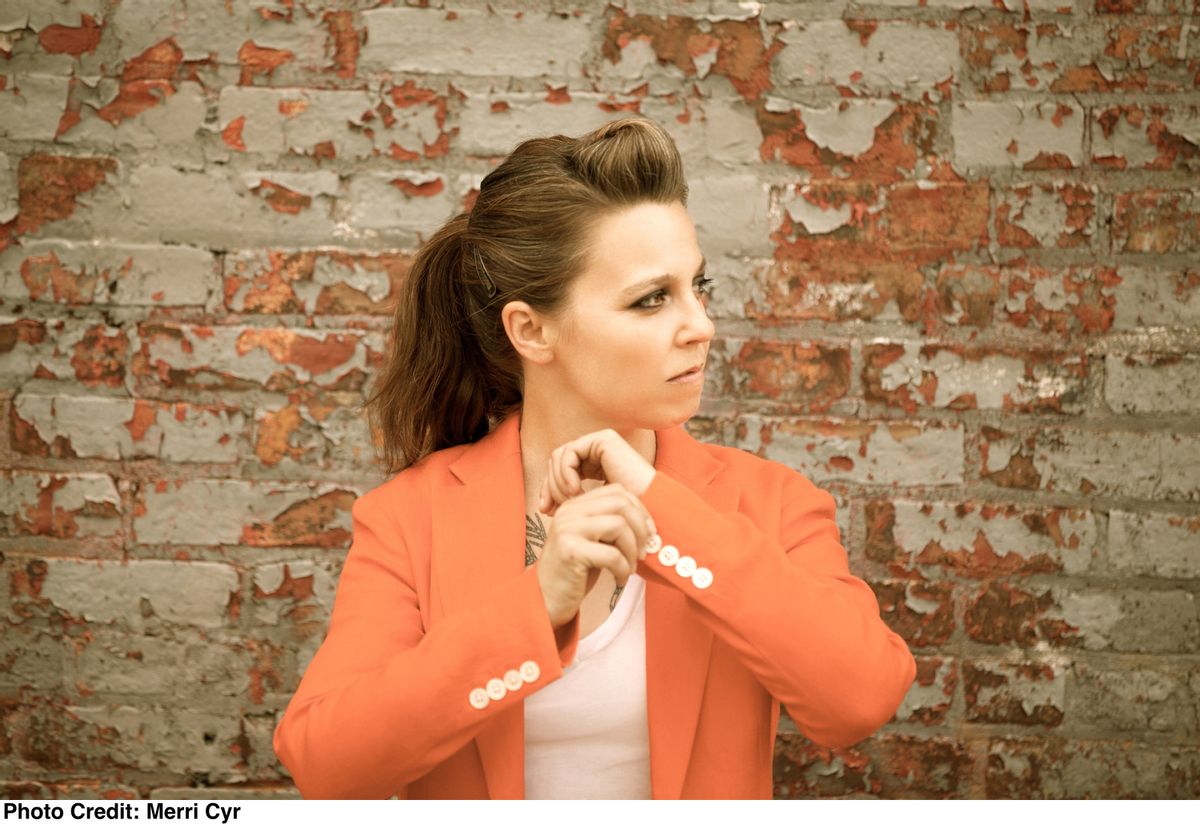 When singer-songwriter Erin McKeown met MSNBC's Rachel Maddow years ago, the two became quick friends. As Maddow says in a press release, "The first time I interviewed Erin McKeown, I botched it — I kept jumping in to finish her sentences, and to quote her own lyrics back to her (as if she didn’t know them already). Erin played a song in studio that day, and at one point she stopped short in the middle of a line, and I took it upon myself to scream the rest of it out loud from across the room. This does not constitute a good interview technique! But it did start a very fun friendship."

The friendship has produced an unlikely collaboration: a twangy folk track called "Baghdad to the Bayou," which appears on McKeown's new album, "Manifestra." McKeown has released the track exclusively on Salon and told us how she and Maddow paired up to write it.

The interview has been edited for length and clarity.

How did the collaboration with Rachel Maddow come about?

It all started in a diner in Alaska. I was on tour with Thao of the Get Down Stay Down, and we walked into a diner in Anchorage, Alaska, and ran into Ira Glass and his partner and we had breakfast with them. Then, later that summer, Ira was putting together a benefit for the World Wildlife Foundation at Town Hall in New York. This was just after the Deepwater Horizon spill. And Rachel Maddow was on the bill and Ira had invited me to be on the bill, then Ira asked me if I would call Rachel and see if we wanted to write a song together. Rachel and I have known each other for a while. She was our local morning DJ on our local radio station in western Mass. for a number of years, and we became friendly through that. And I called her up and asked her if she was interested, and she totally was, and that’s how it started.

And you guys collaborated via text message?

Was that a conscious decision or it just sort of happened?

No, it wasn’t a conscious decision. We only had about a month to do it between when Ira asked us and when the benefit was, and in that month, both of us were traveling a lot. She was bouncing between southern Louisiana and Baghdad and I was out on tour and email didn’t work, we couldn’t get email going, we couldn’t get phone calls going. Text was really all that was available. And it was totally fine with me. I really like writing songs with limitations, (chuckles) and so doing it over text was really fun that way.

What was the overall message that you guys were trying to convey with the song?

Well, what we started with was simply – I know Rachel was like, “I’d love to do this, but I’ve never written a song. Like, how do you do this?” And so, yeah, I said, first of all, we are doing it for this benefit, so let’s do it about this situation. And Rachel was traveling in southern Lousiana, like I said, and also in Baghdad at the time, so I just asked her if she would just begin by – first, send me some artists and some songs that she liked, just a couple things, so I could get some idea of her taste – and then I asked her to send me, like, where are you today? What do you see? What are the names of some of the places you’re at? For example, one day she was in Plaquemine's Parish, in southern Louisiana, and I love that word. I think that’s a great word. And I ended up putting it in the chorus because it’s a lovely word, it’s an amazing place, and writing-wise it’s a really fun word to rhyme. So we started out with that, and then a couple weeks later she was in Baghdad, and I said, “How’s Baghdad?” and she said, “oily.” And it was like, “Right, of course.” That’s what connects these places, and that was the idea: what is it that connects these different places, and what is it that we’re trying to do by connecting them? And I think the answer to that is what the song is saying: asking for transparency, asking for truth. Like, don’t lie to me about what happened at the spill, you know? Just own up to it. For example, don’t lie to me about what’s happening in Iraq right now. Expose it. I think Rachel does that really well on her show. She does that really smartly and really responsibly, so I think the song is an extension of that. Like, what’s happening in Tucson? What’s happening in Kabul? What’s happening in the Arab Spring? All these different things that are circulating and swirling around right now, what connects them all? And it’s this desire for truth.

Listen to "Baghdad to the Bayou" below, featuring Anais Mitchell, Sean Hayes and the David Wax Museum.