For many transgender and gender non-conforming people, getting through airport security is more than just a hassle 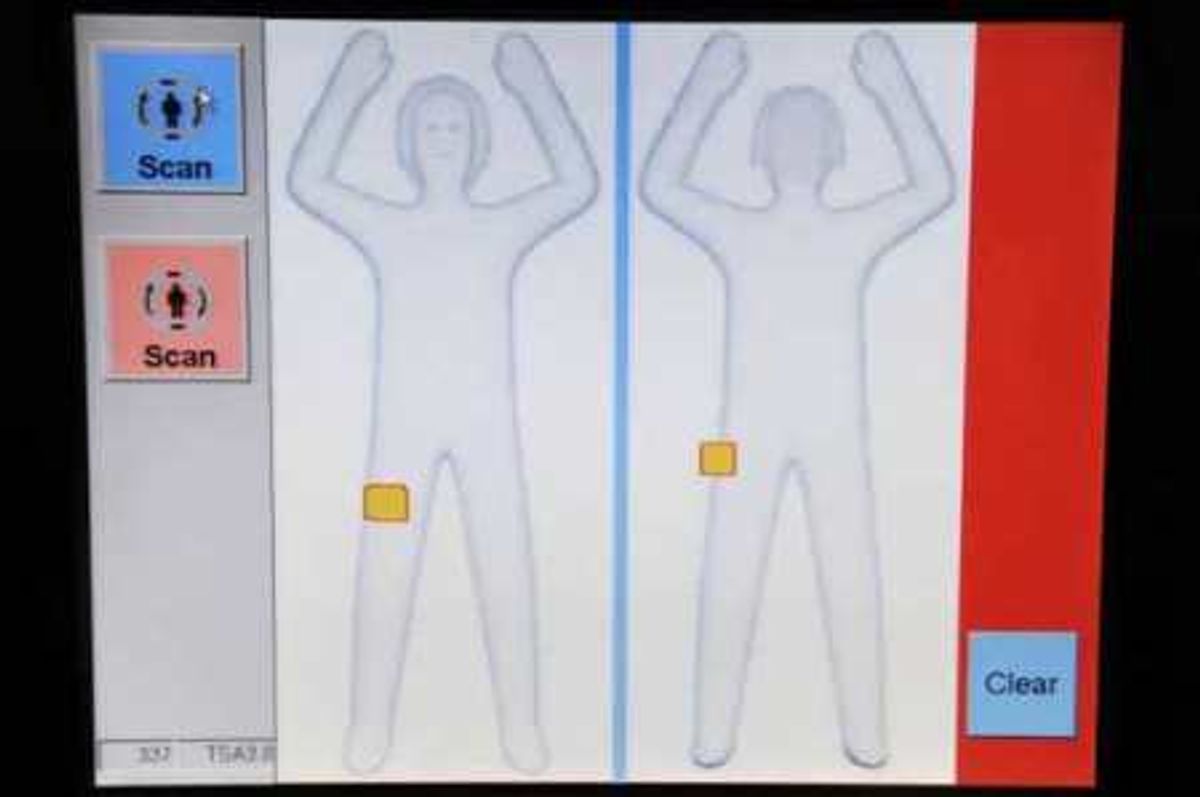 For some people, it's the airplane -- miles above the ground, the only thing between you and a vast blue sky -- that is the scariest part of flying. But for many transmen, transwomen and other gender non-conforming travelers, the most frightening part of a flight can be the process of getting through security.

Because of Transportation Security Administration measures like full body scans and gender-matching identification requirements, many transgender and butch people have good reason to fear being publicly outed and potentially subjected to verbal harassment or violence because of their physical presentation. And for far too many, it isn't just a fear of harassment or humiliation -- it's happening.

In the Huffington Post on Tuesday, Tristan Higgins wrote about the experience of flying while gender non-conforming. Higgins is a self-identified butch woman, "big, strong, tough, more macho, less girly," she says, and this isn't the first time her gender presentation has tripped up TSA agents working with scanning machines that have two clear gender directives: A pink button for women, a blue button for men. When it was Higgins' time to go through, the agent balked:

I was sent to the body scanner. I stood there, making sure to shadow the drawing on the wall in front of me with my arms up, holding my breath. I stepped out and waited in that spot where we all wait while some anonymous stranger decides whether we are a threat, whether our body scan matches up with expectations. Well, it turned out that mine did not.

The woman signaled for me to step back inside the scanner, and then -- here's the kicker -- she asked me, "Would you mind if I ask you if you are a man or a woman?..."

I was ushered into the machine, where I stood once again, making sure to shadow the drawing on the wall in front of me with my arms up, holding my breath. This time she pushed the "female" button (it's easy to find, being pink and all), and my body lined up with it. No little squares on my chest this time. The machine now validated my very womanhood: She's a she, and she's got bumps where she should, and none where she shouldn't. Whew. What a relief.

Higgins isn't alone in the experience, as Jos Truitt, an editor at Feministing, writes:

These sorts of policies have a real impact. I’ve been fairly lucky while flying – I’ve gone through an extra scan because of TSA agents’ gender confusion, but that’s it. I have friends who have been searched and interrogated for hours. They’ve been publicly outed and then had to teach some basic gender theory to TSA agents. The agents themselves are also put in confusing and uncomfortable situations when they’re not offered the adequate training on working with trans travelers. Often they have to pat down someone of a different gender, when policy states all pat-downs are supposedly same-gender.

And while some airports have implemented gender sensitivity trainings into their security protocol, too many have not, leaving women like Higgins and Truitt vulnerable to harassment, prolonged questioning and sometimes denied entry onto the place. Airport security is a shared concern and interest for these men and women, but so is personal dignity and gender autonomy within TSA regulations.

Higgins has filed a formal complaint with the TSA, hoping to inspire such a change in policy: