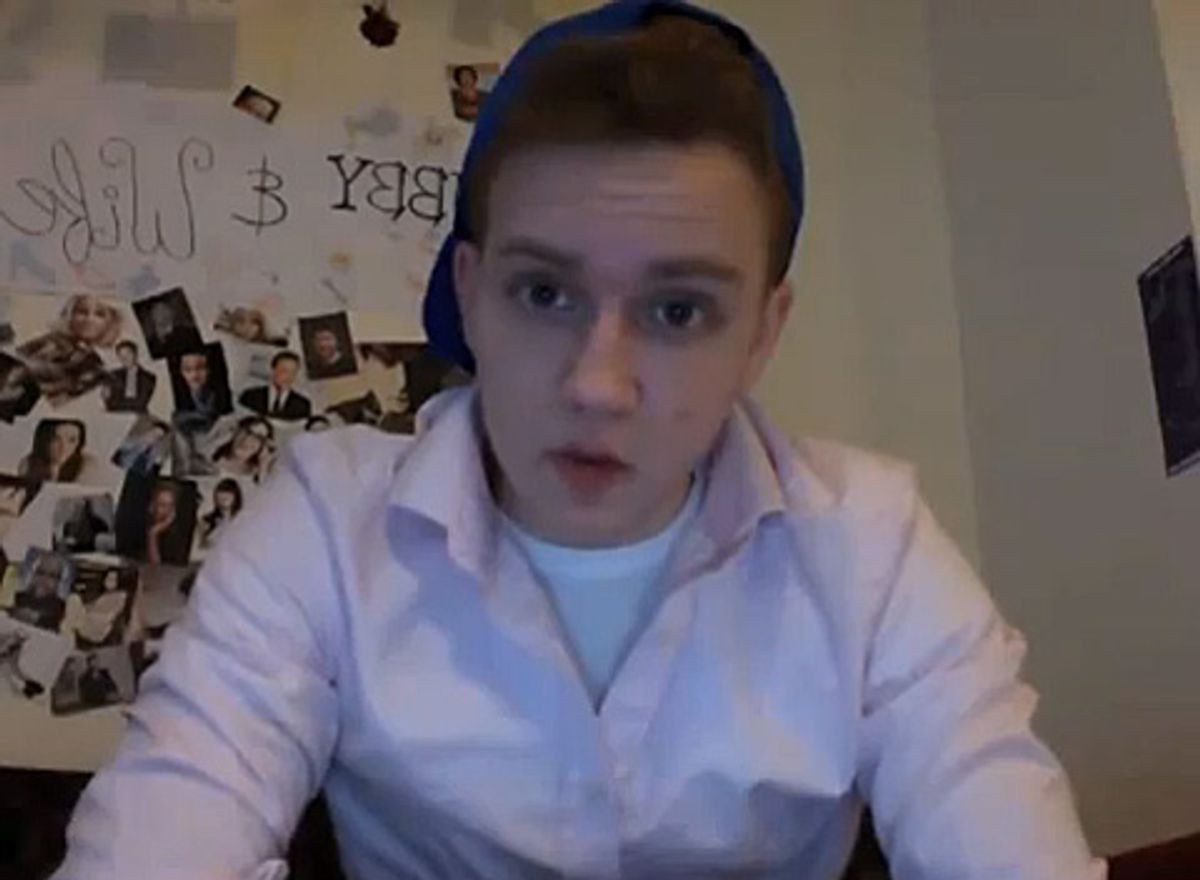 Brothers at the Emerson College chapter of Phi Alpha Tau, the nation’s oldest professional communicative arts fraternity, have started a campaign to help finance female-to-male top surgery for one of their transgender brothers.

Anyone who has watched "Animal House" (or even casually scanned Katie J.M. Baker's reporting on Greek life over at Jezebel) knows that "trans-inclusive" and "frat culture" aren't concepts generally uttered in the same sentence. And yet, here we are. Or rather, here they are, the brothers of Phi Alpha Tau, working to not only raise money for Visual & Media Arts sophomore Donnie Collins' top surgery, but building a personal, relatable campaign to raise awareness about transgender rights and the many health insurance-induced hurdles to accessing hormone therapy and surgery.

As reported by Out:

Collins now has a college health insurance policy through Emerson, a policy, like so many others, that is trans-exclusionary. It is common practice for insurance companies to deem female-to-male breast augmentation -- or top surgery -- as a cosmetic plastic surgery rather than a necessity. So Collins has been raising money for the procedure for months, but it seemed that one door after another would close in his face. His petition for a trans-inclusive policy was recently denied by the college's insurance plan, and his personal Chipin fund will cease when the crowd-funding site shuts down next month.

In a time when his options were running out, Collins' brothers in Phi Alpha Tau have rallied together to cover some of the surgery’s cost... The brothers' fund has already surpassed the $2,000 they initially hoped to donate, but now they’re looking to cover even more of the procedure’s $8,100 cost.

In one of the fundraising videos, one of Collins'  fraternity brothers explains that -- in addition to raising the money -- they also hope to paint a picture of transgender campus life:

"It's a very different sort of campaign we're trying to run here. We're looking to tell a story, more so than raise money. We'd much rather have 100 people donate $10 than 10 people donate $100... So please make noise around the world. Have conversations with your family and friends. Sit down and talk about issues like this, then give them an opportunity to donate if they can."

The campaign materials are smart and bursting with college dude energy. It is a completely unexpected, but welcome, way to explore the unique experiences and challenges of being trans and young while navigating a daunting and sometimes hostile health care -- and college community -- landscape.

Collins is understandably overwhelmed by his brother's support:

"I kind of don't know what to do with all the love in the room right now. I really don't," he said in his own video.

He's also eager to pay it all forward. Collins, inspired by his brother's generosity, has extended his hand to other trans youth who might need support as well.