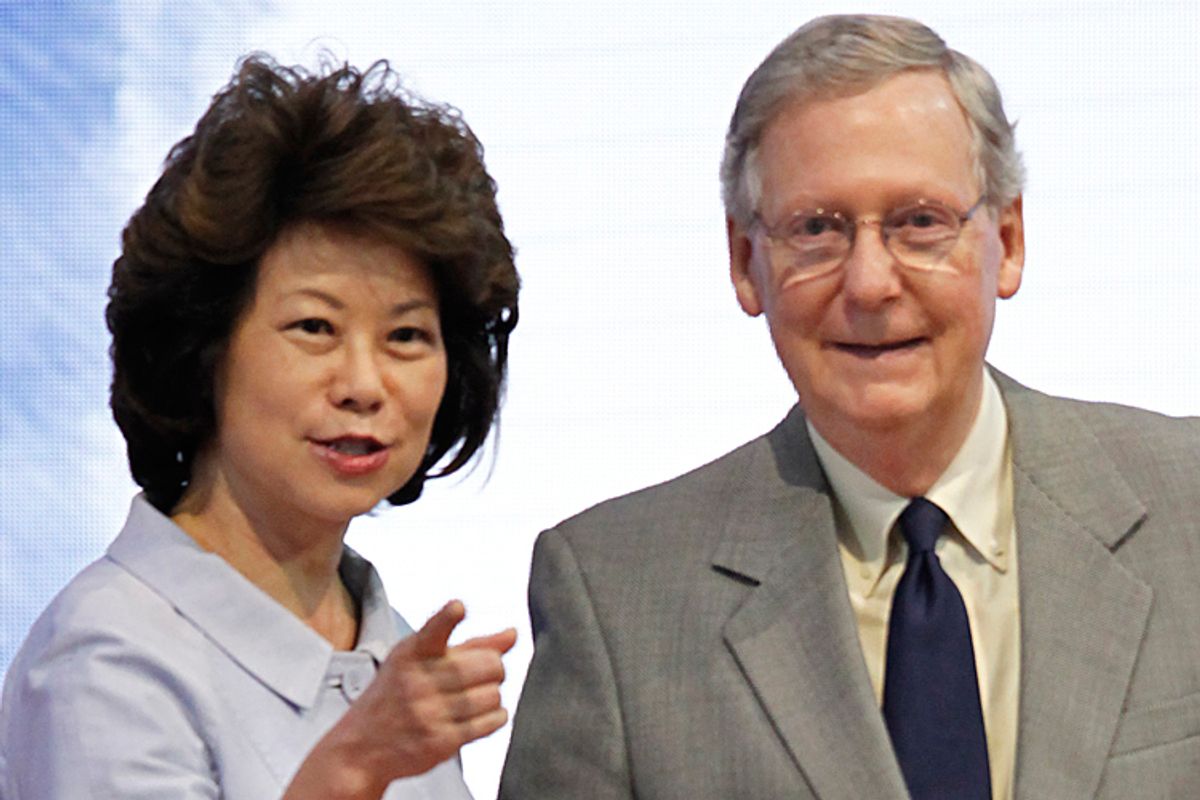 Progress Kentucky, a super PAC in the state that has made it its mission to take down Senate Minority Leader Mitch McConnell, has repeatedly attacked his wife for being Chinese, WFPL reports today.

McConnell is married to Bush Labor Secretary Elaine Chao, whom the liberal super PAC targeted in a series of tweets.

In one sent on Valentines Day, the group wrote, "This woman has the ear of (Sen. McConnell) — she's his wife. May explain why your job moved to China!" The Tweet links to a blog post on site run by conspiracy theorist and radio host Jeff Rense, who has promoted conspiracy theories about the Sandy Hook school shooting and Holocaust denialism. Another tweet noted that, "not many know McConnell's wife is Chinese."

Curtis Morrison, a spokesperson for the group, downplayed the messages, telling WFPL a volunteer had posted them. "It's not an official statement. It's a Tweet. And we will remove it if it's wrong... People make mistakes in Tweets. It happens," he said.

Whatever the intention, whatever the venue, whomever the person, attacks or comments on anyone's ethnicity are wrong & patently unacceptable