The music business gets off the gurney

The industry grows for the first time since Napster launched. Did it have to be this way? 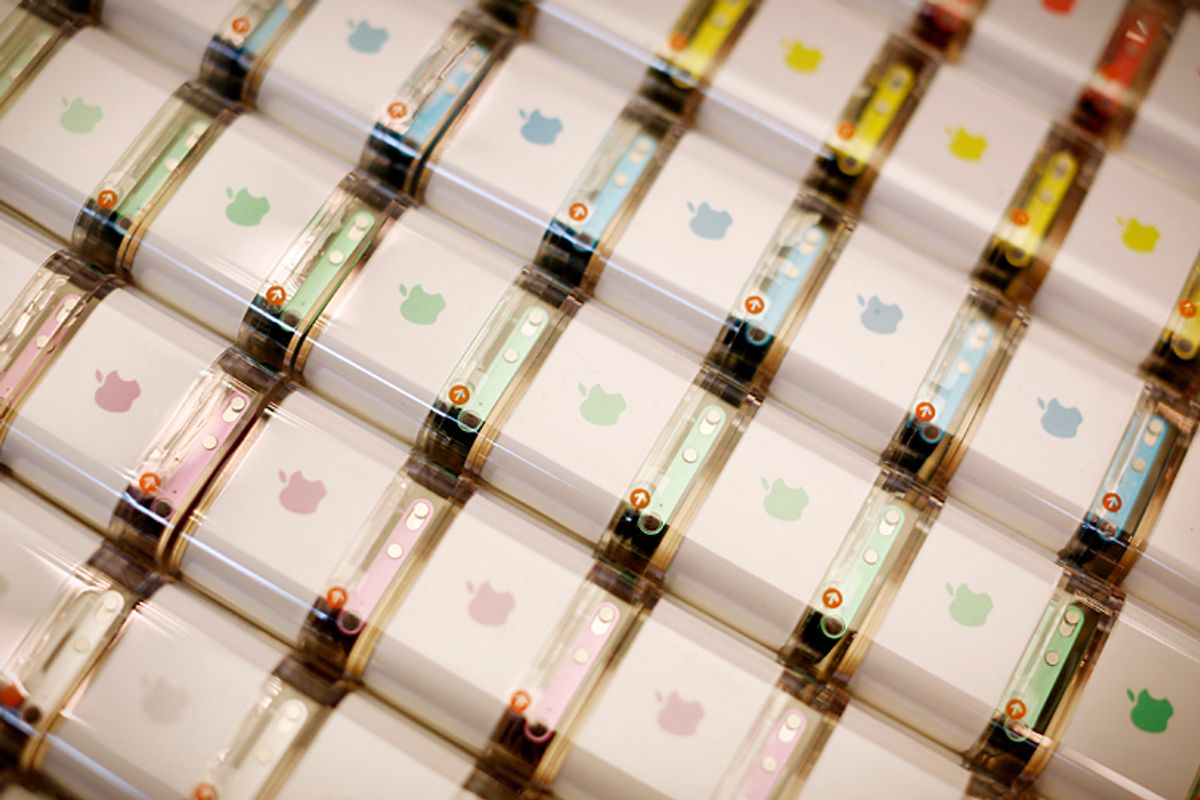 A table of the iPod nano is seen at the Apple Store. (Reuters/Stephen Lam)
--

Global music sales rose in 2012 for the first time since 1999, reports the International Federation of the Phonographic Industry.

The rise wasn't huge, just 0.3 percent, and the total sales figure of $16.5 billion did not come close to the music industry's peak year bonanza  of $38 billion, but growth is always better than relentless decline. People are giddy.

“It’s clear that 2012 saw the global recording industry moving onto the road to recovery,” said Frances Moore, chief executive of the federation, which is based in London. “There’s a palpable buzz in the air that I haven’t felt for a long time.”

At TheAtlantic.com, Derek Thompson provides four interesting reasons for why sales are up, including the intriguing possibility that successful government crackdowns on piracy have given new life to "legitimate" listening options. Or maybe the industry is just now finally figuring out new business models to use in a world of easily shared content.

Whatever the case, the industry seems to finally be having its come-to-digital-Jesus moment:

“At the beginning of the digital revolution it was common to say that digital was killing music,” said Edgar Berger, chief executive of the international arm of Sony Music Entertainment. “The reality is that digital is saving music.”

When was the beginning of that digital revolution? For music, the year  was clearly 1999, when Napster exploded on the scene and music sales started to drop. The two things were obviously connected.

But what would have happened if the music industry had reacted to Napster's emergence by co-opting it, instead of attempting to sue it out of existence? Napster was certainly more than open to getting in bed with the music industry. If Sony et al. had recognized where their true interests lay, they could have owned the distribution platform for digital music and prevented interlopers like Apple from ever jumping into the music business. Who knows where sales might be today if the recording studios had started looking forward as soon as the writing was on the wall?