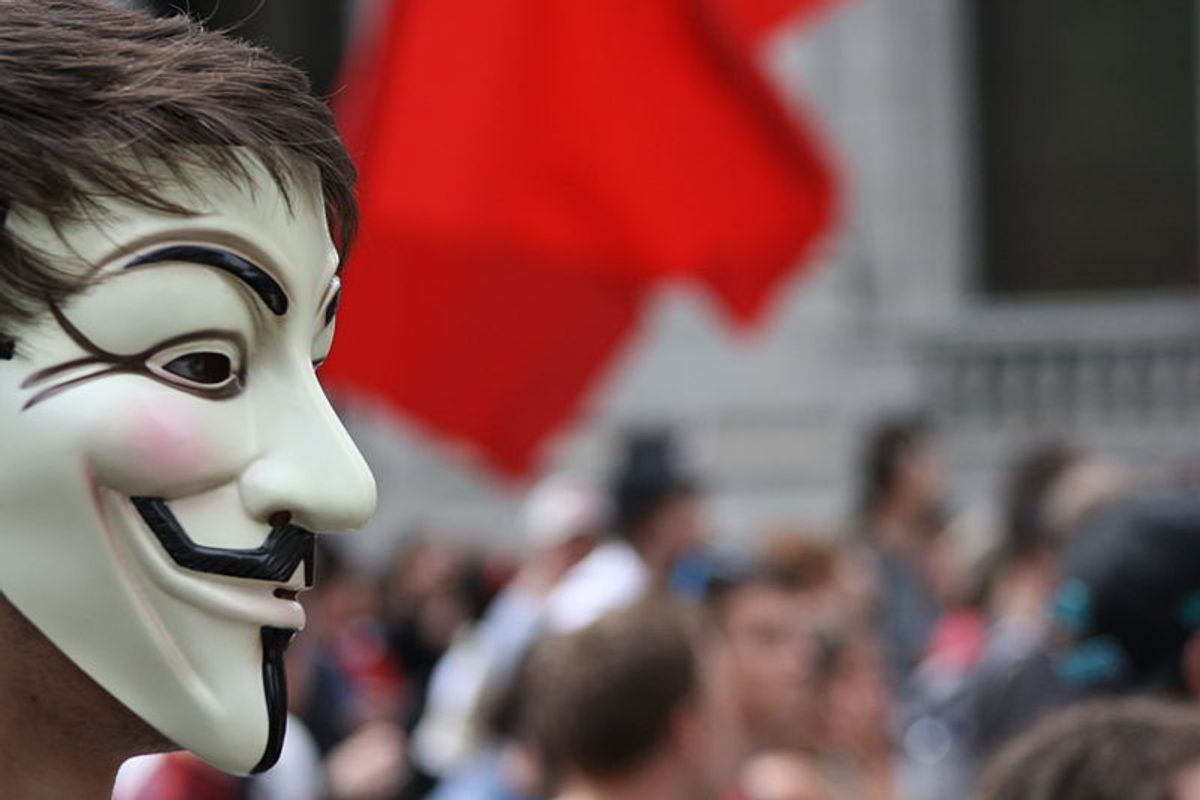 Guy Fawkes mask owners, beware: the "V for Vendetta" style masks favored by protesters the world over have been banned from import into Bahrain, and offenders could face prison time.

Hassan Fakhro, the Kingdom of Bahrain’s Industry and Commerce Minister, announced that the plastic face masks from the 2005 movie were now illegal, in an effort to prevent protesters from wearing them to remain unidentifiable, wrote the Independent.

According to RT.com, Fahro claimed in the Bahrain Official Gazette that the move was made "in the public interest."

The mustachioed and pale white masks are used across the world, and have found particular favor among Middle Eastern anti-government protesters, perhaps explaining Fakhro's eagerness to ban the iconic images.

In the United Arab Emirates, the masks were banned back in November, wrote the Gulf News, as they are thought to "instigate unrest." Some retailers were selling the masks emblazoned with the colors of the UAE.

The masks are widely sold in the USA and in other regions, and retail for $6.99 at US outlet Party City.