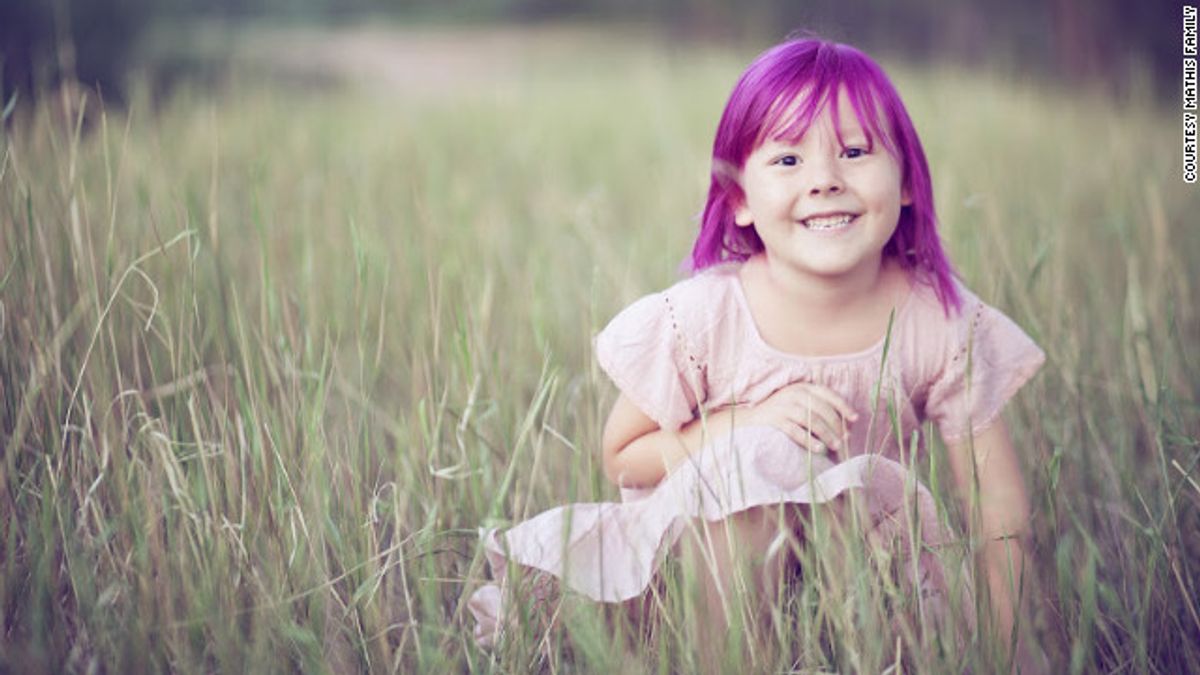 First-grader Coy Mathis has been banned from using the girls' bathroom at her Fountain, Colorado elementary school because she is transgender. Mathis had been using the girls' facilities until December 2012, when school administrators informed her parents that she would now have to use the boys’ bathroom, a staff bathroom or the nurse’s bathroom instead.

Mathis' passport and state-issued identification recognize her as female. According to her parents, their daughter has been expressing her gender identity as female since she was 18 months old, and living openly as a girl since age four.

But the school doesn't see her that way. W. Kelly Dude, an attorney for the Fountain-Fort Carson School District, said the school's decision "took into account not only Coy but other students in the building, their parents, and the future impact a boy with male genitals using a girls' bathroom would have as Coy grew older." Adding, "However, I'm certain you can appreciate that as Coy grows older and his male genitals develop along with the rest of his body, at least some parents and students are likely to become uncomfortable with his continued use of the girls' restroom."

The letter goes on to allege that Mathis' presence in the women's bathroom would be "psychologically damaging" later in life, and so the school chose to address the matter now.

The Mathis family has filed a complaint with the Colorado Civil Rights Division, the first claim to test the state's Anti-Discrimination Act, which includes protections based on gender identity. And, contrary to the school's belief that letting Mathis use the girls' bathroom would be "damaging" to other students, Michael Silverman, a lawyer for the family, says that the school has a unique opportunity to "turn this around and teach Coy's classmates a valuable lesson about friendship, respect and basic fairness."

Unlike other Colorado school districts, like Boulder Valley Schools, Mathis' school district does not have a policy in place to guarantee students can access a bathroom that corresponds to their gender identity.

Mathis' parents are homeschooling her until the case is resolved.