"Parade's End": So admirable, yet so unlovable 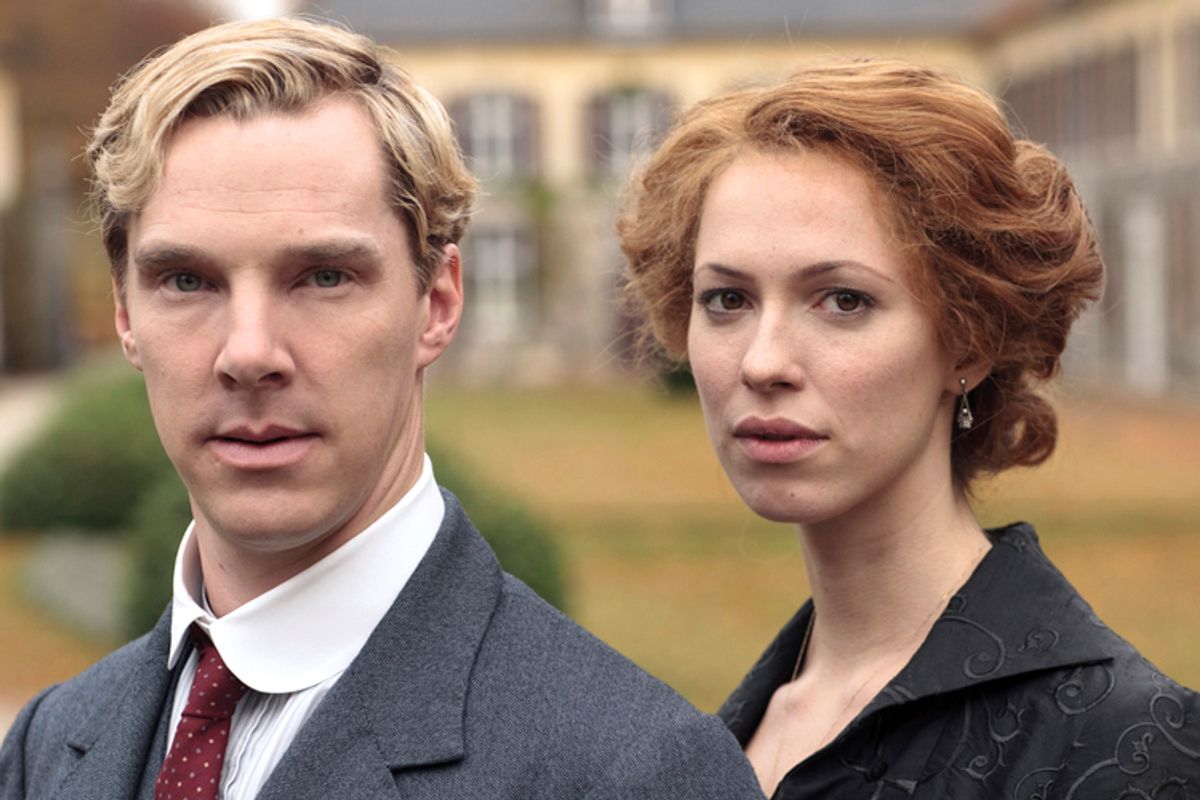 The HBO-by-way-of-the-BBC, five-hour miniseries “Parade’s End” began last night and continues through Thursday. Based on the four-book series by Ford Madox Ford — though, the fourth is largely ignored here — and adapted by Tom Stoppard, “Parade’s End” is a period drama set before and during WWI that is much more demanding than most period pieces (or than "Downton Abbey" anyway). It jumps around in time, into and out of dense conversations, between people with complex psychologies. Should your attention waver, you will likely be at a loss; though, should your attention never falter, you may be at a loss too. Like it’s protagonist, “Parade’s End” is more admirable than lovable.

Yet by assiduously, disinterestedly doing what is appropriate, Tietjens allows himself to be undermined at every turn. While his wife flirts and cheats, false rumors spread that it is Tietjens who has a love child with a young suffragette, Valentine Wannop (Adelaide Clemens, who looks uncannily like Carey Mulligan), with whom he is entirely, and entirely chastely, in love. Though he is one of the few aristocrats to serve on the front lines in the war, he is disgraced and hated in London and viewed as nearly unpatriotic.

Tietjens does not lift a hand to protect himself from this slander — a gentleman accepts his lot, uncomplainingly, he does not strive — which damages both his inheritance, his family and his career. He is a good man, who will do nothing to prove his goodness. Tietjens is not so dissimilar from the main characters in Graham Greene’s “The End of the Affair” and Evelyn Waugh’s “Brideshead Revisited,” but the faith that frames and guides and limits those protagonists' choices is Catholicism; Tietjens is chivalrous, but he is no less devout.

Tietjens' goodness is so pervasive and so passive, one feels brief flashes of sympathy for his sadistic, passionate wife, who at least knows how to energetically dominate a scene. Sylvia’s a pathological beast, too smart, too bored, too modern to be content. She is, as you might have guessed, the most fun part of the miniseries. She tortures Tietjens endlessly for a reaction, a fight, some fire, and runs off and flirts with other men to achieve it. That he won’t react, won’t lose his temper, won’t shame her, or have sex with her drives her mad — but also makes her respect him. Compared to all other men, Tietjens is the only one who is worthy. Because of this, and her Catholicism, she won’t divorce him either. She loves him, but wounds him over and over in the hopes he will show he loves her too, loves her more than his code. He never does. (Though, if he did, he would just be like every other man, and she would likely lose interest.) “I often want to kill him, just to see if there’s any blood in him,” she explains to a lover, but being with him is “the difference between being with a grown man and trying to be with a schoolboy.”

As Sylvia’s sex life may suggest — there are two sex scenes in the first five minutes of the miniseries, though that’s it almost until the very end— “Parade’s End” does not exist in the desexed, all-is-proper, false-nostalgia world of many costume dramas. (It’s always been funny to me that “Anna Karenina,” a novel from the 1870s, is so much more matter-of-fact about scandalous sex happening than nearly every modern-made period piece: the prudes are us.) On “Downton Abbey,” which covers a very similar era to “Parade’s End,” just saying the word "prostitute" makes faces red: In “Parade’s End” there is adultery and rutting, a mentally ill priest who says wildly dirty things at lunch parties, and douchebags — the object, not the personality type.

Having just thrown up my hands at “Downton” and all its manipulations and stupidity, “Parade’s End” would seem to be a welcome antidote: a complicated, intellectual, yet gossipy period piece. But watching “Parade’s End” is — presumably as intended — a very near experience to reading “Parade’s End” — there are beautiful moments, images, and lines, but there is an overwhelmingly opaque, foggy quality, a sense of having to peer in very attentively to comprehend what is going on. That can be an enjoyable feeling in a book: you put it down, you pick it up, newly clear-eyed and focused each time. But in enforced hour-long sittings, "Parade's End" washes over you, unexamined, too much. There is a beautiful scene in the first episode when Tietjens and Valentine get lost in a heavy fog, and her face suddenly emerges beneath his — in an instant, he sees her clear. If nearly anything else in "Parade's End" were so crystalline, it would be much more pleasurable.