The company got great PR when its Chinese supplier unveiled a new worker policy. The full story's more complicated 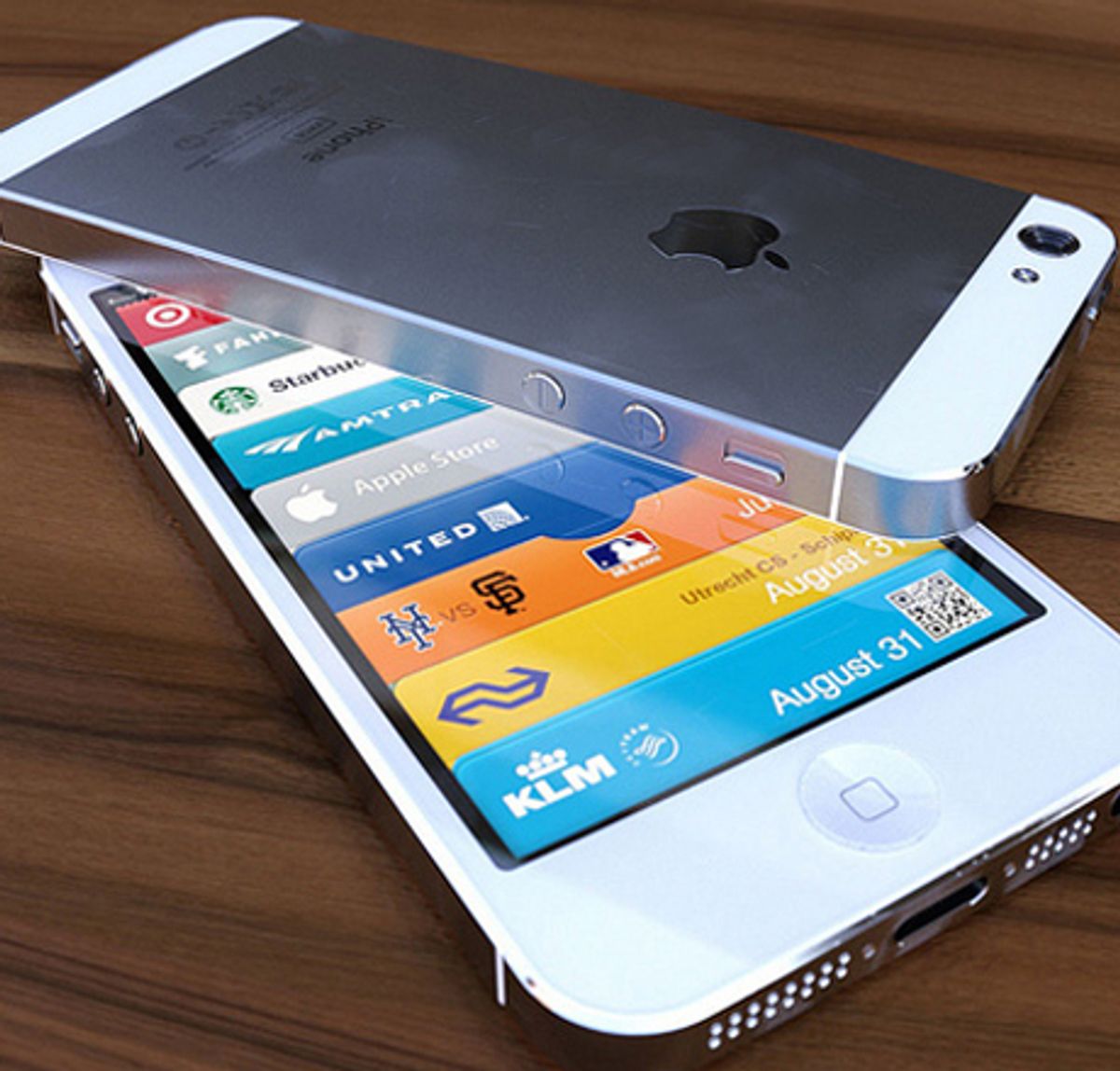 When the Chinese factory giant Foxconn – famous for mass suicides and military-style management – announced recently that it would begin allowing workers to elect their own local union leaders, it brought a wave of positive press for its Western customers like Apple. But will it make any difference for Foxconn employees, the workers who make wildly popular products such as iPhones?

“The precedent we have for these democratic union elections is not very encouraging,” said Eli Friedman, a professor of international and comparative labor at Cornell. Even if “they’re run reasonably well, and you get some kind of activist” elected as a local union leader, “the problem is when they actually try to do anything for their members, they – as in many places – will face retaliation from management.” Worse, “oftentimes higher levels of the trade union, or the government, will collaborate with management to either make this person’s life incredibly difficult, or just force them from office.”

The announcement by China’s largest private employer came as Chinese companies face a multi-year wave of unauthorized strikes. Like hundreds of millions of Chinese workers, Foxconn employees are officially members of the All China Federation of Trade Unions, the official national union federation. Friedman notes that the union is “constitutionally subordinate” to the ruling Communist Party, and “the goals of the Communist Party for the last three decades have been to grow the economy through pretty bare-knuckle free market policies.” As a result, said Friedman, “the interests of the party are essentially aligned with the interests of the employers,” and thus so are the union’s. In some cases, company management officials are literally selected as union representatives for their firm.

“To the extent that there’s been meaningful collective action by workers in China – and there has been – it’s been illegal,” rather than organized through the ACFTU, said Scott Nova, who directs the international labor monitoring group Worker Rights Consortium. Nova told Salon he was “underwhelmed” by Foxconn’s announcement on union elections, noting that the company is “not talking about encouraging workers to organize illegal unions and have illegal strikes.” Given the “substantial personal risk” facing outspoken workers, said Nova, “there’s every reason to assume, even if these elections are held, that the people who are elected will not be able to do the things for which unions exist.”

Reached over email, Hong Kong Polytechnic University professor Pun Ngai told Salon that the 30-some Foxconn workers she talked to in Shenzhen on Monday “do not believe Foxconn are going to run [a] genuine election.”

Among the questions that advocates say remain outstanding about the upcoming (as yet unscheduled) elections: How transparent will the elections be? Will potential candidates still have to be approved by higher-up union officials? Will these enterprise-level officials be able to participate in collective bargaining with Foxconn? And if workers elect leaders who want to aggressively take on management, will they have any meaningful protection against retaliation by the company or the government – or by the union?

In an e-mailed statement, Foxconn Technology Group said, "Our employees are our greatest asset and we are fully committed to ensuring that they have a positive and satisfactory working environment, which includes greater involvement in the Foxconn Labor Union and a more effective representation of their interests in the union. Our hope is that our efforts in implementing these reforms will not only benefit Foxconn, but also help to lift the standards and practices for our industry in China."

Apple and ACFTU did not respond to requests for comment.

The election change follows an audit by the Fair Labor Association, a labor monitoring group sent by Apple to inspect Foxconn factories last year. As I’ve reported, the FLA has come under frequent criticism by labor advocates for lacking independence from the companies it monitors; just as scandal-afflicted celebrities often choose Larry King as their interviewer, the FLA is often the monitor of choice for companies accused of profiting from sweatshop labor.

The Foxconn vote will take place at what could be a pivotal moment for labor in China. China’s federal government passed a major pro-labor law in 2007, and has since encouraged minimum wage increases by municipalities. The laws were blasted by U.S. business groups, which warned that they would hurt investment in China. Friedman credits the laws to the desire of some in the Chinese government to dampen worker protests while transitioning to a higher-wage economy with greater domestic consumer demand.

But the laws haven’t calmed China’s strikes. Instead, the five years since the new labor law went into effect have been marked by an upsurge in strikes: tens of thousands of walkouts per year, without legal protection, by workers acting independently of the ACFTU. What gives?

“If you don’t have a mechanism for enforcing those laws, it’s not really that meaningful,” said Friedman. “And we still see rampant lawlessness in workplaces.” While the laws have improved on paper, he adds, enforcement depends on local officials. And “those are precisely the government officials that are least likely to want to support that kind of movement” toward a higher-wage economy, because they often have the most invested in the status quo. Meanwhile, the ACFTU remains basically irrelevant for many workers, who don’t see it as a vehicle for extracting any improvements from management; Friedman said that in his interviews, most workers were either unaware of the union’s existence, or associated it with the birthday parties it throws for employees. And so the wildcat strikes – and riots and slowdowns -- continue.

The Hong Kong-based group Students & Scholars Against Corporate Misbehavior is out to use this week’s annual Apple shareholder meeting to heighten the pressure for bigger changes at Foxconn. On Tuesday, protesters chanted “No more iSlave” outside a Hong Kong Apple store; an activist simulated spitting blood and passing out. The demonstration followed SACOM’s Sunday release of a video testimonial from a woman who worked in a Shenzhen Foxconn factory from 2007 to 2012, making products including the iPhone 4S. Speaking in Chinese under a pseudonym, the ex-worker says that “the safety measures at the factory were very bad.”

When workers’ shoes were “eroded by chemical solvents” they worked with, she said, “the supervisor often blamed us for not wearing the safety shoes properly.” When she asked for improved safety masks, “he retorted, ‘Why are you making so many things your business?’” She also alleged that management “ordered us not to report any industrial injuries, no matter what.” When a worker was injured on the job, “The supervisor would even ask the victim to read out the confession statement,” telling co-workers, “I apologize for any consequences brought to our department because of my negligence.”

What would really transform labor conditions at Foxconn? WRC’s Nova points to the role of Western brands like Apple: If they really wanted to, he says, they could force suppliers to dramatically improve working conditions and truly respect freedom of association. “They didn’t create the labor rights status quo in China,” said Nova, “but they certainly have exploited it … Every time that Apple buys an iPhone from Foxconn … they’re getting a bonus. It’s the labor rights abuse bonus.”

Friedman says the most promising trend is those widespread strikes. Right now, he says, Chinese companies are facing frequent – if limited – disruptions, and sometimes granting dramatic wage increases in response. Friedman said that after “a very long period, where you’re going to see a lot of worker unrest,” Chinese elites could decide that institutionalizing independent unions and collective bargaining is a better alternative than contending with further industrial and political unrest. That’s arguably what happened eight decades ago in the United States.

Friedman said there’s ample cause for pessimism about labor in China, given the “rampant free market capitalism” and the “totally lawless environment.” Even so, says Friedman, “there is cause for optimism: When you compare it to anywhere else in the wealthy world, Chinese workers go on strike and they win … The central question is: Can these particular victories … be translated into more of a political force?”