Did Entertainment Weekly spoil the ending of "Oz the Great and Powerful"? 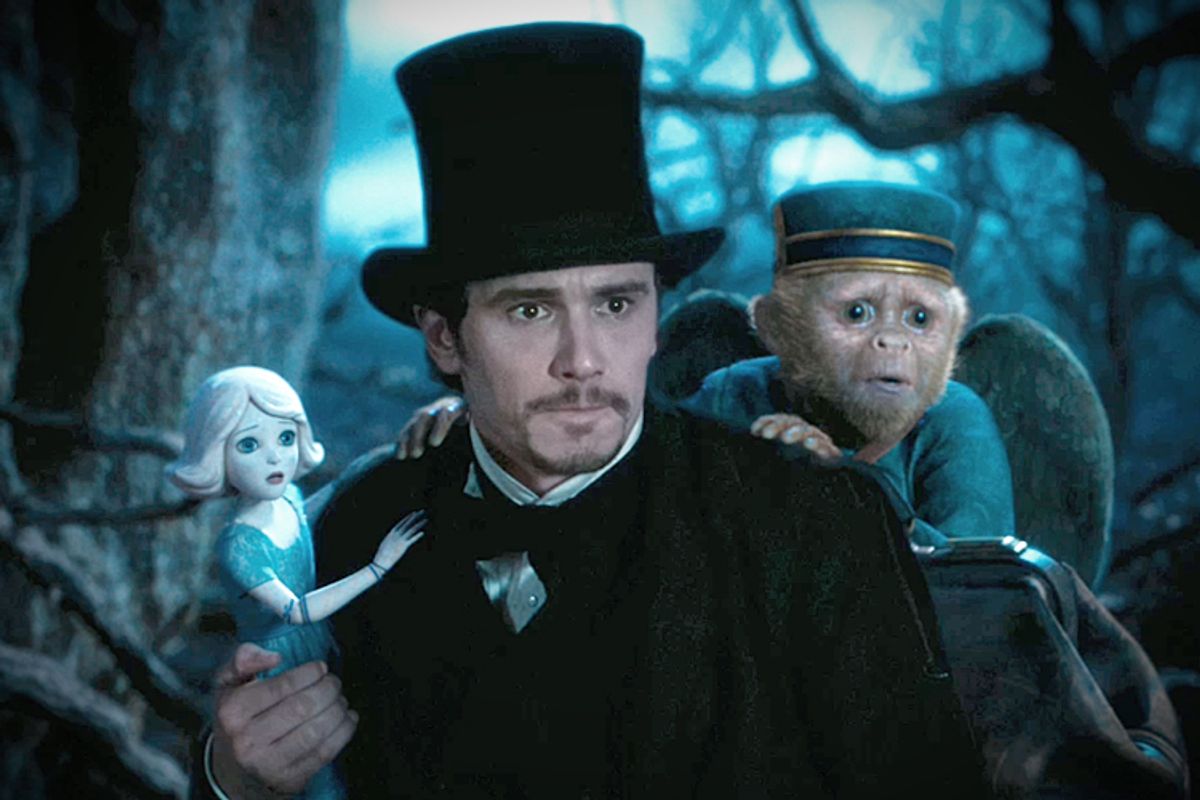 The upcoming "Wizard of Oz" prequel film "Oz the Great and Powerful" features three new characters, all witches -- played by Mila Kunis, Rachel Weisz, and Mila Kunis -- all of whom, based on the trailer, seem to play for the side of good.

Entertainment Weekly, though, may have spoiled the suspense as to which of them grows up to be the Wicked Witch of the West, with a cover featuring the recognizable face of one of the three under garish green makeup. (Click at your peril -- or if you don't care about the plot twists of "Oz.")

A look at the film's IMDB page, though, reveals that "Oz the Great and Powerful" isn't being overly protective with its plot secrets: one actress is listed as playing a dual role, both a good witch and "Wicked Witch of the West," while another ends up playing Glinda the good witch.

In early February, an Entertainment Weekly headline gave away the identity of a key character in the upcoming "Star Trek" film -- a character whose identity is believed to be an important revelation in the film.