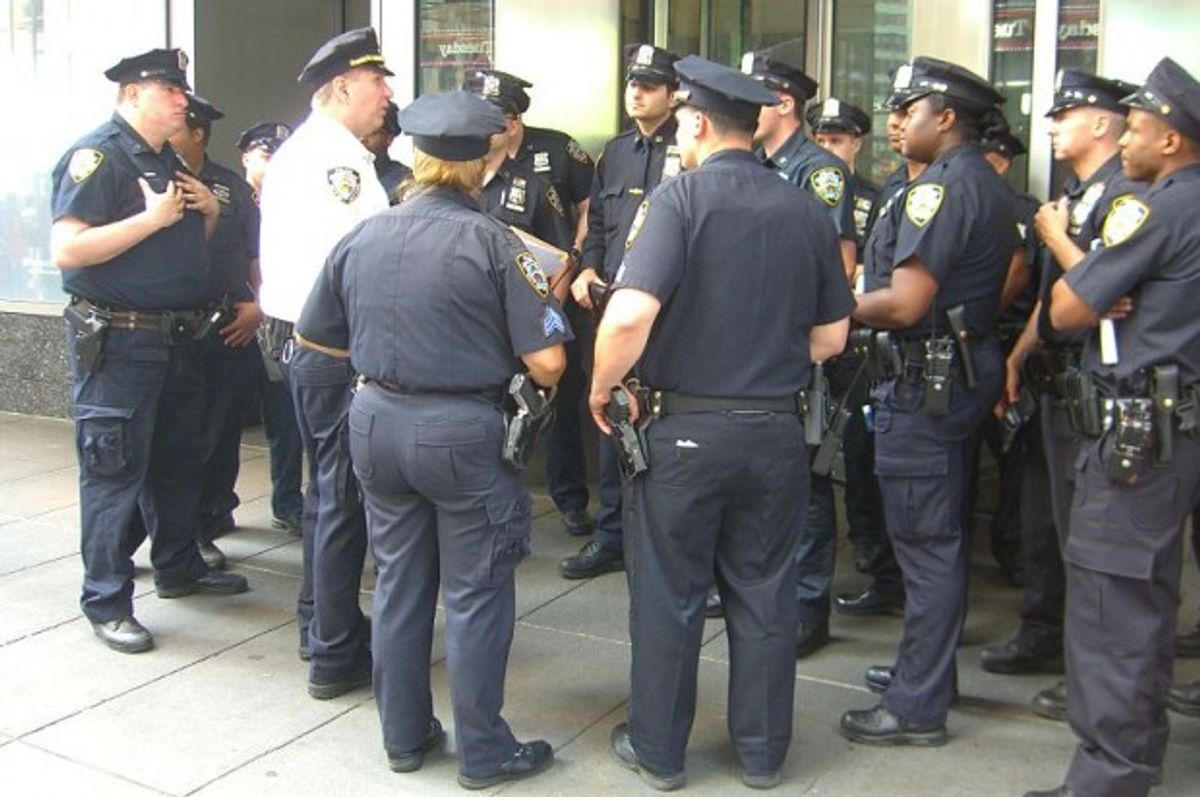 A new poll from Quinnipiac University found that the majority of New Yorkers oppose the NYPD's controversial stop-and-frisk policy. 55 to 39 percent of voters said they disapprove of the tactic and 44 to 22 percent that they are less likely rather than more likely to vote for a mayoral candidate who supports continuing stop-and-frisk.

New York City voters approve 66 - 26 percent of the job Police Commissioner Ray Kelly is doing and approve 61 - 31 percent of the job police are doing in general... voters say 32 - 21 percent that they are more likely rather than less likely to vote for a candidate who supports keeping Kelly as police commissioner.

The NYPD has come under increasing pressure from civil liberties and community groups over stop-and-frisk and the disproportionate targeting of young black and Latino men. Three ongoing lawsuits have been brought by civil rights groups this year challenging the constitutionality of the practice -- legal efforts that Commissioner Kelly has vehemently opposed.