Bob Woodward says a W.H. aide threatened him after his comments on the sequester. The emails suggest something else 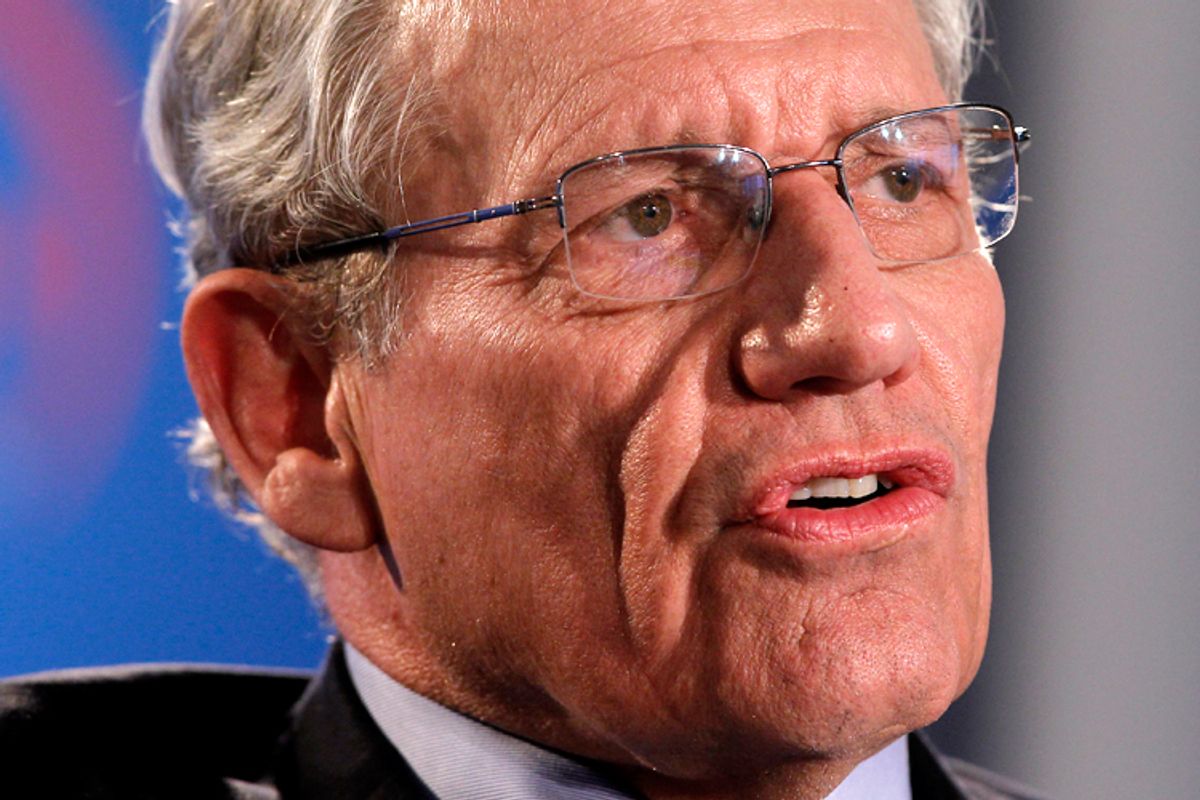 A series of newly leaked emails between veteran reporter Bob Woodward and White House aide Gene Sperling cast into question Woodward's claim that the White House threatened him over his comments on the sequester.

Last week, Woodward wrote an Op-Ed in the Washington Post blaming the president for the sequester, arguing that it's "madness" for Obama to allow the cuts to go into effect, and saying that the original sequester deal required that it only be replaced with spending cuts.

The White House disputed this characterization, with Jay Carney responding that it was never mandated that the sequester be replaced with only spending cuts, and "To suggest otherwise is willfully wrong."

In another appearance on Wednesday, Woodward told CNN that a White House aide threatened him via email over the comments, suggesting Woodward would "regret" his claims about the sequester. The aide was later confirmed to be Gene Sperling, an economic adviser to Obama. On Thursday, Politico obtained and published the emails in question.

But I do truly believe you should rethink your comment about saying saying that Potus asking for revenues is moving the goal post. I know you may not believe this, but as a friend, I think you will regret staking out that claim. The idea that the sequester was to force both sides to go back to try at a big or grand barain with a mix of entitlements and revenues (even if there were serious disagreements on composition) was part of the DNA of the thing from the start. It was an accepted part of the understanding — from the start. Really.

Gene: You do not ever have to apologize to me. You get wound up because you are making your points and you believe them. This is all part of a serious discussion. I for one welcome a little heat; there should more given the importance. I also welcome your personal advice. I am listening. I know you lived all this. My partial advantage is that I talked extensively with all involved. I am traveling and will try to reach you after 3 pm today. Best, Bob

The full emails can be read here.