Bonnie Franklin, "One Day At a Time" star, dies

Franklin died Friday at her home due to complications from pancreatic cancer, family members said in a statement 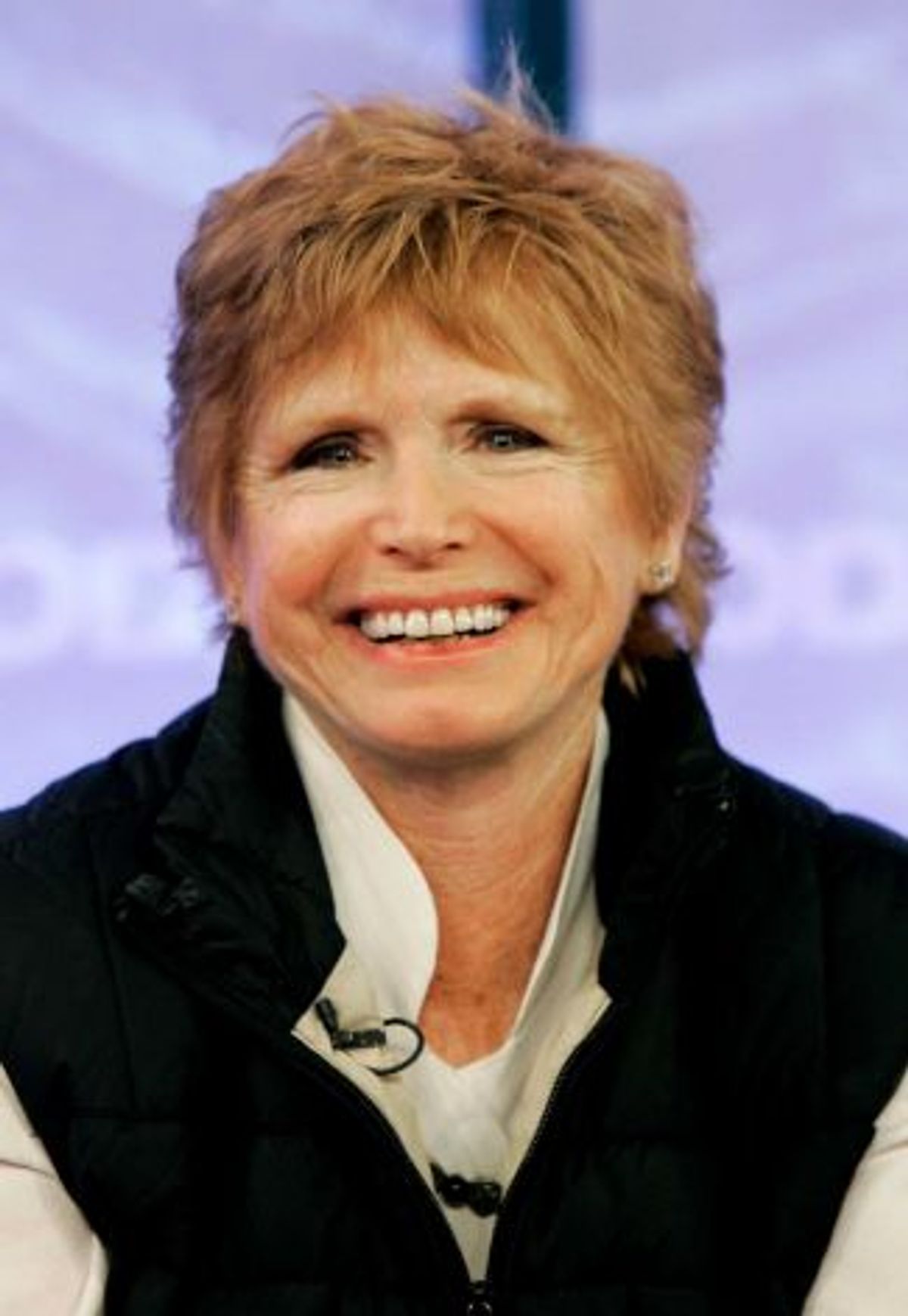 NEW YORK (AP) — Bonnie Franklin, the pert, redheaded actress whom millions came to identify with for her role as divorced mom Ann Romano on the long-running sitcom "One Day at a Time," has died.

She died Friday at her home due to complications from pancreatic cancer, family members said in a statement. She was 69. Her family had announced she was diagnosed with cancer in September.

Franklin was a veteran stage and television performer before "One Day At a Time" made her a star.

Developed by Norman Lear and co-created by Whitney Blake — herself a former sitcom star and single mother raising future actress Meredith Baxter — the series was groundbreaking for its focus on a young divorced mother seeking independence from a suffocating marriage.

It premiered on CBS in December 1975, just five years after the network had balked at having Mary Tyler Moore play a divorcee on her own comedy series, insisting that newly single Mary Richards be portrayed as having ended her engagement instead.

On her own in Indianapolis, Ann Romano was raising two teenage girls (played by Mackenzie Phillips, already famous for the film "American Graffiti," and a previously unknown Valerie Bertinelli). "One Day At a Time" ran on CBS until 1984, by which time both daughters had grown and married, while Romano had remarried and become a grandmother. During the first seven of its nine seasons on the air, the show was a Top 20 hit.

Like other Lear productions such as "All in the Family" and "Good Times," ''One Day at a Time" dealt with contemporary issues once absent from TV comedies such as premarital sex, birth control, suicide and sexual harassment — issues that had previously been overlooked by TV comedies whose households were usually headed by a husband and wife or, rarely, a widowed parent.

Meanwhile, the series weathered its own crises as Phillips was twice written out of the series to deal with her drug abuse and other personal problems.

Writing in her 2009 memoir "High On Arrival," Phillips remembered Franklin as hardworking and professional, even a perfectionist.

"Bonnie felt a responsibility to the character and always gave a million notes on the scripts," Phillips wrote. "Above all, she didn't want it to be sitcom fluff — she wanted it to deal honestly with the struggles and truths of raising two teenagers as a single mother."

In her 2008 memoir "Losing It," Bertinelli noted that Franklin, just 31 when the show began, wasn't old enough to be her real mother.

Even so, wrote Bertinelli, "within a few days I recognized her immense talent and felt privileged to work with her. ... She was like a hip, younger complement to my real mom."

The truth of "One Day at a Time" was brought home to Franklin when in 2005 she got together with both TV daughters for a "One Day at a Time" reunion special. She told both actresses, "You are living, in a sense, Ann Romano's life — you are single parents raising teenage kids. That is shocking and terrifying to me."

Franklin herself was married for 29 years. Her husband, TV producer Marvin Minoff, died in 2009.

Born Bonnie Gail Franklin in Santa Monica, Calif., she entered show business at an early age. She was a child tap dancer and actress, and a protege of Donald O'Connor, with whom she performed in the 1950s on NBC's "Colgate Comedy Hour."

A decade later, she was appearing on such episodic programs as "Mr. Novak," ''Gidget" and "The Man from U.N.C.L.E."

On stage, Franklin was in the original Broadway production of "Applause," for which she received a 1970 Tony Award nomination, and other plays including "Dames at Sea" and "A Thousand Clowns."

Franklin's recent credits include appearances on "The Young and the Restless" and the TV Land comedy "Hot in Cleveland," which again reunited her with Bertinelli, one of that show's regulars.

A private memorial will be held next week, her family said.