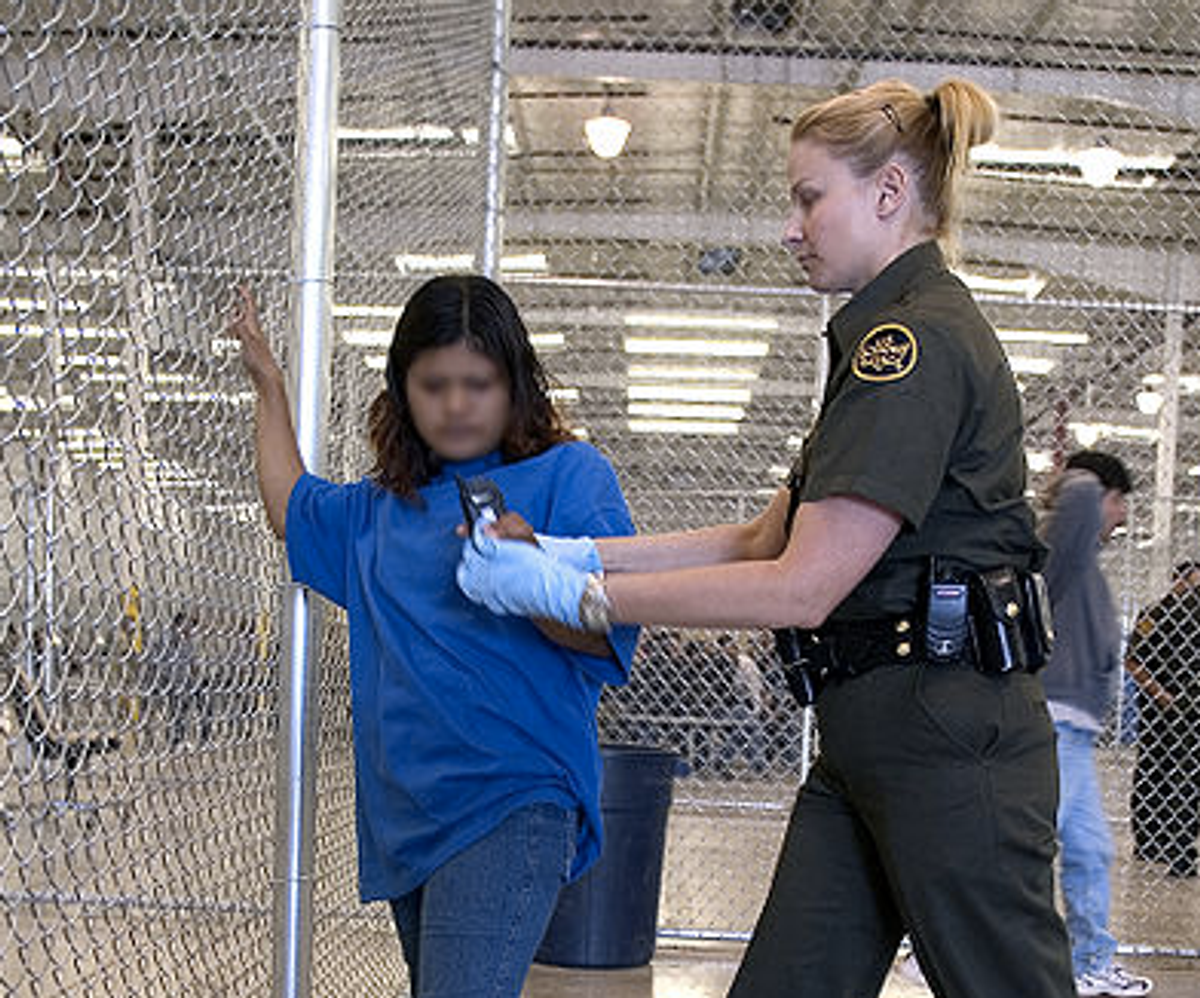 WASHINGTON (AP) -- The Homeland Security Department released from its jails more than 2,000 illegal immigrants facing deportation in recent weeks due to looming budget cuts and planned to release 3,000 more during March, the Associated Press has learned.

The newly disclosed figures, cited in internal budget documents reviewed by the AP, are significantly higher than the "few hundred" illegal immigrants the Obama administration acknowledged this week had been released under the budget-savings process.

The government documents show that Immigrations and Customs Enforcement released roughly 1,000 illegal immigrants from its jails around the U.S. each week since at least Feb. 15. The agency's field offices have reported more than 2,000 immigrants released before intense criticism this week led to a temporary shutdown of the plan, according to the documents.

The states where immigrants were released include Arizona, California, Georgia and Texas.

The White House has said it was not consulted about the releases, and Homeland Security Secretary Janet Napolitano has acknowledged they occurred in a manner she regrets. White House spokesman Jay Carney on Wednesday said the government had released "a few hundred" of the roughly 30,000 illegal immigrants held in federal detention pending deportation proceedings. Carney said the immigrants released were "low-risk, noncriminal detainees," and the decision was made by career ICE officials.

As of last week, the agency held an average daily population of 30,733 in its jails. The internal budget documents reviewed by the AP show the Obama administration had intended to reduce those figures to 25,748 by March 31.

The White House did not comment immediately Friday on the higher number of immigrants released.

ICE spokesman Brian Hale said Friday the numbers of immigration detainees fluctuate daily, but he reiterated only several hundred illegal immigrants had been released. "Beyond that normal movement, and as fiscal uncertainty remains over the continuing resolution and possible sequestration, ICE reviewed its detained population to ensure detention levels stay within ICE's current budget and placed several hundred individuals on methods of supervision less costly than detention," Hale said in a statement. "At this point, we don't anticipate additional releases, but that could change."

The immigrants who were released still eventually face deportation and are required to appear for upcoming court hearings. But they are no longer confined in immigration jails, where advocacy experts say they cost about $164 per day per person. Immigrants who are granted supervised release -- with conditions that can include mandatory check-ins, home visits and GPS devices -- cost the government from 30 cents to $14 a day, according to the National Immigration Forum, a group that advocates on behalf of immigrants.

The release of thousands from immigration jails is consistent with Napolitano's early warnings on Monday -- hours before anyone knew publicly that any illegal immigrants had been released -- that the pending, automatic budget cuts known as the sequester would limit the government's ability to maintain enough detention center beds for at least 34,000 immigrants.

"We're doing our very best to minimize the impacts of sequester, but there's only so much I can do," Napolitano said Monday. "You know, I'm supposed to have 34,000 detention beds for immigration. How do I pay for those?"

Late Thursday, after intense criticism over what the administration acknowledged was the release this week of several hundred immigrants, Napolitano told ABC News that she had been surprised to learn about the action.

"Detainee populations and how that is managed back and forth is really handled by career officials in the field," Napolitano told ABC. "Do I wish that this all hadn't been done all of a sudden and so that people weren't surprised by it? Of course."

The announcement that a few hundred illegal immigrants were being released was among the most significant and direct implications described so far by the automatic budget cuts. Republicans in Congress quickly criticized the decision and pressed the Homeland Security Department for details, including the number of illegal immigrants released and the nature of any criminal charges they were facing as part of the deportation process.

"Simply blaming budget reductions as a means to turn a blind eye toward the national security of the American people is a dangerous plan, and one that calls into question the department's preparations for sequestration," wrote two Republican lawmakers, Sen. Charles Grassley of Iowa and Rep. Bob Goodlatte of Virginia, chairman of the House Judiciary Committee.

The senior Homeland Security Department official in charge of arresting and deporting illegal immigrants announced his retirement to his staff on Tuesday, the same day the administration first openly confirmed the release of what it called several hundred immigrants. The executive associate director over ICE enforcement and removal operations, Gary Mead, told his staff he was leaving his job with mixed emotions. A career law enforcement officer, Mead will leave at the end of April.

After AP reported on Mead's retirement, ICE spokeswoman Gillian Christensen said his decision was not related to criticism over the jail releases and said Mead had notified the agency's senior leaders "several weeks ago" that he intended to leave. She also called AP's reporting about Mead's departure "inaccurate and misleading." On Thursday, ICE corrected her statement to say that Mead has notified his bosses "more than a week ago," not several weeks ago.

The later government statement also criticized AP's reporting as "ill-informed, inaccurate information" and complained that AP had failed to contact the agency before publishing what it called a "misguided headline," although the AP had noted its unsuccessful efforts to contact Mead directly by telephone and email.