Do Republicans comprehend what sequestration is? 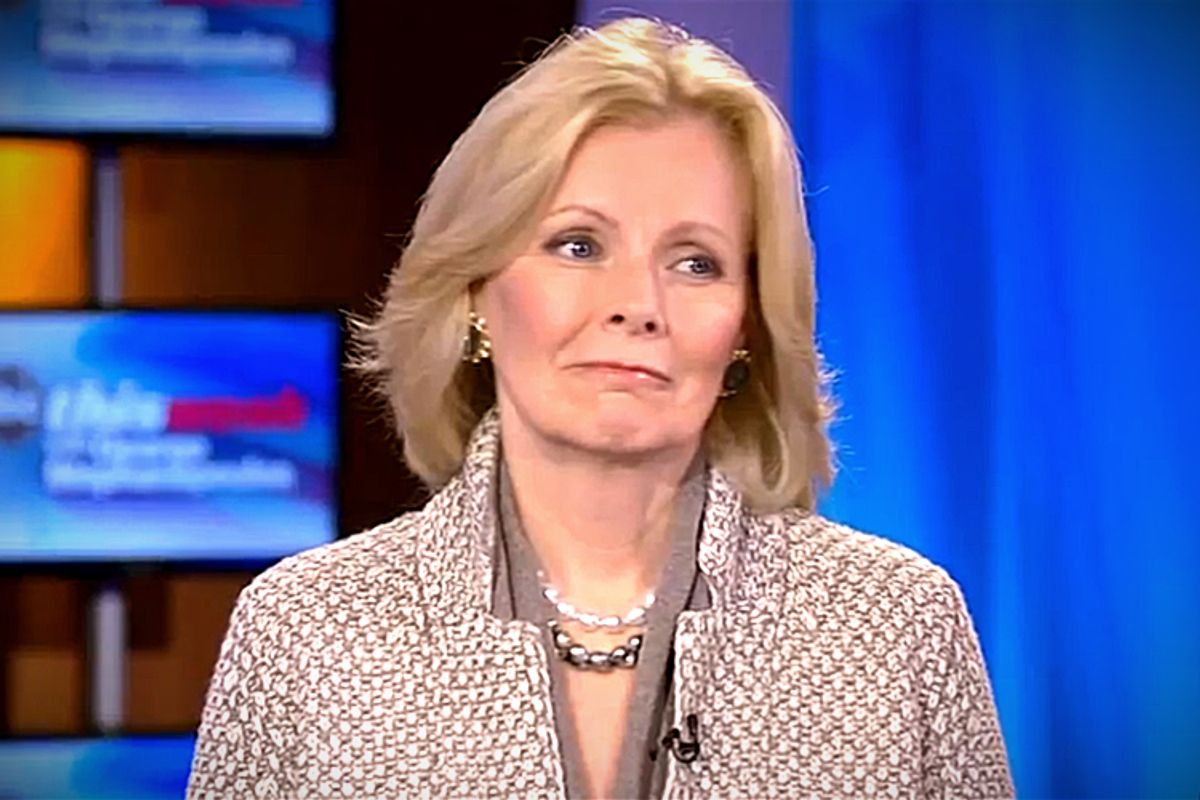 We all know sequestration is super boring and no one is paying attention to it, but our brave newspaper columnists have to press on and write about it nonetheless, so maybe we should forgive Peggy Noonan for being a little confused about the package of $1.2 trillion in spending cuts that will go into effect at midnight tonight.

In her Wall Street Journal column today, which thankfully lacks any attempts to read John Boehner's “vibrations,” Noonan ruminates at length about whom the American people will blame for the pain the sequester will inflict:

Everyone has been wondering how the public will react when the sequester kicks in. The American people are in the position of hostages who'll have to decide who the hostage-taker is. People will get mad at either the president or the Republicans in Congress. That anger will force one side to rethink or back down. Or maybe the public will get mad at both. [...] If the sequester brings chaos and discomfort, it's certainly possible the Republicans will be blamed. But it's just as possible President Obama will be.

Good analysis. If only there were some way of asking the American people, but that would be exceedingly difficult. Perhaps we could ask just a few of them, carefully selected to reflect the overall population. We could call it a poll!

Fortunately, some of Noonan’s colleagues are way ahead of me here and did just this, releasing their big Wall Street Journal/NBC News survey this week that showed the public is much more likely to blame Republicans than Obama for the sequester. It’d be one thing for Noonan to argue that the polls are wrong and the winds will change after the cuts actually go into effect, which may very well be true, but it's another to just ignore the existence of public opinion research altogether because it doesn’t confirm her narrative.

Moving on, Noonan argues that Obama may be blamed because “he's the chief executive of the federal government, and therefore capable of directing agencies to make sure all cuts are in wholly nonessential offices.” No, he’s not. The sequestration was specifically indiscriminate and blunt, cutting programs evenly and mercilessly across the board.

Congress tried to pass a bill this week to do exactly what Noonan erroneously thinks Obama can already do, but it was defeated in the Senate yesterday 38-62 and the White House had threatened to veto it anyway. Besides, the cuts are far too large to be confined to "wholly nonessential offices."

She goes on to say that Obama “doesn't even seem to think he owes” House Speaker John Boehner “even the appearance of laying down his arms for a moment and holding serious talks.” While it’s true that there have been no real negotiations, Obama and Boehner are meeting today, so that was probably worth mentioning.

But the derp is hardly Noonan’s province alone. With the cuts looming, the campaign arm of House Republicans has a plan.

On a new website created to hammer Obama on this, the NRCC writes, “As we rapidly approach Obama’s sequester, the president and his appointees are choosing to cut devastating segments of our economy, instead of the billions in documented waste.”

Billions in waste? This is wonderful news. Instead of furloughing all those air traffic controllers and meat inspectors, we can be cutting useless waste by the billions. So what does the NRCC propose?

The Medicare cuts to providers of 2 percent are expected to save about $11 billion, so in order to save Grandma, we just need to find 33,846 more robotic squirrels. Almost there!