Racism and sexism are killing the U.S. economy 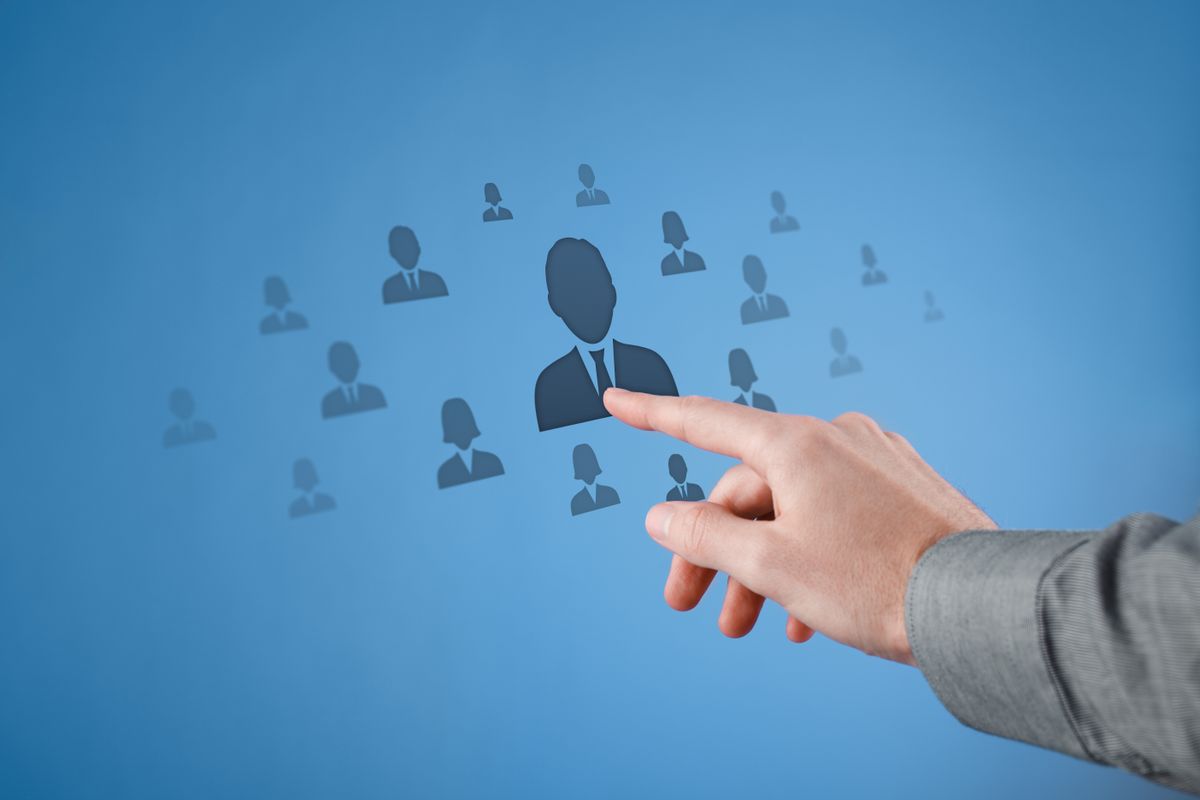 Discrimination isn’t just an insult to our most basic notions of fairness. It also costs us money, because those who are discriminated against are unable to make the best use of their talents. This not only hurts them, it hurts us all, as some of our best and brightest players are, in essence, sidelined, unable to make their full contributions to our economy.

Over the past half century, America has made considerable strides in reducing discrimination against women and racial minorities. But recent research suggests that we still have a long way to go. What’s even worse: Progress against discrimination – particularly racial discrimination — seems to have largely stalled out. And there are signs that other forms of discrimination are getting worse. --David Futrelle, Time Magazine

The struggle against social injustice is fueled by a narrative of moral appeals. The logic of good guys vs bad guys, and how the long arc of justice inevitably bends true is compelling and beautiful. In appealing to the heart, the hope is that the mind, and the body politic, will inevitably be moved in the direction of the Common Good, and towards a set of forward thinking and evolved public policies

My thinking about the nature of the Racial State, white supremacy, and social change has evolved over the years. In college during my black nationalist phase, I was compelled by a narrative of "justice" and how certain groups were inherently and deeply tied to various social evils that for reasons of selfishness and self-interest they could not abandon or overcome.

As I have gotten older, read more, learned how much I do not know, and read some more again, I now see how elite actors, working both against and with people on the ground can either serve Power, massage its reach, or change the terms of the social and political consensus.

The New Racism of the post civil rights colorblind era works through impersonal forces. Of course, the ugly hangovers of inter-personal violence and old school racism still exist in such manifestations as police brutality, hate crimes, stop and frisk, and a deep cultural hostility to black people which links us to apes and animals in the American collective subconscious--and which legitimates our murder by either street vigilante bigots such as George Zimmerman or juries that are more likely to give black defendants the death penalty.

The power of implicit bias and the deep veins of anti-black bigotry are topics which remain little discussed in "post racial" America:

Eberhardt described a number of other studies with similar findings. Instead of faces, participants saw a list of stereotypically White or Black names. Then they viewed a video with a gorilla in it. Only 45% of the participants exposed to the White names noticed the gorilla. But 70% of the participants who saw the Black names noticed the gorilla. “This idea of Blacks as apes pulls the gorilla out of darkness,” Eberhardt said.Given the findings of these studies—people exhibit a clear association between Blacks and apes—what are the social and political consequences? Eberhardt described an experiment based on the Rodney King case. Participants viewed a video of police officers beating a Black suspect. Participants who saw words associated with apes before watching the video believed the officers’ actions were more justified, compared to participants who did not see the animal imagery.

In addition, news articles of Blacks who received a death sentence contain more animal language than the articles of those with life sentences. “So not only are Blacks associated with apes, but this association is linked to justifications of violence and death,” Eberhardt concluded. “It’s almost as though the rules for what moral treatment is get shifted for Black suspects and defendants.”

Because the inequalities of race (and gender) work impersonally and structurally in neoliberal, 21st century, corporate-democracy "multicultural" America, the most powerful way of overcoming them, is by appealing to a basic, material calculus of shared self-interest in the service of realpolitik.

For example, Dr. King and the other brave Freedom Soldiers he struggled and died with, "won" the Civil Rights Movement because of their pressure on the United States government in the context of the Cold War. Elite interests were served by making some concessions--some basic, others radical--and dismantling formal Jim and Jane Crow.

Thus one must ask, without the Cold War, would the Civil Rights Movement have been successful? The counterfactual scares me.

While not surrendering to a crude materialism, I have long been telling folks that racism's (and sexism's) greatest social evil is how it generates a net loss on the economic and material productivity of the United States. This economic inefficiency has a direct impact (both positively and negatively) on the life chances of all Americans.

Job market and other discrimination limits the returns on educational investment for people of color and women. Wealth and income inequality can also be traced to such "bad behavior" as discrimination in all of its forms. Moral appeals are great. But appeals to more economic growth and shared uplift, are to my eyes, even more compelling reasons for confronting both day-to-day, as well as structural racism and sexism.

David Futrelle, writing in Time magazine, would seem to agree where he offers up the following analysis:

Before we get to the recent research, let’s look at the ways discrimination hurts us. Economists see discrimination as a form of economic inefficiency – a massive, systematic misallocation of human resources. Those in the discriminated-against groups can’t bring their full talents to the table, languishing in jobs that are in many ways “beneath them,” while less-talented members of more privileged groups take high-powered, high-paying jobs that are beyond their abilities, dragging down everyone with their relative incompetence.Economists describe this, drily, in terms of “human capital frictions” that impose “a group-specific tax for each occupation on the inputs into human capital production,” as one recent paper puts it.

But the costs of discrimination are depicted in a much more memorable manner in the show Mad Men, particularly in its earlier seasons. The show, as many of you no doubt are aware, takes place in an ad agency in the 1960s that’s basically one big boys club, in which talented women are relegated to being support staff for ad men who are in some cases little more than amiable drunks.

Much of the drama of the first couple of seasons centers around the rise of a new hire named Peggy Olsen, who starts working at the firm as a secretary and whose considerable talents as a writer are only noticed by the men of the firm essentially by accident. And it goes without saying that the boys club is also an all-white club.

[Given their love of "free markets" and their worship at the altar of unrestrained greed, one would think that true conservatives and Republicans would be the fiercest proponents of anti-racist policies, as they would unleash the American economy by removing market inefficiencies.

Maybe contemporary Republicans do not really believe in free markets, and would rather engage in rent seeking behavior, as well as getting paid of off other scams?]

Systemic white racism has served as one of the greatest subsidies from one group of people to another in the history of the United States. While many of them, especially on the Right, may complain and cry about how black and brown folks (and women) are "protected classes," white men have collectively been given trillions and trillions of dollars in wealth transfers, stolen land, resources, and other benefits which were denied to those not in that cohort.

In America, affirmative action (as viewed through the lens of its most pernicious caricaturizations by contemporary conservatives) has truly been white...and male for centuries. Thus, a great contradiction. The White grievance politics of the Right are prefaced upon a sense of white disadvantage: the insecurity felt by many white men is a direct response to a sense that they are "losing" the most in today's economy.

However, many on the Right are ideologically driven to deny the empirical fact that racism against people of color exists and profoundly impacts our life chances--even in the Age of Obama. Yet, there is a deep sense that the unearned privileges that come with being white (and male) in American society are being stolen away by the "undeserving" minorities, immigrants, and women.

I would suggest that this anxiety, hostility, and fear is understandable. White men as a group have been subsidized by the State for centuries. Ultimately, the mediocrity of Whiteness, and white men in particular, has been cultivated and encouraged by the Racial State from slavery, through to Jim and Jane Crow, and in the colorblind racism and institutional discrimination of post civil rights America.

As such, for decades even semi to low skilled white men in the labor market could buy a home, get promoted, move up, accrue resources, and eventually retire at a reasonable age, because of an insular and restrictive labor market in which they did not have to fully compete with women and people of color.

In an age of austerity, will elites pursue a strategy of fully mobilizing all of the human capital in American society in order to have greater gains for us all? Or will there be a White backlash, where an alienated and aggrieved group of human mediocrities on the White Right and the Tea Party GOP work feverishly to keep their share of a shrinking resource pie?

If anything the Tea Party was/is a herrenvolk organization that wanted to keep resources for white folks like them, at the expense of any other group not considered part of their particular "real America nation." Did they have the right idea at the wrong time? Or did they just overplay their hand?