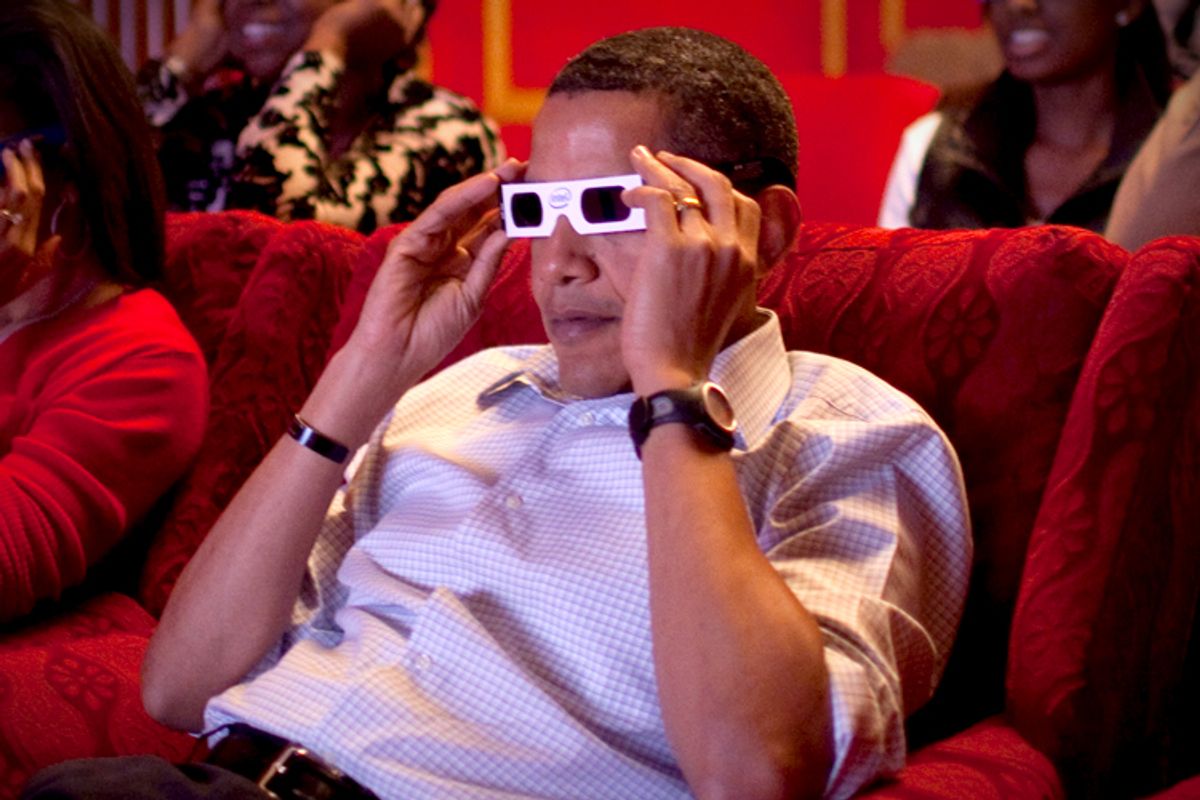 In his press conference today, President Obama said he was unable to perform a "Jedi mind meld" with Republicans in Congress in order to convince them that they ought to trim spending and avert the sequester. However, the president -- with much else on his mind -- has conflated two sci-fi franchises.

In the "Star Wars" films, a "Jedi mind trick" is a way of using hypnosis -- perhaps accompanied by a subtle hand gesture -- in order to convince someone of something contrary to fact. Most famously, Obi-Wan Kenobi convinces Darth Vader's stormtroopers, about to steal C-3PO and R2D2, that the two fleeing robots "aren't the droids you're looking for."

A "mind meld," in "Star Trek," is performed by Vulcans in order to convey history, thoughts and information, as well as to learn about the subject's motivations. In "Star Trek IV: The Voyage Home," Spock mind-melds with two humpback whales in order to tell them that the passengers of the "Enterprise" wanted to help them save Earth.

President Obama is often compared to Spock, the mind-melding Vulcan who is certainly not a Jedi, though he has rejected those comparisons. However, he is a fan of the series, making the "Live long and prosper" hand sign in the Oval Office with "Trek" star Nichelle Nichols. Perhaps he's trying to distance himself further from Spock by blithely mixing up the two rival sci-fi franchises.

One person who has to be happy about this "Wars"/"Trek" fusion? J.J. Abrams, who is set to direct the new "Star Wars" film along with his "Trek" sequels.