This "Walter White" is female, one heckuva role for an actress on the most female-centric network of the big four 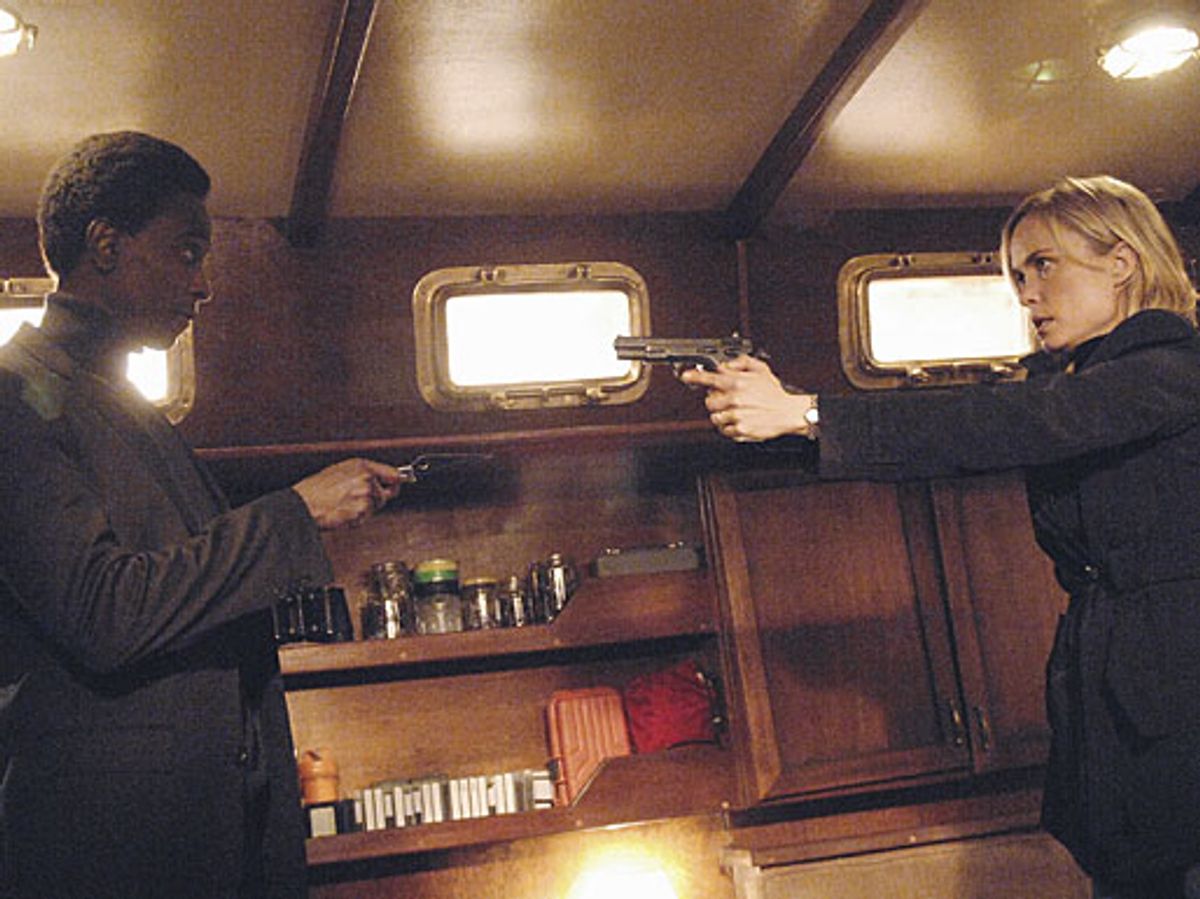 ABC's “Red Widow,” based on a Dutch series and adapted by Melissa Rosenberg, the author of the “Twilight” screenplays, sounds like a TV show with potential. It stars Radha Mitchell (Woody Allen’s “Melinda & Melinda") as Marta Walraven, a mother of three, a daughter of the Russian mob, and the wife of a long-haired, surfer-spirited dude named Evan (“Hell on Wheels'” Anson Mount, looking nearly as rugged) who runs a very mellow marijuana importing business. Well, it’s mellow until his ambitious business partner and Marta’s shady brother Irwin gets him into the coke business. Before the first hour of Sunday’s two-hour premiere is through, Evan has been shot dead in the driveway of his home and Marta is compelled by the very powerful and dangerous underworld boss Schiller (“ER’s” Goran Visnjic) to pay off Evan’s debt by continuing his business. In other words, “Red Widow” looks to be a corruption tale along the lines of “Breaking Bad,” but with a woman doing the breaking.

ABC is the most female-centric network of the big four. “Red Widow,” which is nothing if not one hell of a part for an actress, fits right in while also standing out: It has much less froth than most of ABC’s other female-led series — “Scandal,” “Nashville,” “Revenge,” “Grey’s Anatomy” and “Once Upon a Time” —  but without having quite as much grit as it should. “Red Widow” is a moody, dark tale of a woman with collapsing options who has to make the best out of a pile of terrible choices, if that moody, dark tale needed to appeal to a wide audience — so not that dark. Marta, whose husband has just bled out in front of her and her youngest son, appears “shattered” for a very short period of time before she digs deep and gets “strong,” ready to do whatever she has to for her family.

That youngest son, the 6-year-old Boris, speaks directly to “Red Widow’s” promise: With a floppy, blond mod haircut and huge puppy-dog eyes, he’s a character from a much more troubling, interesting show. He tremblingly brings a gun to school to deal with the bully who has been terrorizing him. Expelled, he witnesses his father’s murder, and later, wets his pants when he hears a motorcycle going by in the street. But his older brother seems to have been dropped in from CW central casting, a handsome kid who knows about his father’s work and is eager to help his mom out in her new criminal ventures. The middle daughter, just beginning to figure out there is some sort of illegality going on, barely makes an impression.

Meanwhile, Schiller, the crime boss, is a total hunk. (If you ever wanted proof of the hegemony of the beautiful in American TV, watch the trailer for the original Dutch version of this show, “Penoza,” and see how normal-looking Marta’s beloved husband is.) The fact of his hunkiness and Marta's beauty introduces a whole set of possibilities that could be interesting — Schiller treating Marta differently because she’s an attractive woman and vice  versa is the sort of setup “The Americans” could knock out of the park — but I fear it will just end in standard TV math: Time x 2 hot people who hate each other = 2 hot people who definitely don’t hate each other. After two hours of “Red Widow," I can tell it's more watered down than it should be, but not if it's watered down to the point of uselessness. If it can get at, to any extent, the way being a lawbreaking, badass, antiheroine might be fundamentally, complicatedly different from being a lawbreaking, badass, antihero I'll keep watching.