Environmentalists are already criticizing the report, which supports the pipeline extension 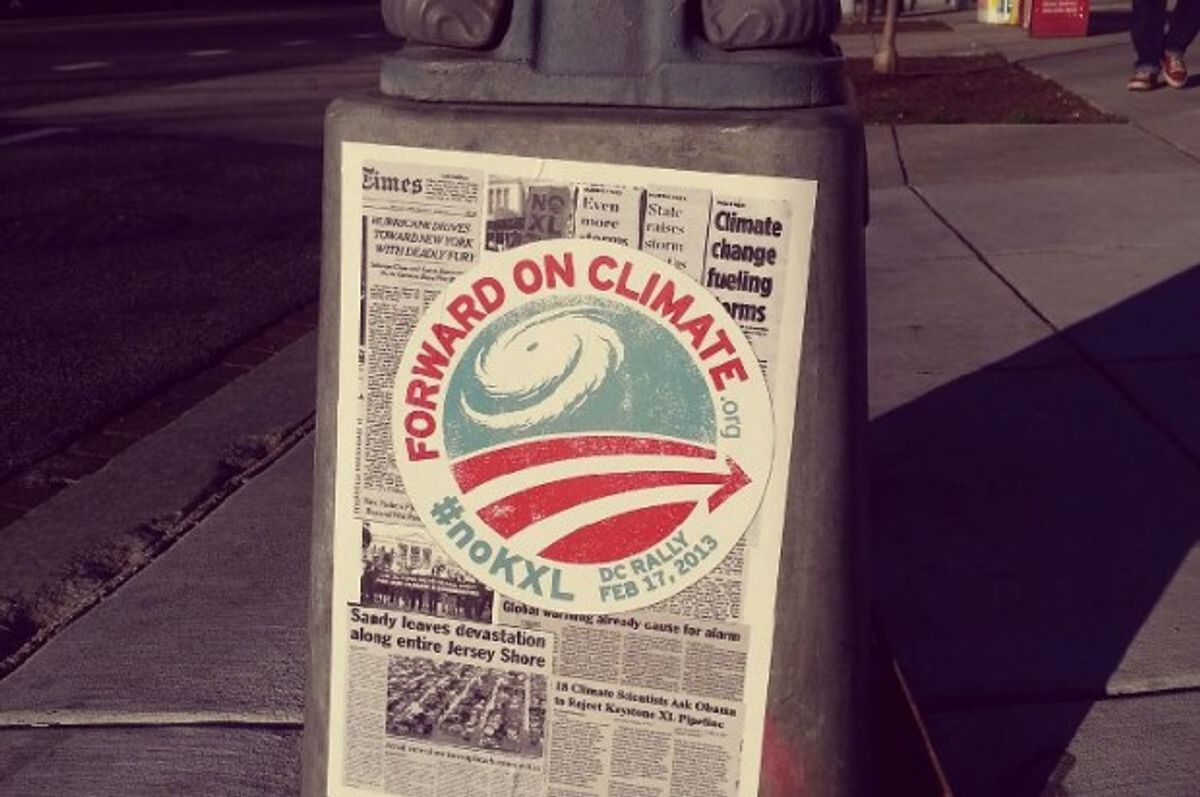 To the chagrin of environmentalists opposed to the construction of the Keystone XL pipeline, a State Department report released Friday afternoon stated there is no conclusive environmental reason it should not be built.

The report makes no recommendations for the president's anticipated decision on whether or not to approve the project, which will carry crude oil from Alberta’s tar sands to the Gulf Coast, while -- according to opponents -- producing high levels of carbon emissions, disturbing communities and adding to the coffers of oil magnates such as the Koch brothers. Friday's lengthy report suggests environmental objections have been overestimated by the project's critics. Via the New York Times:

The draft report, which updates a 2011 study that essentially gave the project a green light, carefully weighs the impacts of the pipeline, which would carry about 800,000 barrels a day of heavy crude oil from tar sands formations in Alberta across the Great Plains to Gulf Coast refineries.

President Obama rejected the original route proposed by the pipeline operator, TransCanada, because of potential adverse impacts on sensitive grasslands and aquifers in Nebraska. The new environmental statement looks at a revised route submitted by TransCanada last spring.

The new impact statement says that extracting, shipping, refining and burning oil from the tar sands produces more climate-altering greenhouse gases than most conventional oil, but less than many of the project’s critics claim. The State Department study says that tar sands oil produces 5 percent to 19 percent more greenhouse gas emissions than other crude, depending on what oil was compared and who performed the calculations.

Perhaps most interestingly, the report suggests that with or without the Keystone XL, the oil industry will likely continue to develop the oil sands and that the demand for heavy crude in the United States will not diminish either way. It's a dark message to environmentalists, suggesting that the tar sands battle is lost.

However, within hours, environmental groups have pushed back against the impact statement, asserting the importance of stopping the Keystone XL in its tracks. Oil Change International's executive eirector Stephen Kretzmann released a statement noting:

Amazingly, the State Department concludes “the proposed Project is unlikely to have a substantial impact on the rate of development in the oil sands." Please. If this were true, why would the Canadian government and the oil industry be hell bent on building it?  They know it's key to their expansion, and so do we.

In addition, by dismissing emissions associated with petroleum coke produced by the diluted bitumen the pipeline will carry, the State Department is underestimating the climate emissions of the pipeline by at least 13 percent.

While State conducted a wide-ranging discussion of petcoke emissions from refining tar sands crude (including our recent report), they still dismissed the impacts these would have by making coal-fired generation cheaper and dirtier globally. By dismissing petroleum coke, the State Department is conveniently overlooking at least 5 coal plants worth of emissions. These are not rounding errors; they are huge holes that cause us to question the validity of State Department’s analysis.

The report will reaffirm analysts' opinions that Obama is likely to approve the pipeline, which, despite the State Department's environmental OK, will serve as an early litmus test for his Inauguration promise to combat climate change.