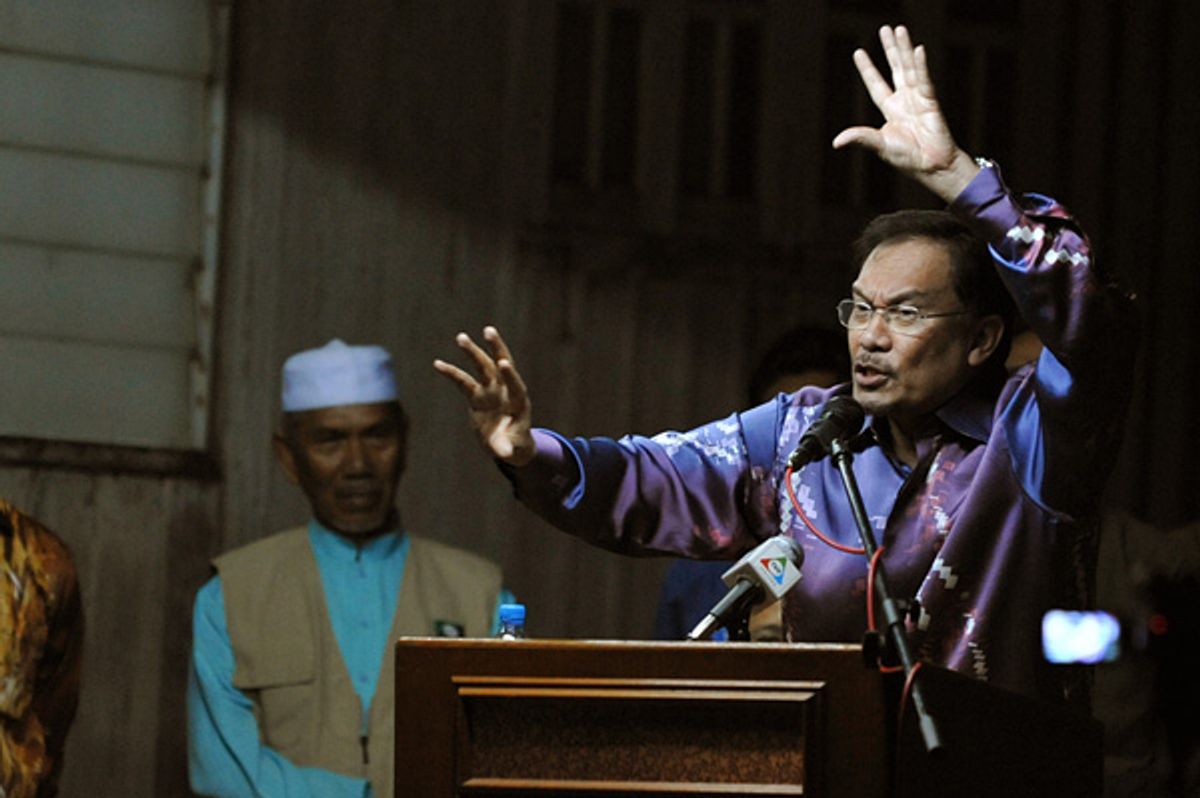 A DoJ filing revealed that Joshua Trevino, a conservative pundit, received $389,724.70 under contract with the Malaysian government and paid smaller sums to a series of conservative writers to criticize Malaysian opposition politician Anwar Ibrahim.

According to Trevino's belated federal filing, the interests paying Trevino were in fact the government of Malaysia, "its ruling party, or interests closely aligned with either." The Malaysian government has been accused of multiple human rights abuses and restricting the press and personal freedoms. Anwar, the opposition leader, has faced prosecution for sodomy, a prosecution widely denounced in the West which Trevino defended as more "nuanced" than American observers realized. The government for which Trevino worked also attacked Anwar for saying positive things about Israel; Trevino has argued that Anwar is not the pro-democracy figure he appears.

The federal filing specified that Trevino was engaged through the lobbying firm APCO Worldwide and the David All Group, an American online consulting firm. The contract also involved a firm called FBC (short for Fact-Based Communications), whose involvement in covert propaganda prompted a related scandal and forced an executive at The Atlantic to resign from its board.

In 2011, when Trevino lost his Guardian column over reported undisclosed relationships with Malaysian business interests when he wrote on Malaysia, he denied claims that he had accepted any payments from Malaysian entities. "I was never on any 'Malaysian entity's payroll,' and I resent your assumption that I was," he told BuzzFeed's (then-Politico's) Ben Smith in 2011. He told Gray that he "ought to have come clean with [Smith] at the time."

However, Trevino and other writers he paid to write against Ibrahim have stood by their work, arguing that they were only writing what they already thought and were not censored  or guided in any way. Conservative writer Ben Domenech made $36,000 from Trevino and published stories on Malaysia for the San Francisco Examiner as well as one for the Huffington Post. He told BuzzFeed:

I did not ever have anyone looking over my shoulder for what I wrote, and the guidance really was just to write about the political fray there and give my own opinion," Domenech said. "Of course, Josh picked me knowing what my opinion was -- I stand by what I wrote at the time and I continue to be critical of Anwar Ibrahim, who I think is a particularly dangerous fellow.

This is not the first time U.S. journalists have served as paid shills for foreign governments. Conservative writer and Washington Free Beacon founder Michael Goldfarb was the partner of a lobbying and public relations firm, which received $180,000 from the Taiwanese government to further the country's "strategic goals." As the Nation reported last year, the Free Beacon had "a particular fascination with promoting weapon sales to Taiwan. In addition to daily hits on the Obama administration and Democrats, the Free Beacon has multiple posts calling for more F-16 fighter jet sales to the island nation, and has branded skeptics of militarization as 'pro-China' activists. The site, however, fails to disclose the fact that its sponsor is a lobbyist for a firm dedicated to helping Taiwan advance its policy agenda."